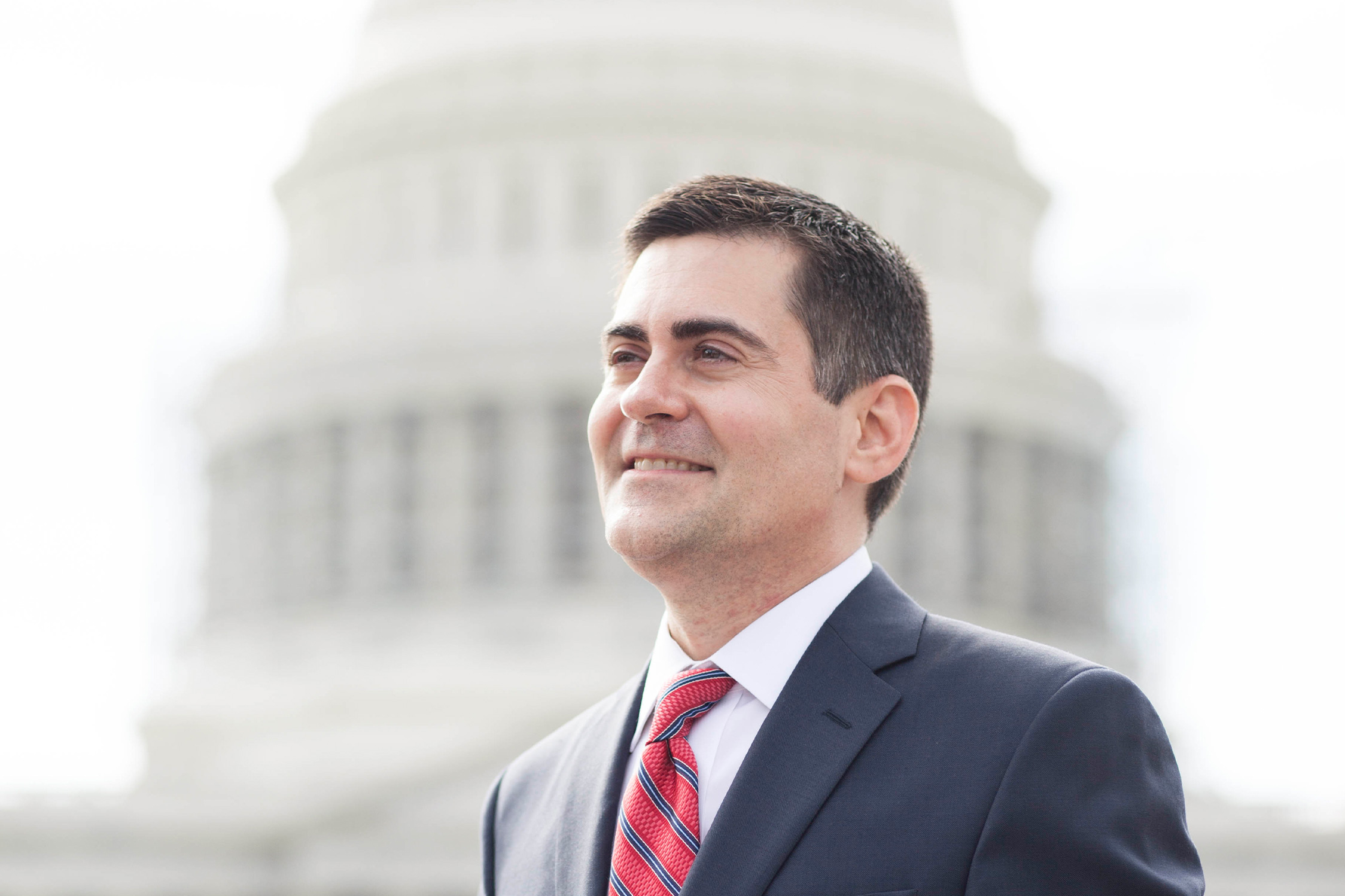 In 2o15, when then-candidate Donald Trump was enjoying a surging popularity among white evangelical voters, Dr. Russell Moore became one of his most prominent critics. As head of the Ethics & Religious Liberty Commission, the public-policy arm of the Southern Baptist Convention, Moore had influence among the country’s largest group of Protestant Christians, and his opposition to Trump ignited no small amount of controversy among Southern Baptists.

Following the insurrectionist riot in the U.S. Capitol earlier this month, Moore was among the first prominent evangelicals to call on Trump to step down before his term ended, breaking with the large numbers of white evangelicals who continued to support Trump.

Now, as a new President is inaugurated and a new administration pledges to cast a very different vision for the future of the country, we talked to Moore about his feelings about the last four years …and the next four.

[This conversation has been edited for length and clarity]

In your post written in the immediate wake of the storming of the Capitol, you said you didn’t want to say “I told you so.” Can you unpack that a little?

Well, I think that it’s not helpful to say to one another, “I told you so,” precisely because we ought to be open to changing our minds on all kinds of things. I don’t like the mentality that goes around a lot right now, which is to say, “If you are on the other side of me then we can never be together. Not just that we can never work together on some other issues, but we can never work together on this issue, because I don’t expect you to ever change your mind.” I look back at a lot of people in my life who gave me an on-ramp to be able to see their point of view. And I’m really grateful that they didn’t give up on me and say, “You can never change your mind.”

We all like the idea of unity and working together despite our differences, but it feels like, for Christians, the purity test for what we can agree to disagree about is getting more and more intense. Are there certain disagreements that are more important than unity?

Well, I think if we look back at the New Testament, many of these questions were there then. If there are issues that are going to cause the Gospel to be compromised in terms of our witness to the outside world or to one another, that’s in a very different category than differences of opinion that we might have with one another. And then there are issues that are going to hurt vulnerable people; I can’t say it’s divisive to talk about caring for the man who is beaten on the side of the road to Jericho. We have to show mercy, even if that mercy is seen to be divisive.

You also wrote about the loneliness that you’ve felt in opposing Trump over the years. That’s something we at RELEVANT have definitely heard from a lot of Christians. It was not a popular position.

I’ve heard that from tons of people over the years, but maybe especially this week. It’s a different kind of loneliness because it’s not just that one has a different point of view than someone else. It’s because we’re in a moment where often that point of view is responded to with a threat of exile. We’re in a moment where politics is so ultimate-feeling to everyone that this becomes a tribal identification. “If you’re not completely and 100% on board with me, then that means that you’re not a part of me.”

What’s your sense of how this happened? How has politics become so hyper-intwined with the Church that it feels almost doctrinal at this point?

The other part of it is the armchair political punditry that everyone does now can give an illusion of life. Walker Percy talks about that in The Moviegoer. Binx Bolling, the protagonist, goes to the library to read the liberal and conservative magazines. He didn’t know who he agreed with, if either, but the hatred that they had for each other gave him a feeling of life. And I think that’s really true in American life right now.

It can give a sense of, like the jolt of electricity into a dead frog, a twitch for people who have grown numb. I think that’s one of the reasons why in the New Testament so often there’s warning against quarrelsomeness. It’s listed together with sexual immorality, because they’re not that different. When I’m talking to someone who’s been unfaithful in marriage, almost never was it sexual, primarily. It starts with this sense of someone wanting to have an illusion of feeling the way that they did in high school or college. And I think this political, “You’re evil and you’re destroying our country” typed out on Facebook can do the same thing in terms of mimicking a mission in life.

A theory you see thrown around a lot is that evangelicals are extra invested in armchair punditry because they’re obsessed with the apocalypse and are mapping different end times theories onto current events. Do you agree with that?

If one actually looks at the actual apocalypse in the book of Revelation, what one sees is a peering behind the veil that says to the people who are in a really difficult situation in the Roman empire that the ones who are seated on thrones with the reigning Lord Jesus are those who were beheaded. So there’s a different sense of triumph than what one would see from Caesar, and you can endure. This is a call to endurance to those who can overcome, which means that there’s going to be a certain kind of detachment and also a certain kind of tranquility that that can come for people who really do understand that there’s more going on than what I can see right now.

And when that’s absent, everything turns into a Flight 93 moment. You can see that in the national political rhetoric where everything’s always, “We’re going to lose our country.”

I remember saying to my wife when I first came into this position, “If you ever hear me say the words: ‘This is the most important presidential election in our lifetime…’ here are the people to call to come take the keys away from me,” because I’ve been hearing that all my life. But I see that happening in churches where some disagreement with the pastor turns into a moment where the future of our church is at stake. We have lost the ability to say, “I’m just kind of irritated by that,” as opposed to, “This is something I love” or “This is an existential threat to me that we will not survive, and nothing else.” That’s unhealthy.

Do you think the American Church can extricate itself from this spiral?

If one thinks about the old book Exit, Voice and Loyalty, about the fact that one can often choose to exit or to remain and exercise a voice. I think we have to be the people who are choosing voice more than we’re choosing exit. Right now, there are many people who have grown discouraged and they’ve grown cynical and they’re just leaving. I’m having this conversation every day with people. I would just say that we can’t give up. We have to really understand that this is important for us to stay in this.

Are you worried about the future?

My attitude is similar to that of the old environmentalist/almost-anarchist Edward Abbey, who said that, “I’m a long-term optimist and a short term pessimist. And by short-term, I mean the next 5,000 years.”

What’s your prayer for Joe Biden over the next four years?

I pray for Joe Biden in some ways what I would pray for any president or any leader: for wisdom and humility but especially for him, right now, I’m praying for the ability to unify. We’ve got to get beyond this. To use the lyric from Larry Norman, “Do you really think the way to bring about the peace is to sacrifice your children and kill all your enemies?” That’s sort of the mentality that that is politically short-term useful in America right now, and we have to have people who are willing to short circuit that and to say, “I’m willing to listen to views I disagree with and to grow.”

Honestly, President Obama and I disagreed on a lot of things. We agreed on some things too. But he was always willing and eager to listen to people who disagreed with him. I think Joe Biden has shown that in the past, and I hope that that’s the way that he decides to be as President. And what that’s going to mean is saying, “There are going to be some things that would make my base happy if I said or if I did, and I’m going to have to take into account the whole country and maybe disappoint people who support me just like I will disappoint people who oppose me sometimes.”