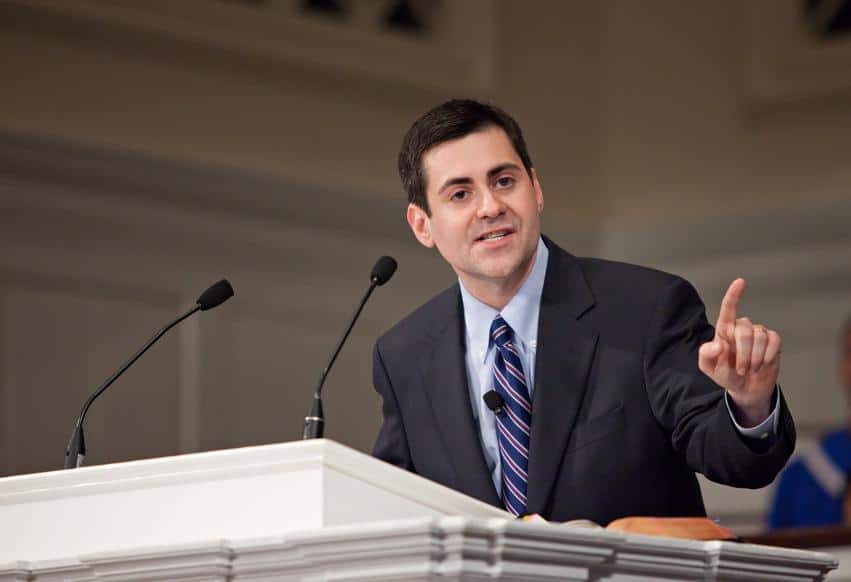 Earlier this week, the Southern Baptist Executive Committee announced it would be launching a task force to look into claims that some churches may have decreased or stopped giving to the Ethics and Religious Liberty Commission over some comments from its president, Russell Moore. Now, in an open letter, the ERLC Executive Committee is denouncing the task force advising their organization and Moore himself not to comply with the inquiry.

The task force was likely sparked by anecdotal stories about some church leaders’ uneasiness with Moore’s criticism of President Donald Trump’s rhetoric, which Moore has called “vitriolic — and often racist and sexist.” Moore’s comments were severe enough to warrant one of Trump’s famously aggrieved tweets, in which he called Moore a “terrible guy with no heart.”

In a press conference, chair of the Executive Committee Mike Stone said he had heard that some churches are withholding or decreasing their funding to the ERLC because of Moore’s anti-Trump stance, and said this new task force would investigate such stories. But it appears the ERLC Executive Committee has no plans to cooperate. In their open letter, the committee laid out five reasons for their opposition.

The committee said that the task force would be encroaching on resources and responsibilities allocated to the committee itself. “The appointment of this task force can be taken in no other sense than a vote of no confidence in the ERLC Board of Trustees, which is both insulting and, in our view, inappropriate and out of step with Southern Baptist cooperation,” the letter stated.

The letter also implies that the ERLC’s trustees were not informed or consulted about the creation of the task force, which they claim is a violation of the SBC’s bylaws.

At the letter’s close, the committee suggested the creation of a task force be put before the body at the upcoming SBC Annual Meeting, saying it would be “happy to entertain questions” if the messengers approved.

“Until then, we are instructing Dr. Moore and the ERLC not to comply with it until messengers have an opportunity to signal their belief that such a task force is appropriate and legitimate.”

The SBC has yet to respond to the letter.