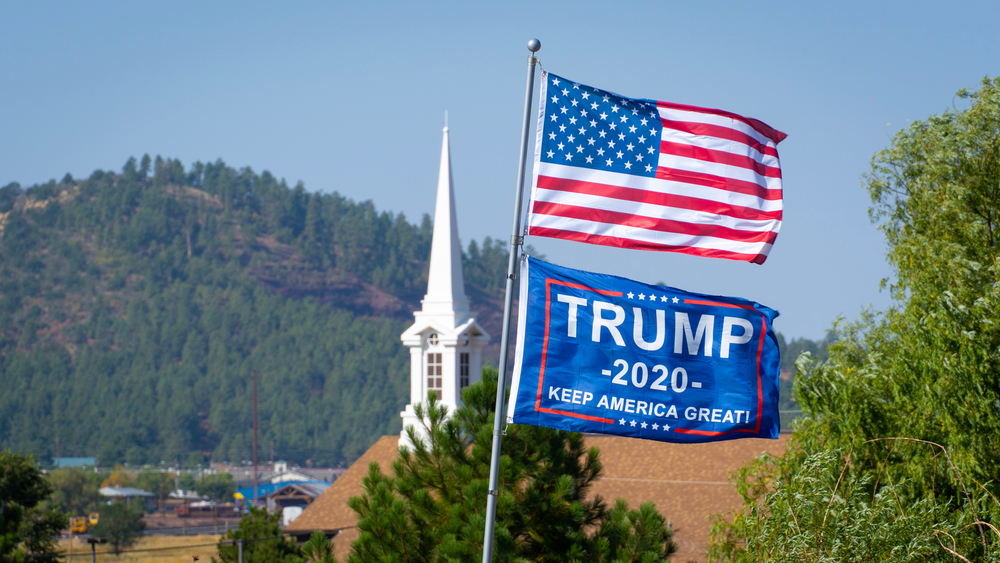 Is the Christian vote on the table in November? That depends on who you ask. Polls have been all over the map on the question of Christian support for President Donald Trump’s re-election, either suggesting Trump is losing support, gaining support or, possibly, maintaining about the same level of support but for new reasons. But given Trump’s myriad scandals, including infamously gassing a crowd of peaceful protestors so that he could take that photo, a few Christian political leaders on both sides of the aisle think the Christians who carried Trump to victory in 2016 could be swayed to vote otherwise this year. And now, they’ve got a Super PAC to do it.

The group is called Not Our Faith. Using some high-priced TV and digital ads, a coalition that includes both Obama’s former faith advisor and Texas Republican Tom DeLay’s former aide is attempting to convince voters that “Christians don’t need Trump to save them …Trump needs Christians to save his flailing campaign.”

“Donald Trump could have upheld faith in America. He could have lifted up what is good and true about our faith,” the group’s new ad notes. “Instead he has used Christianity for his own purposes. He does not value faith. Not really.”

Of course, not all voters agree with the argument Not Our Faith is making. Trump has secured some splashy endorsements from Christian leaders like John MacArthur and Franklin Graham. And then there are leaders like Al Mohler, head of Southern Baptist Theological Seminary, who’ve plans to vote for Trump while making it clear they don’t particularly like the guy.

But Biden is enjoying more Christian support than Hillary Clinton did in 2016, largely thanks to his focused outreach to various faith groups. Billy Graham’s granddaughter Jerushah Duford, former US ambassador for religious freedom Susan Johnson Cook; former general secretary of the National Council of Churches Michael Kinnamon; and Gene Robinson, a former bishop in the Episcopal church, are among the high profile Christians publicly backing Biden.

Of course, the Not Our Faith ad doesn’t mention Biden at all. In that sense, it seems less like a pro-Biden ad and more like an anti-Trump one.

Trump has trailed his Democratic rival Joe Biden in the polls all year, and while white evangelicals continue to support him in overwhelming (if slightly diminished) numbers, Trump appears to be struggling with other Christian traditions in the U.S. The polls are helpful for understanding trends but, of course, Trump has beaten long odds in the past.