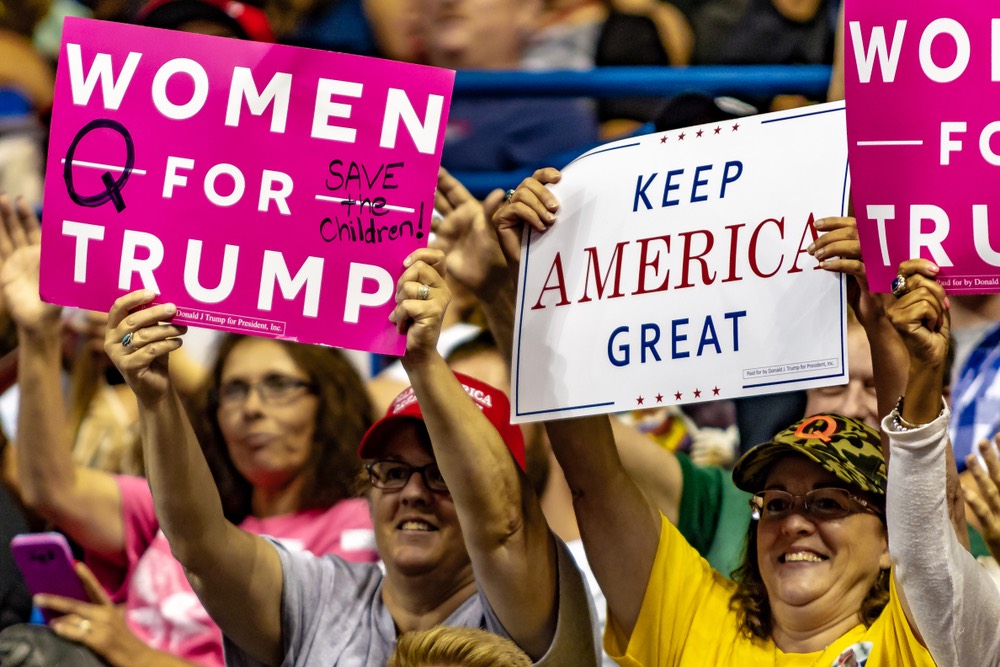 A new study from the Public Religion Research Institute shines a light on a likely trouble spot for President Donald Trump’s re-election hopes: women. While white evangelicals remain far and away Trump’s most reliable support base in the country, white evangelical women are less likely to be on board than men are.

According to the study, 59 percent of white evangelical women say they have a “favorable impression” of Trump. That’s well over half, but it’s far behind the 69 percent of men who say the same.

The gender gap is even bigger among members of the Church of Jesus Christ of Latter-Day Saints, where just 45 percent of women held a favorable view of Trump compared to 64 percent of men.

On the surface, this isn’t terribly surprising. Trump has long struggled with his appeals to women voters and nationally, women are far more likely to say they are Democrats than men are. But the gender gap is greater for Trump than it has been for past presidents.

There are a few potential reasons for this. One is the numerous allegations of sexual misconduct leveled at Trump by women — allegations bolstered by Trump’s own comments about women and sexual assault.

Another possibility is that Trump’s strong, coarse language at his campaign rallies and on social media may be perceived differently by men and women. What men may characterize as “tough talk” or “strong leadership” might sound more like “bullying and bluster”, as Liberty University professor Karen Swallow Prior told HuffPo.

But Prior also acknowledged that Trump’s anti-abortion rhetoric creates a difficult bind for white evangelical women, who may not have “favorable impressions” of Trump but still see his agenda as worth a vote.

“It’s requiring some of us to really think through a more holistic life ethic,” she told the outlet. “Is a vote for Trump a vote for life — or is it a Faustian bargain that will destroy our movement in the end? This is the question I’m asking along with many other evangelical pro-life women I know.”

The good news for Trump is that white evangelicals don’t appear to be going anywhere. While most groups’ opinions of Trump declined following the announcement of the impeachment hearings, his ratings among white evangelicals’ ratings actually slightly improved over the course of 2019.