Andy Stack is reading about dog adoption. Not just generally speaking — it’s literally what he answers the phone, trying to sort through new ways to fill his whiling pandemic hours. He’s got an eye on one dog in particular who’s taken a shine to him and he thinks he’s ready to fill out the paperwork.

“I think she’s got some pit in her, Stack says. “That seems pretty clear. And then beyond that, it’s anybody’s guess. Maybe some Jack Russell. She’s got these very tall ears, like bull terrier or Jack Russel terrier ears that point straight up. And I’m not sure where that came from. She’s just medium-sized but she’s only five months old, so she’ll get a little bigger.”

When asked about the rigors of taking a dog on the road for tour, Stacks admits it might be an issue. “I think short of people who are touring at the mega star level, it’s not really an option. I don’t know if you know this but—” he pauses to allow just the barest hint of a wry chuckle — “We’re not.”

As one half of Wye Oak, it’s probably true to say Stack is not at the mega star level. But there are different types of stars and different types of levels. Maybe Wye Oak isn’t selling out arenas at the Billie Eilish level, but the Baltimore natives have built a handsome career of indie rock classics, effortlessly evolving their sonic and lyrical landscape to shift and move not just with the careening whims of culture but also with their own growth as artists. Their latest project No Horizon brought in the Brooklyn Youth Chorus, for crying out loud. Not just for one track. For all of them.

Stack is refreshingly honest about how deliberate Wye Oak is about all this. “We’ve had a long enough stretch of time where we are just continuously shifting and evolving and defining ourselves that it’s come to be one of the defining things about the band,” he says.

“Early on, this feeling of expectation around being a certain thing or checking the boxes of what it is to be a band, it was damaging for our friendship and for our collaboration and all these different things. And a lot of the shifts that have happened in the band have happened really because, if we were going to continue, then there was really no other way, but to redefine ourselves pretty consistently. So it’s good.”

He says he and his fellow bandmate Jenn Wasner are interested in how they’re growing as artists — even if there’s no real way of knowing what direction they’re growing right now.

“It’s such a different experience releasing music at this moment than I’ve ever had before,” Stack admits. He is talking, of course, about COVID-19. No Horizon released on July 31 — well after the new normal had faded from view but before anyone had gotten a grip on just how far off the rails the whole affair had gone.

“It feels like this weird mask, this alternate reality, from what I’m experiencing and everyone around me is experiencing,” Stack says. “I’m speaking hypothetically about a lot of this stuff because my real life feels fairly distant.”

No Horizon was all written and recorded long before COVID-19 hit, so any impulse to read any pandemic content into the lyrics is a waste of time, no matter how understandable. (“People are really good at projecting, for better or worse. And that’s one thing that art is for.”) But even Stack can’t help but look for ways that his music has fresh relevance to our bizarre new context, and he says he’s found a few whispers that seem a little prophetic given the benefit of hindsight. Particularly the band’s new song “No Place.”

“That’s all about living in this no place. In this in-between, nothing space,” he says. “It’s an emotional void. And when all this stuff started happening, it felt really eerie. That was not really something that could be predicted, but it’s a universal sentiment.”

Stack doesn’t attribute the lyrical mirror to any sort of actual premonition. He just believes that any honest interpretation of the human experience can find a home in any context, no matter how strange.

“That has happened with pretty much everything I’ve ever done,” he says. “I’m sure Jenn would say the same. There’s a cyclical nature to emotion. I think that’s where it comes from.”

Stack is interested in this idea of where things come from. He brings it up a lot, and works hard at describing the frame of mind he tries to get into in order to tap into something that feels real and important.

“The best path toward making a song that I don’t hate is figuring out a way to dissociate and go into some sort of — I don’t know if it’s higher or lower — this plane of being,” Stacks says. “Getting to that place where it doesn’t feel like it’s coming from me, but it’s coming from some other place. I don’t really know what that place is.”

He’s trying to explain that all of this — the musical evolution, the lyrical pertinence — it’s both deliberate and just a result of trying to tap into something deeper and, hopefully, truer. 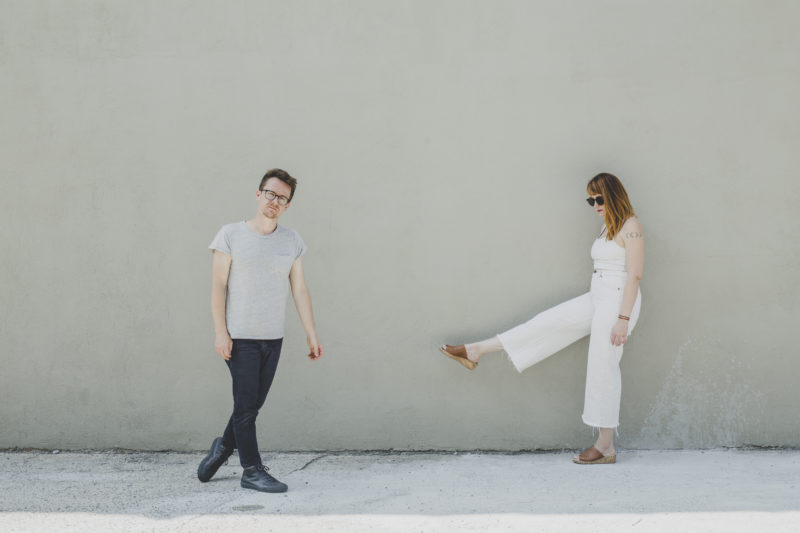 A Lot of Toil

“I bought a house right before everything went completely kablooey,” Stack says. He’s talking about how he’s been filling his days in quarantine, which has mostly been spent on doing odd jobs around his new house. He says he’s never been this kind of guy — a, as he puts it, “getting in touch with his emotions through being at the workbench Man” — but he’s taking to it well, even building a new screened-in porch that is now his “favorite place in the world.” He says that doing it has helped him stretch his music muscles as well.

“One of the things that is so integral to being a musician is allowing a sense of incrementalism,” he explains. “A patience with the process and to realize that if you’re going to build something that it’s not going to work for a while, but you have to keep the vision of it. You have to keep the idea of the end of it and enjoy the process of the toil.”

This feels like the heart of Wye Oak — a band laboring to define themselves by being indefinable, to create a destination out of a constant journey. They’re never going to arrive at being a certain kind of band, so Wye Oak finds an identity in transience, evolution and, yes, toil.

“Being a musician, learning an instrument, recording a record, writing a song …anything is a lot of toil,” Stack says. “And just getting to the place where that toil is like some form of meditation is so important and valuable. It’s like that with any work really.”

The Democratization of Influence

Is Physical Health a Spiritual Issue?