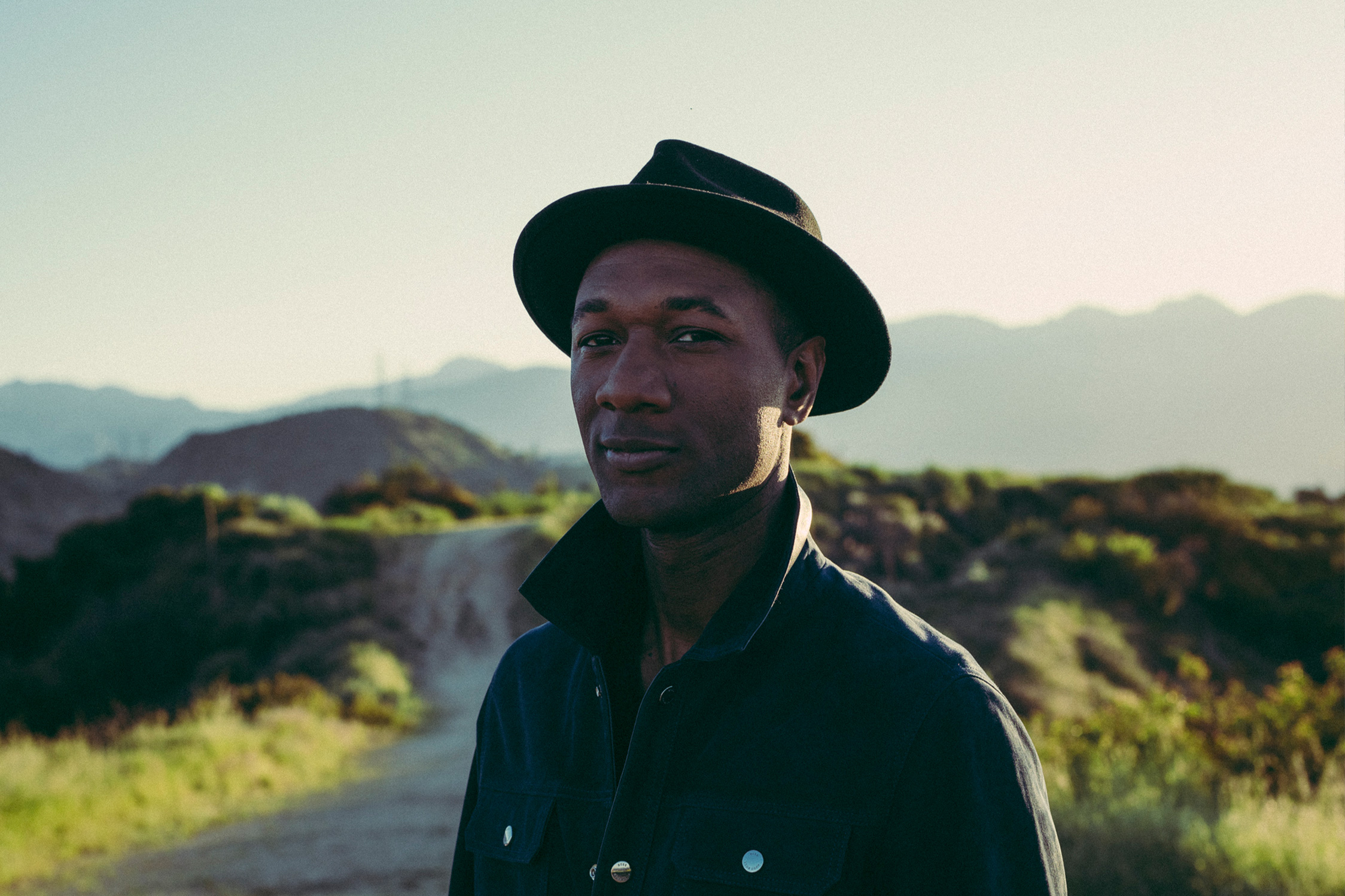 Talking to Aloe Blacc is a thrilling experience. As an artist, the songwriter born Egbert Dawkins III, is well known for his uplifting music, which cuts a fascinating line between hip-hop and soul. You don’t have to listen to too much of his music to know the man has a lot on his mind, and he’s committed to delivering it in unexpectedly jubilant ways.

But the excellence of his art comes from deeper roots than you might think. Blacc thinks a lot about what he’s putting into the world, and why. He’s not thrilled with the current state of entertainment media and he believes that he can be part of the change: creating music that glorifies love, community and respect over more negative, trivial or even selfish messages that sometimes infiltrate the mainstream. And he’s done it too. Hits like “The Man” and “I Need a Dollar” have proved that his way works, topping charts in countries all over the world. And then, of course, there’s “Wake Me Up,” his smash summer anthem with Avicii, one of the highest charting dance tracks of its decade. In each of these songs and all of Blacc’s music, his commitment to stubborn positivity is front and center.

It’s just as clear from the title of his most recent album All Love Everything, which is the first album he wrote as a father. This new role has infused Blacc with a new drive to help make the world better for the little girl he’s raising in it. He sat down with RELEVANT to talk about All Love Everything, how he came by his unique perspective and the freedom of “genre-less music.”

You say you’re feeling pretty good about the future right now. Why is that?

I’m optimistic about it just because I know what’s possible. I recognize what the challenge is. The main challenge is getting people to be cordial in their discussions. I think the biggest issue is that people are so invested in their own personal trauma that they project their own personal trauma onto abstractions like race, politics and religion. They don’t even realize that they’re using those abstractions to process their trauma. When really it’s like, your dad didn’t hug you enough, you got beat up when you were a six-year-old.

They’re dealing with other issues, but they’re letting their anger be processed through, “I don’t like you because you said this or because you believe in that.” But that’s not real. What’s real is we all want to be valued. We all want to exist with purpose. We all want to live comfortably. And when you don’t have all those things sorted, you find all kinds of ways to kick up dust. If we can just get people to realize that, maybe we can make some progress.

As an artist, is that something that you feel like you can help people do? Do you think that music can bridge some of those divides?

I do. I think that music is the vehicle for the message. If we can get more messengers into the mainstream, it would be great. The hard part right now is that a lot of the messengers in the mainstream are either neglecting the message or totally delivering the diametric opposite message, right? So we need to just increase the amount of people who recognize that spreading the word of compassion, of love, of togetherness, of connection is important.

We are what we eat. And if that’s what we’re consuming on a daily basis, the ideologies, the thoughts, the beliefs, then we will become that. Unfortunately, a lot of what’s available to us right now isn’t really all that character building.

What do you think the bottleneck is there? Why is the mainstream so monopolized by these influences that you’re discussing here that don’t promote these types of virtues?

Here’s all of my theory. This is just what I believe. There are two main driving forces in life: There’s love and there’s fear. The industry has figured out how to use those. They’re very sophisticated at using those emotions in building business. Media tends to err on the side of fear because the people who have the most discretionary time to engage online are teenagers.

And many teenagers are developing their sense of self, learning their boundaries and engaging in rebellion. Rebellion, a lot of times, doesn’t look like love, compassion and togetherness and connection. It looks like hate and violence and fighting.

Since the algorithms are skewing young, and since a lot of young people engage in this kind of rebellion, the algorithms choose fear over love. The business people are using these algorithms to dictate what content they’re going to create and distribute.

So that’s kind of a back of the napkin analysis, and I’m sure there’s a bunch of other ways that we can probably break it down. But I just try to simplify everything to these two concepts: love and fear. 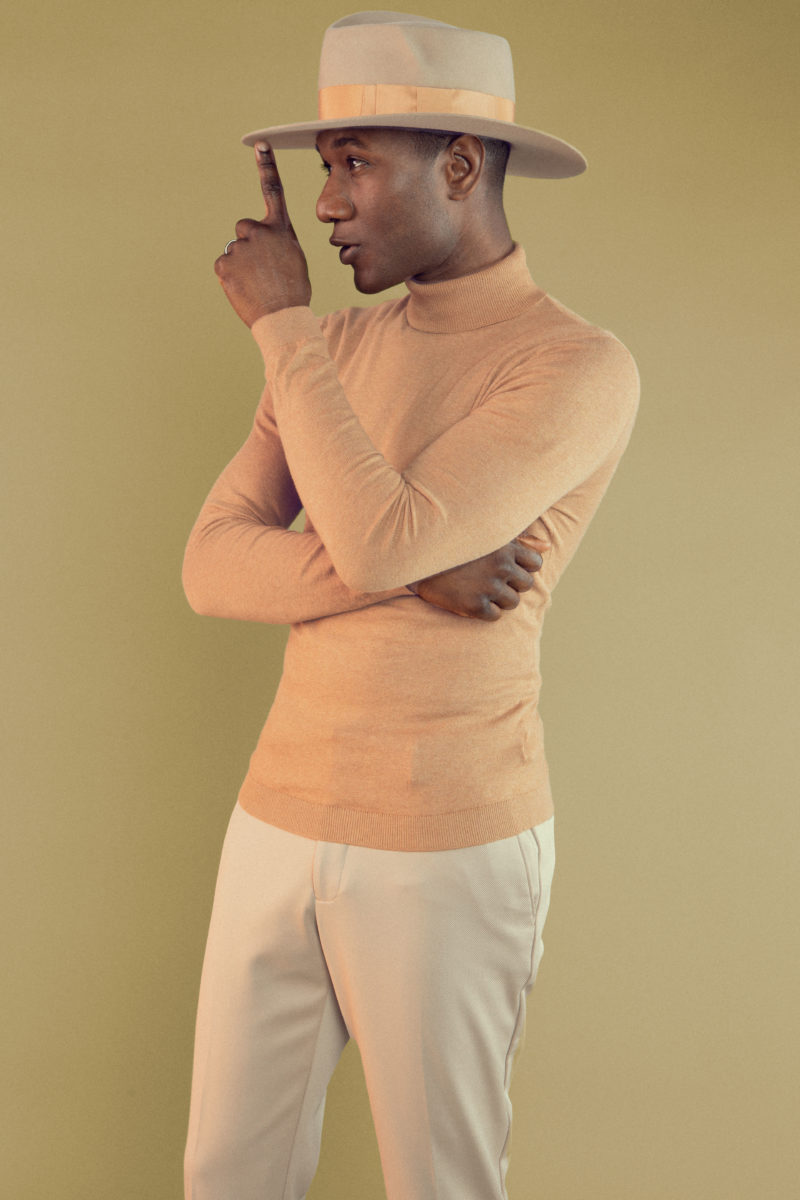 Looking back, can you recognize that sort of rebellion in your own upbringing?

Absolutely. I recognized when I was in middle school the kind of entertainment that I engaged in as I was developing my sense of self was challenging the status quo and challenging what I felt were the constraints. I listened to the kind of music that felt rebellious and made me feel as though I was outside of the rules so I could feel cooler. I purposefully broke rules and I engaged in activity that wasn’t particularly loving, or connecting or promoting togetherness.

And that happens everywhere. The difference is that that used to happen in a silo. It happened on campus. It happened up until you graduated then you went to college and you developed a whole different sense of self and you graduated out of that kind of behavior. But the digital world keeps us locked into these very primitive silos, and now you don’t get a chance to graduate out of them. You just become part of the cacophony in your own echo chamber. And that I think is one of our big issues.

You’re a father now. Have you given any thought to how you want to counter program this culture within your own home?

And so, for a six or seven-year-old to understand the concept of the sales war that’s happening at the store to demand your attention, to get you to buy something that you didn’t intend to buy, that’s part of it. These are tiny trainings that are happening, where my daughter now understands the concept of not getting got. And she understands when she’s succumbing to the pressures of an advertisement or something like that in a magazine or on a billboard as we drive around the town.

Some of these themes come up on your most recent album — this idea of promoting love, especially as a new dad.

When I’m putting together an album, I record everything and anything that comes to mind or in a session with others. At the end of recording about 40 or 50 songs, I decide on the 10 that fill an album. I chose the theme of family, and love and togetherness, and those are the songs that I decided to put on this project. I didn’t set out to write an album about family or about all the things that I love, but in the end I felt like the message that I wanted to tell at this age, at this time in my life, and during this experience is this story of me being a father. Of me being a husband and the relationships around me, like my family and friends, my parents, that kind of thing.

It’s a very warm, nourishing album at a time when a lot of life feels sort of sparse and delicate.

That’s my goal. To nourish. I feel like my goal is to offer some positive transformation. But this was the one that I felt described me best. It wasn’t just a social commentary. This is personal commentary.

You’re fond of saying your genre isn’t really musical but thematic. You say your genre is A.I.M.: affirmation, inspiration and motivation. How’d you come across that?

It came out of multiple interviews, trying to describe what kind of music I make and then just boiling it down to the songs that I’m best known for. For example, “Wake Me Up” is very much a song about inspiration. It has hope and nostalgia as the most salient elements. A song like “The Man” is very motivational. It’s a pick-yourself-up and achieve your goals anthem. A song like “I Need a Dollar” is affirming. It’s in a way of saying, “I’ve got a story to tell you. I’ll trade you my story for whatever you have to offer me, but I’m going to make it out of this hole by hook or by crook. And if whatever talent I have, I’m going to give it to you so that I can get to that next level.”

A lot of interviewers — myself included — can tend to put musicians in a box because it’s easier for us to write about them that way. But it seems like you’re very deliberate in resisting boxes.

It’s just hard for me to pick a space. When I did, my career took off, but I didn’t pick it. I was making what I call future soul. It was a mixture of hip-hop, soul music and dance. And that album was so disjointed in terms of genre and style that it didn’t offer a very salient picture of who I am as an artist or a character that people could grab. So the general manager at the time told me, “Why don’t you make a soul album, throwback soul?” And we built this soul man persona, from the early seventies, and that worked. It was succinct. It was very iconic. You could tell what it was and you could describe it in a couple of sentences. And that moment catapulted my career. It got me into a place where I could have a little bit more freedom to then be genre-less again.

Because at the end of the day, the one concept that sits strongest in my heart is just being a great songwriter. Forget the artist, forget the character, forget the persona and performing and all that. If I can just write great songs and be known for the pen, I’ll be happy with my career.

The Threshold of Glory