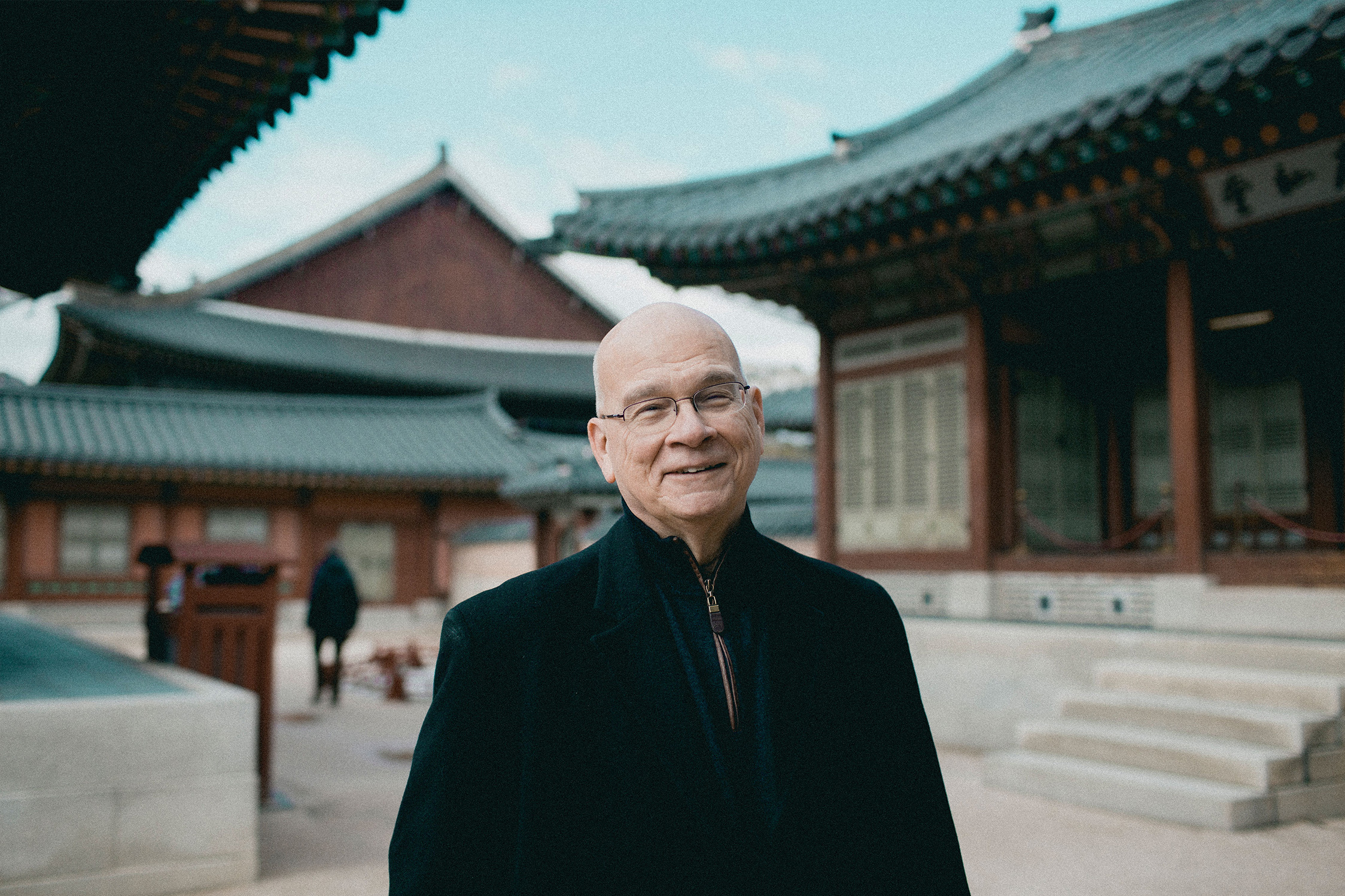 “I live with the knowledge that time is short,” Tim Keller says from his apartment in New York City. “That’s actually spiritually good.”

You, the person reading this, know that life is short. You’ve heard it in movies, read it in books, seen it on posters or maybe even said it to yourself like a mantra. All of us, living our short lives, have life’s brevity occasionally yanked into the spotlight and for an instant, we see it for what it is: a short, fragile, fickle thing that for all its beauty and pain and purpose can splinter, fade, dissolve into dust or burst into flame at any moment. The one thing you’ve got is not guaranteed.

It’s the most uncomfortable part of our uncomfortable reality, so we file it away in the recesses of our brains and trot it out only when we’re feeling bold enough to confront this truth head on. It means we can acknowledge “life is short” without really having to reflect on what that means for us. It’s just easier that way. The alternative is, what?

So when Keller says, “Time is short,” we think we know what he’s saying. Have fun. Dream big. YOLO. Another flash of the fundamental core of our existence before we put it back in the cabinet. But he doesn’t mean it that way. His time is short. In the summer of 2020, he was diagnosed with stage four pancreatic cancer. Around 80 to 85 percent of people who get that diagnosis are dead within a year. And “it’s usually a pretty lousy year,” Keller says.

But his treatment, so far, is going well. So well, in fact, that according to him, “the idea of dying in months is gone. It’s more like years.”

In 2017, Keller stepped down from Manhattan’s Redeemer Presbyterian Church, which he had led for 28 years. He had transitioned to teaching at Reformed Theological Seminary and spending more time writing books. In fact, in late 2019, he started writing a book about the resurrection titled Hope in Times of Fear. This was just a few months before the global pandemic issued in a new era of fear to the public sphere, and before he got the grim diagnosis that lent an intimate urgency to the biblical idea of a coming resurrection.

Keller is not sentimental about any of this. He talks about it with humor, poignancy and a matter-of-fact confidence in future glory, but not much of the poetry that sometimes accompanies this subject. He acknowledges that the circumstance “creates a little more interest, I guess, maybe on the part of readers” but does not paint a rosier picture than the facts call for. This piece won’t do that either.

This is not a story about Keller’s legacy. It’s not really about his cancer either. Keller spent the conversation talking about the resurrection of Jesus and what that means for the lives and deaths of people who believe in him, and that’s what this will be about too. As he finished Hope in Times of Fear, Keller says he realized the subject was much less abstract than it would have been otherwise, and he can now speak personally to his theology’s “power to console, its power to lift up, its power to comfort and also its power to give joy.”

It’s easy to get used to the idea of the resurrection, and Keller’s in a unique place to rescue some people from that. He takes that seriously, at this point of the story. “It feels to me like one of the things I should be doing with the last period of my life,” he says. “Talking to various Christian communities, just giving them what insights I’ve got.” 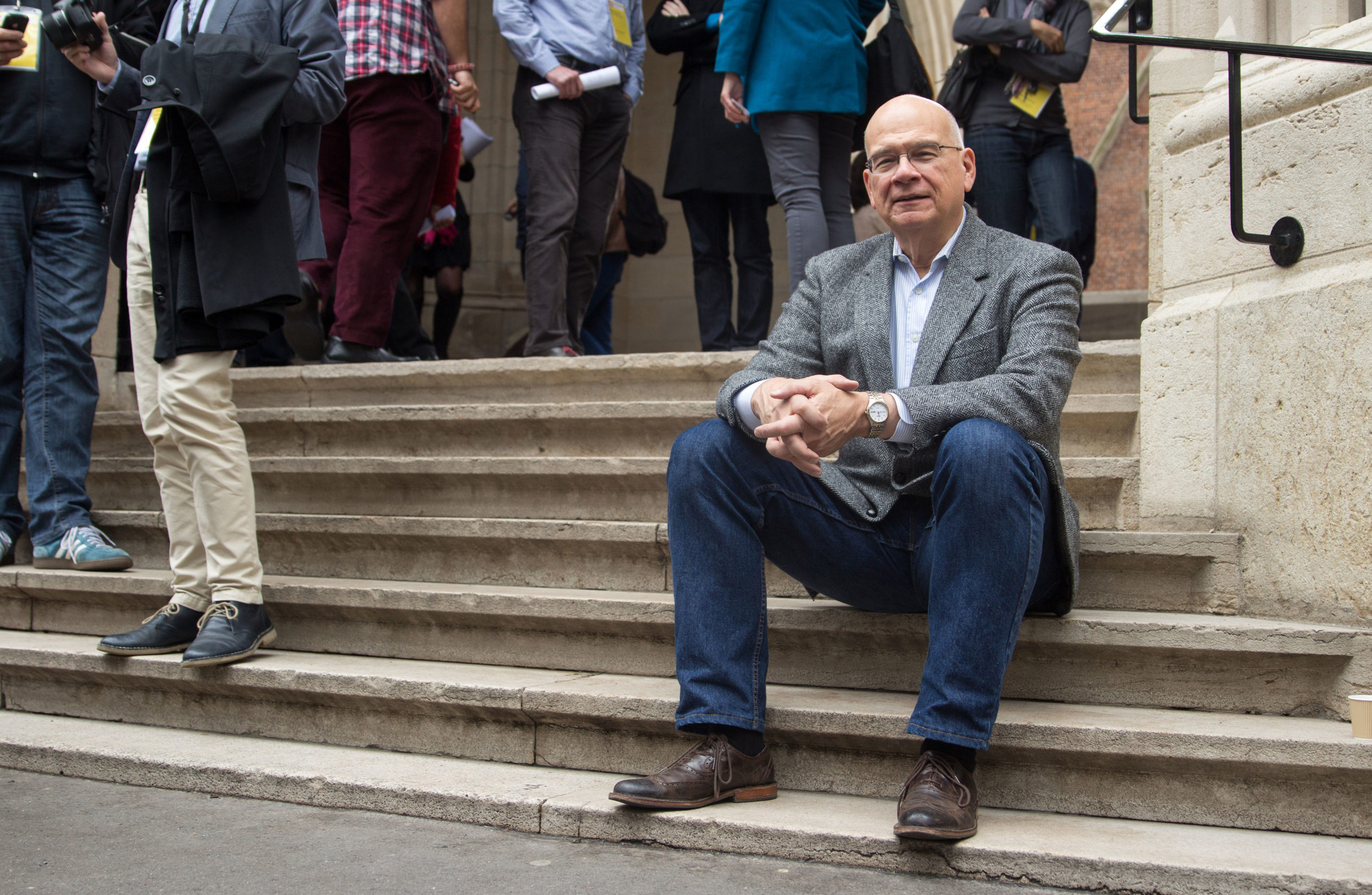 Keller says part of the reason we struggle to comprehend the resurrection is that we don’t even try to wrestle with our own mortality. He cites a thought from John Calvin’s Institutes, when Calvin observed that “When we see a dead body or we go to a funeral, we philosophize about the shortness of life, but at a deeper level, we are in utter denial of it.”

“Basically, we all function as if we’re going to live forever,” Keller says. “We are in deep, deep denial about it. And the only way you know that is when you finally actually do get the kind of diagnosis that you may die within months or weeks that I did and you suddenly realize, ‘I didn’t really believe I was going to die. I really didn’t.’”

In this, Keller acknowledges that cancer does give him a vantage point that might grant the message he wants to share a little more weight. He’s aware that many Christians have lived with the idea of Jesus coming back from the dead for so long that the power of the narrative has gotten a little diluted. He’s hoping that his story can help drive home the immediacy of our mortal dilemma — the one we’re in utter denial of — so that we can get a better handle on just how transformative believing in the resurrection itself can be.

“I want you to know that this doctrine actually works,” Keller says. “It’s got power. But you’re not drawing on it at all.”

The power he’s talking about is hope, which is a word he believes Americans sorely misunderstand. To his thinking, most Americans conflate “hope” with “wishful thinking.”

“It’s optimistic uncertainty,” he says, a sort of mental trick that misses the Bible’s idea of hope entirely.

“If you just started to look up 10 places in the Bible, any 10 places, you’ll see the word hope actually means assurance,” he says. “It really means proper confidence.”

“Or another way to put it is proper confidence and assurance in something that can’t be proved,” he continues. Keller believes that the physical, historical evidence for the biblical account of Jesus is compelling and the book does get into some of the arguments for Jesus’ bodily resurrection. But he says that hope doesn’t depend entirely on rational arguments. It’s also “a spiritual gift. It’s like faith, something that God can trigger in your heart through His Holy Spirit.” That combination — reasoned belief mixed with supernatural trust — leads to the sort of assurance with roots much deeper than “optimistic uncertainty.”

“My hope in the resurrection is a confidence that it’s really going to happen,” he says.

And the power that comes from that isn’t limited to your thoughts about what’s going to happen when you die. It has the power to transform the very way you think about human existence.

“You’ve got at least four views of history I can think of out there,” Keller muses, taking a brief moment to do the calculations in his head. “And the only one that I think is realistic and hopeful, is the Christian one.”

He’s talking about views of how history itself progresses — the way people perceive the world working.

“The first is the ancient pagan, which was cyclical,” he says, referring to the notion shared by many ancient cultures that time is, so to speak, a flat circle. For example, Northern Europeans believed that their gods were destined for an ancient battle called Ragnarok in which most of them would die, the world would be rebooted and history would take it from the top.

“The second is the modern idea — the enlightened idea — that things are going to get better and better through reason and science,” he says. He draws a comparison to the Star Trek universe, where it is frequently implied that rapid advances in science and technology did away with the human need for religion. Star Trek creator Gene Roddenbery believed that spiritual faith was destined to succumb to human advancement.

“The third is the post-modern Michel Foucault approach, which basically says history is a tale told by an idiot, full of sudden fury signifying nothing,” he says. He calls this approach a “zig-zag” view of history, which finds no pattern or order in our existence.

And then there’s what he calls the Christian view, where the resurrection can add meaning to what otherwise looks like chaos.

What this does is allow for meaning not just in our own personal deaths and resurrections, but for the broader seasons of death and despair we see in the world around us — even in our current plague season. In Keller’s explanation of the Christian framework, no sorrow is wasted and no era of ugliness comes up empty. The truth of the resurrection isn’t just for us — it’s for the whole world.

This can sound a little sadistic, as critics have noted. How loving could God possibly be if He puts us all through so much pain and misery as part of a divine plan? Keller’s heard that line of thought, but he says that ignores Jesus’ personal experience in all this. God isn’t putting humanity through something God never experienced.

“If God just said, ‘No, that’s for you but not for me” then that would be hypocritical,” Keller says. “But since Jesus Christ experienced it in degrees way beyond anything we’re called to go through, then what’s the problem? Whenever somebody says, ‘It’s really wrong of God to call me to do something like that,’ that’s a person who just has almost no empathy for Jesus.”

In this late season of Keller’s life, he says that empathy for Jesus has become a recent theme in his own prayer life, “to really weep with Jesus when he’s weeping and rejoice when he’s rejoicing,” he says. “I need to say, ‘Lord, I just can’t believe you did that for me.’”

This is all what it means to find power in the idea of the resurrection. There is more going on here than life after death. There is meaning in suffering. And there is light up ahead.

Keller is getting ready for lunch. His wife, Kathy, will summon him any minute, he says. He acknowledges some frustration that he hasn’t been able to be with his children and grandchildren during COVID season so he’s trying to spend time with the people he can, that means the woman he’s been married to since 1975.

“The thing that makes life meaningful to human beings is love,” Keller says. At the end of your life. Nobody says, ‘Gosh, I wish I spent more time at the office.’”

That’s part of why he doesn’t have much patience for any notion of the resurrection being anything less than a historic fact.

“When some people say, ‘Well, when you die, it’s just over. There’s nothing to be afraid of,’ my response is, ‘What you’re saying is that death means the end of love. And you’re telling me not to dread that?’ Give me a break.”

But because he doesn’t believe death is the end of love, he doesn’t feel that sense of dread.

“If I know there’s love on the other side of death, I can face it,” he says.

“If I know there’s infinitely greater love, then I can really face it.”