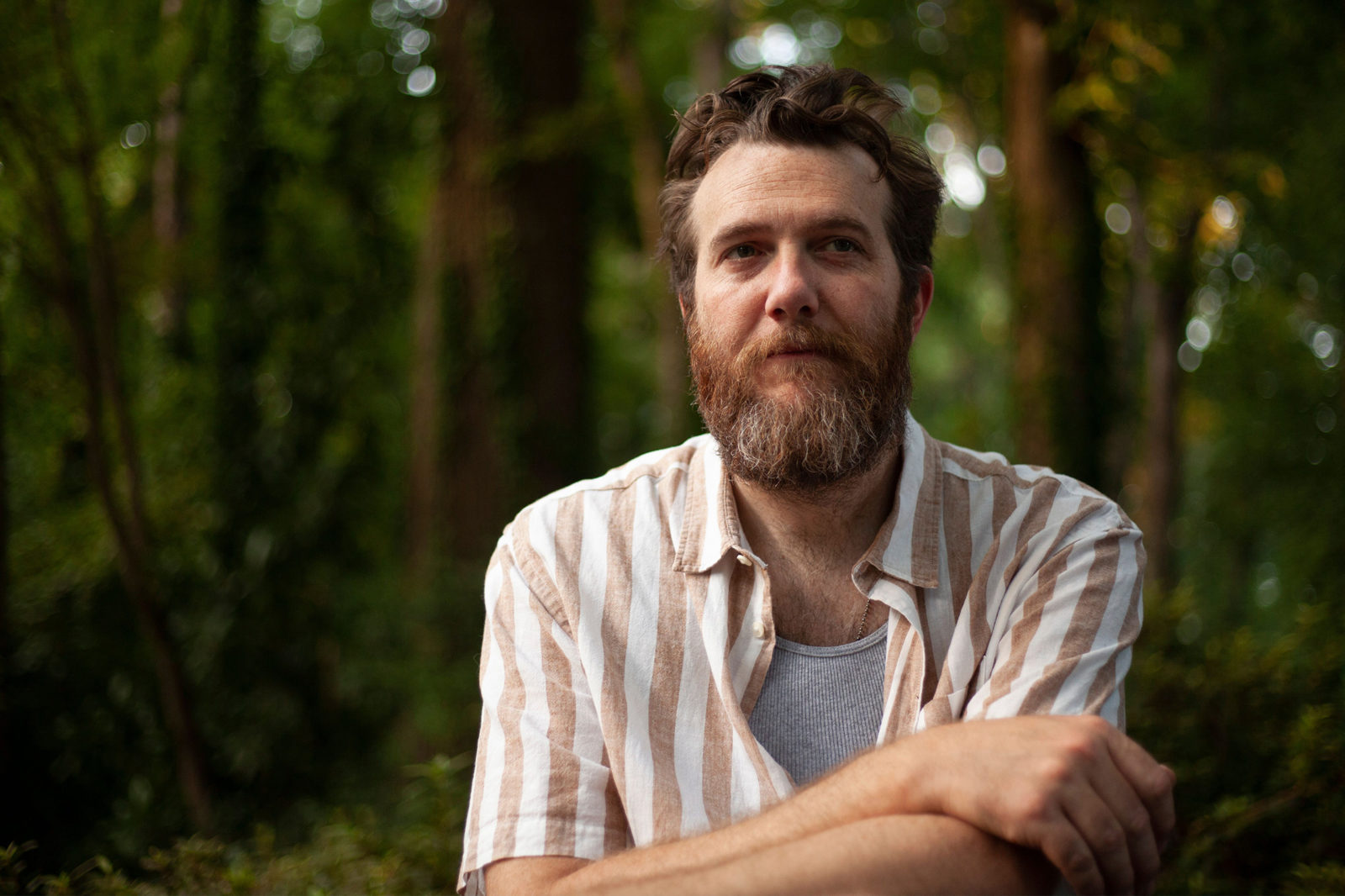 McMillan is sitting in a room that’s very clearly of his own making, dotted with things he likes. There are some fancy whiskeys on the shelves and framed X-Men comics line the walls. He’s in his element, as much as anyone can be on lockdown — which McMillan technically is at the time of this conversation. But in his mind, the singer/songwriter is doing a lot of stretching beyond the boundaries of his Charlotte, North Carolina home these days. Even though COVID-19 delayed a planned tour and sent McMillan’s 2020 plans into a tailspin, he’s hard at work …theologically speaking.

“I’m really into this idea of re-enchantment,” he says. “I want to make that word a very popular word.”

Easier said than done, as McMillan is the first to point out. Over the course of the conversation, he delves into metaphor, story and science in an attempt to explain a concept. You can see what a challenge it is for him, trying to find a language for something that he feels so deeply in his bones that words can hardly do it justice. Honestly, it’s inspiring to witness, even if he admits that he’s “not being very articulate.”

Then his face brightens a little and he says, “I guess that’s sort of the point.”

This is a story of John Mark McMillan’s nine months (at the time) of self-quarantine, and how he used that time to re-examine his relationship with creativity, social media, justice advocacy and, yes, re-enchantment. It may not all add up to a clean, neat narrative but, well, that’s sort of the point.

McMillan cut his teeth on the worship circuit, writing instant church classics that have been sung hundreds of thousands of times in countries all over the world. If you’ve spent any amount of time in church in the last ten years, you’ve certainly heard his gorgeous “How He Loves,” a very pretty song that now comes with an Christian Twitter-famous backstory about the two versions of lyrics. (If you don’t know the “Sloppy Wet/Unforeseen kiss” controversy, the lore is easily Google-able and worth your time.)

That song put McMillan on the map, but his career ever since has been one of blazing new trails beyond what’s often considered safe for church music. McMillan is adamantly an artist first and foremost, and while he’s never abandoned the sort of faith-based lyrics that first brought him success, his journey has been one of the most transparent since the likes of Pedro the Lion. Unlike David Bazaan however, McMillan’s journey has been less out and more in, an evolution of depth instead of width. McMillan’s 2020 albums — Peopled With Dreams and a live project called Stabal Session — continue this naked exploration of what it means to love God.

“Our narratives need to have a bit of transcendence in order for us to be healthy human beings,” he says. “I’m becoming more and more convinced of this.”

McMillan says that people know they need transcendence deep down, but many of them haven’t been able to find what they’re looking for from traditional institutions like the church, so they’ve turned to politics to provide them with a real narrative.

It’s a compelling theory. People who get caught up in politics can graft grand, Tolkien-esque narratives of heroes and villains, with their own political party cast as the side of the angels, holding the line against the other political party bent on death and destruction. Essentially, in McMillan’s framework, people are turning to political figures to find meaning.

“People are finding their significance in other places,” he continues. “They’ve lost this idea that just living is insanely significant. There’s such a beautiful significance to just being alive.”

Lest this all start to sound a little Pollyanna for this era, McMillan does watch the news. He was deeply moved by the Black Lives Matter protests over the summer. He showed up to his local marches and spoke out against injustice on social media. Not surprisingly, it cost him, and led to a reassessment of his online footprint.

“Obviously, some people don’t like that I want to support Black lives or I say that God loves Black lives,” McMillan says. “But then there’s these other white people who don’t think I’m supporting Black lives the way they think I should. It got really ugly.”

“It got to the point where all I could think about was, even when I turned it off, I was constructing the arguments in my head for people I don’t even know,” he says. “And then the thing is, if your argument is good, if you actually just totally destroy them, that definitely means they’re going to shut up, right? No, not at all. They’re going to work twice as hard to come back at you. It’s never going to end.”

So McMillan turned it off. He stepped away from social media and gave himself permission to stop worrying about how his stances would be perceived by his fanbase. But he hasn’t let getting more quiet on Twitter and Instagram keep him from getting involved in justice. In fact, he says, it’s helped him focus more on making an actual difference instead of just empty slacktivism. He compares it to the creative process.

“I’ve learned if I have a good song idea, I need to not talk about it,” he says. “Me talking to you about it satisfies the craving I have to create that song. And then when I go to sit down, it’s not there anymore.”

“I feel like it’s this way with justice too,” he continues. “People tweet and they post and they feel like they’re doing something that’s beneficial and helpful, but it fills that need in them to be righteous and they may not actually be doing anything. Really, what they need to do is not post and go out and do something with their physical bodies, with their money and their time.”

“I mean,” he chuckles sheepishly, “I point the finger at myself first.” 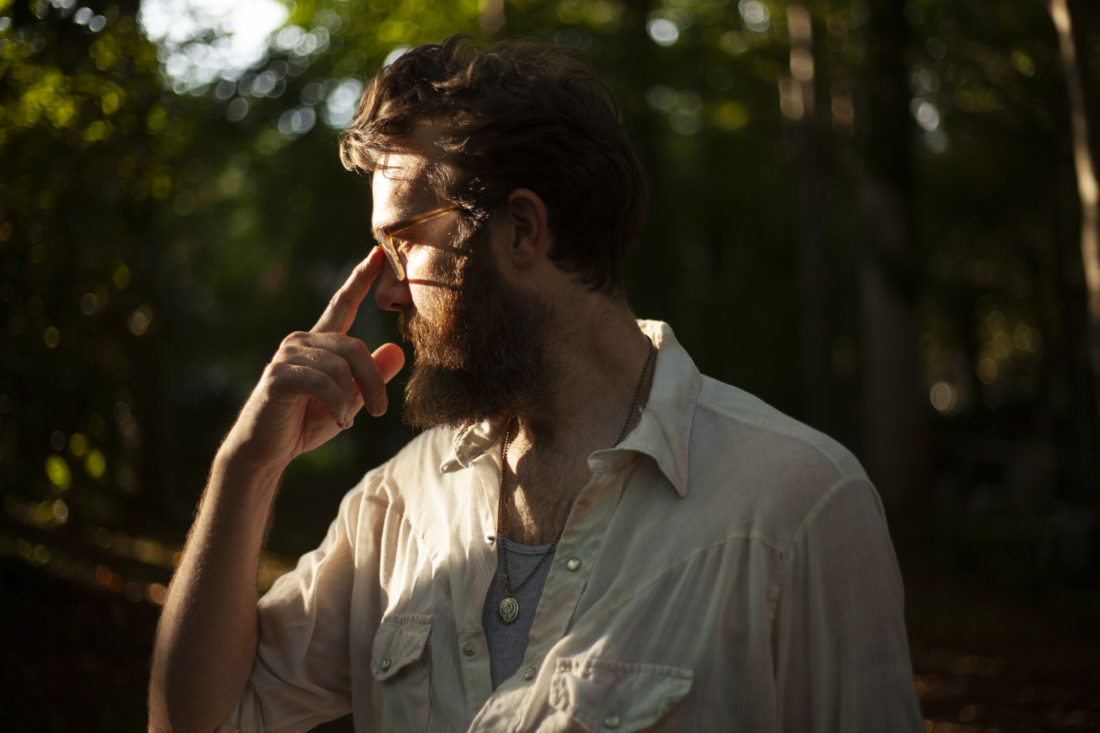 “Gosh, I miss playing shows,” McMillan says wistfully. “I miss being with people.”

The last show McMillan played before the world went off the rails had happened to be recorded and, since the band couldn’t do an actual live show, they figured releasing the project would be the next best thing. It’s fun to hear the music live, though McMillan himself admits he’s a bit too much of a perfectionist to appreciate listening to his own concerts without getting a little nervous first.

“I’m just so picky,” he says. “I’m always like, ‘Oh, I just missed that. Oh, that note was so flat,’ and then I listen back and nobody ever notices. And then I’ll listen to it and think actually it was kind of cool. I think I’m hyper critical of myself but listening back, I was really surprised at how well this turned out.”

It’s a pretty optimal result for any musician, but especially a musician in the middle of an industry-disrupting event whose shockwaves can’t be predicted by even the savviest of experts. McMillan doesn’t pretend to know what’s next for the music business, but he’s glad he got that last concert in before everything shut down.

Maybe it’s just imagination, but McMillan does look a little re-enchanted, talking about playing shows and writing music. It’s clear it means a lot to him. Maybe this is why re-enchantment is so hard to describe — because it’s best observed when you’re not talking about it at all. It’s what happens when you’re doing the things that take you out of the moment completely. But then McMillan tries to explain his thoughts on enchantment again, and it feels like he kind of gets there, in a roundabout way.

“We’ve kind of decided we have everything figured out,” he says. “And familiarity breeds contempt. I see another person so often I forget they’re a person. I forget that if you think about the universe, how rare a human creature even is, right?”

“A human creature is insanely rare in the context of the universe,” he continues, starting to get going. “I think the closest planet that we could even possibly exist on is 7,000 years away. Is the english language even 7,000 years old? [Ed Note: not even close] If you left earth to get to there when the woolly mammoth was still alive, would you even be there yet? [Ed Note: You’d be a little over halfway] And between here and there, there is nothing like human life, right? It’s insanely rare.”

McMillan takes a second here, as if centering himself a little before launching into the point.

“To me, re-enchantment is the realization of how rare and important you are and about how rare and miraculous other human beings are. Seeing yourself and others. To me, this goes back to basic Jesus language: Love God and love your neighbor. What does that mean if not to be obsessed with the One that led to your existence and just see that miraculous power in other human beings? And this is re-enchantment for me.”

He takes a deep breath and comes back down from this monologue about space travel, wooly mammoths and Jesus Christ. It feels like something kind of special has happened. Maybe even a little bit enchanted.

“I hope that made sense,” he says.

Not entirely, to be honest. But that’s sort of the point.