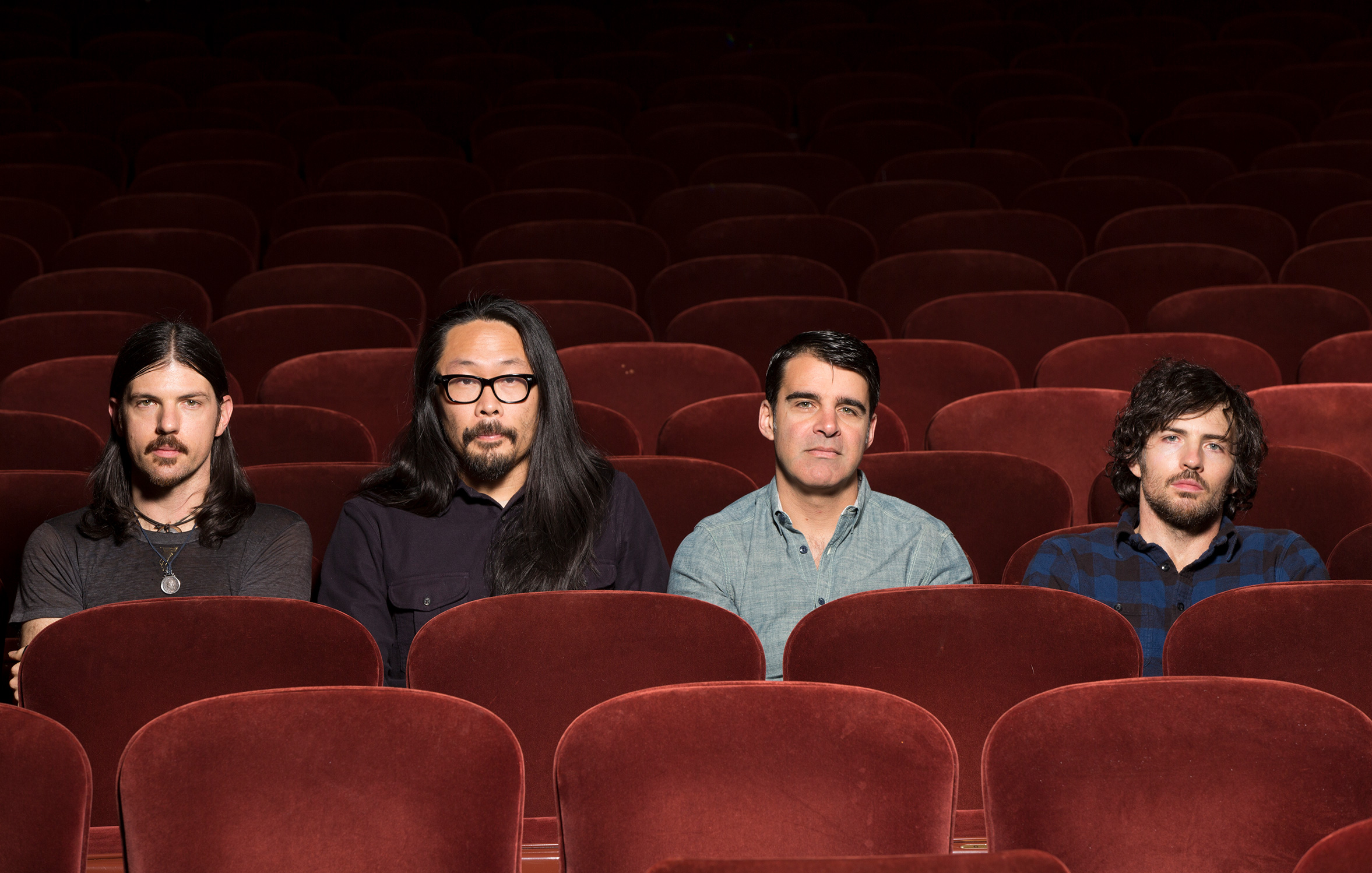 How the Church Can Repent of Its Slaveholding Legacy

The Avett Brothers feel like a touring band. It’s hard to explain why but it’s probably not something that needs much explanation if you’re at all familiar with their music. And seeing as these guys have been making music since 2000, you’re probably familiar with them. Scott and Seth Avett — along with bandmates Bob Crawford and Joe Kwon — are veterans at this point who predated and have now outlasted the folk music boom, crafting the same heartfelt, homespun, boot-stomping jams that first put them on the map. And they do it best on the road.

“Oh my gosh,” Scott Avett, the elder of the two Brothers says by phone from somewhere out there on the road. “So, so, so different than it was just ten years ago. Even six years ago.”

Avett takes care of himself on the road. That might sound obvious, but it’s exactly what a lot of bands fail to do. The stereotype of rock and roll bands — late nights with drugs, booze and what-not — doesn’t even have to play a part. When you’re on the road, sleeping in a van or a bus, spending almost every night on stage, it’s easy to let your physical, emotional and mental health go. Unless, that is, you’re Scott Avett.

“I mean, simple things like: make sure you eat, make sure you exercise, try to get seven or eight hours of sleep,” he marvels. “Just those three things change everything, they really do. They’re so simple and primitive – so instinctual. But it’s amazing in entertainment, artists just tend to just throw those away first. That doesn’t make any sense to me. Doesn’t make any sense at all.”

Coming up on 20 years into the journey and with the release of his band’s latest album The Third Gleam, Avett has figured out a few tricks about not just making life on the road a little easier, but how to be a little bit better of a person. He takes that seriously, as anyone who’s listened to the thoughtful, occasionally confessional nature of his lyrics can tell you. He’s aware that getting better at the journey is part of growing up, but he doesn’t take it for granted either. He’s glad to be here. He’s glad his band has achieved the success it has. And now, he’s ready to share a little bit of what he’s learned.

In 2019, in the days leading up to the release of the Avett Brothers’ previous album Closer Than Together, Scott’s brother posted a “manifesto” of sorts online, describing the scope of the album. This wasn’t particularly new for them — The Avett Brothers often release unusually lengthy, thoughtful statements on the themes of their new projects. But this one marked a new tone — one to match America’s exceedingly new era.

“The Avett brothers will probably never make a social political record,” the manifesto said. “But if we did, it might sound something like this.”

It’s an attitude that continues into The Third Gleam, an album that, according to its own manifesto, touches on “historical prejudice, faith, economic disparity, gun violence, incarceration, redemption, and as is increasingly standard with our records, stark mortality.”

“This is by no means a record defined by any specific social or cultural goal, nor is it informed by a singular challenge posed to humanity,” the statement says. “It is merely the sound of my brother and I in a room, singing about what is on our minds and in our hearts at the time.”

Scott can confirm that, finding an interesting mix of boldness and compassion when speaking about the social and political issues that are clearly weighing on him. He says people have asked the band for their take on issues (something he says is only “natural”) and the music he writes isn’t really intended to be an answer to those questions. Instead, it’s meant to reflect his own explorations of those same questions — whether or not he found any answers.

“What all of our albums have been is our personal experience and ultimately personal relationship with our world. Which at times is very small and at times is quite expanded,” he says. “The issues that would lend themselves to sounding quote unquote ‘socially political’ in any way, well, they’re about our experience and our relationship with them.”

In that way, the Avett Brothers aren’t setting themselves up as authorities, but they’re continuing their long trajectory as storytellers. That’s why, say, a song like “Bang Bang” both is and isn’t about America’s mass shooting epidemic. It is, more accurately, about the band’s relationship with the gun violence epidemic. “Have you ever had a gun pointed directly at you? And there isn’t any doubt it’s loaded and ready to go?” Avett asks on the song. “Well, I have twice and I don’t recall any heroes on the scene.”

“I think overall, our intent and our most important job is to contribute through loving and unifying versus dividing anybody,” Avett says. “We don’t really understand the need to divide. We understand the need to defend ourselves and defend those who can’t be defended and everybody’s got a different definition of that. But for us, we just try to stay true and talk about the things that we understand.

“And the only thing we understand is our personal relationship with the world,” he continues. “And with this one chance life.”

Avett cares a lot about unity. Throughout the conversation, he returns to a deep belief that the so-called “divide” in America is made up of manufactured controversies that aren’t nearly as insurmountable as they seem. He tells a small, short story that doesn’t have a lot of drama in it but clearly left a profound impact.

“I went in to buy hairspray at a salon in New York,” he says. “It was a barbershop but, you know, it could have been in Mayberry. It was the sweetest. Some people think that that’s impossible. They’ll give you a quote like ‘No, people in New York do this’ and people in the South do this.’ Blah blah blah,” he laughs “It’s ludicrous!”

“There’s no difference, you know?” he says. “The differences are all fabricated by us.”

Fabricated or not, he tries not to be blind to the fact that those differences have created some deep wounds in the fabric of real people. He acknowledges the lingering effects of Jim Crow (“I am a son of Uncle Sam and I struggle to understand the good and evil,” he sings on “We Americans”. “But I’m doing the best I can in a place built on stolen land with stolen people”) but he believes the best way the Avett Brothers can help with the healing is to live it from within.

This is something else Avett thinks about a lot: his own shortcomings. As much as he believes in a unified nation, he also believes that he himself can feel very divided. He’s aware of his failings but, in a roundabout way, is grateful for them. He believes they bring him closer to God.

“C.S. Lewis said that the people that are presumably living under the Golden Rule and being all moralistic — they’re likely further from God than the ones that are doing crummy things,” he says. He says the people who are aware of their own crumminess are “in a place where a Higher Power is actually starting to wrap its hands around you.”

Avett calls his own flaws “Failings in the Department of Golden Rule Navigation.” In the grand scheme, it’s not such a bad thing to fail. At least, it’s better than pretending you’re not failing at all. Those who refuse to own up to their own shortcomings have lost sight of something human. Those who are aware of how far they’ve fallen short are in a better place to hear God tell them, as Avett puts it: “‘Poor, fragile, little thing I’ve got you. I’m part of you. You’re going to be called.’”

Avett enjoys citing the sources of his thoughts, as if humbly dispelling any notion that he came up with all this on his own. “This is all Richard Rohr and Thomas Merton,” he says at one point. “And Jesus. And C.S. Lewis.”

He’s talking about a “true self” and a “false self.” The ego, which Avett calls a “shell” and can easily take control, is something we have to actively resist. And then there’s the true self — the one that probably makes mistakes, and has off nights and might not feel as lovable as we’d like. It’s who we are.

“It seems like insecurity is bred,” he says. “And it’s harbored. [People] won’t bring along their insecurities and help foster security and confidence and spiritual health or mental health, emotional health. And what happens is they become defensive in so many elements. And I always feel bad because I’ve been there,” he says. “I’ve been there.”

There’s a brief break and then he continues.

“I’ve gone on stage many times and still occasionally do, going ‘I’m not worth this. I’m a fraud. I’m not good enough.’ But those are not the real me,” he says. “The real me goes up there and says ‘I’m just another one of the children of God that is up here aspiring to live up to that role.’ I believe that’s everyone’s right. I’m saying we’re all God’s children and we don’t have to earn it. I thought I had to earn this right to do this. But, no, I already had it. I have to continuously get my mind in check and my heart in the light. And then, I can’t be stopped.”

There are other things that have helped Avett along the way (“meditative time, which I also put with prayer”, “writing in my journal”, “exercise is good for me”) but for now, he’s just trying to internalize the lessons he’s already been given and the biggest lesson of all: he’s got a long ways to go. 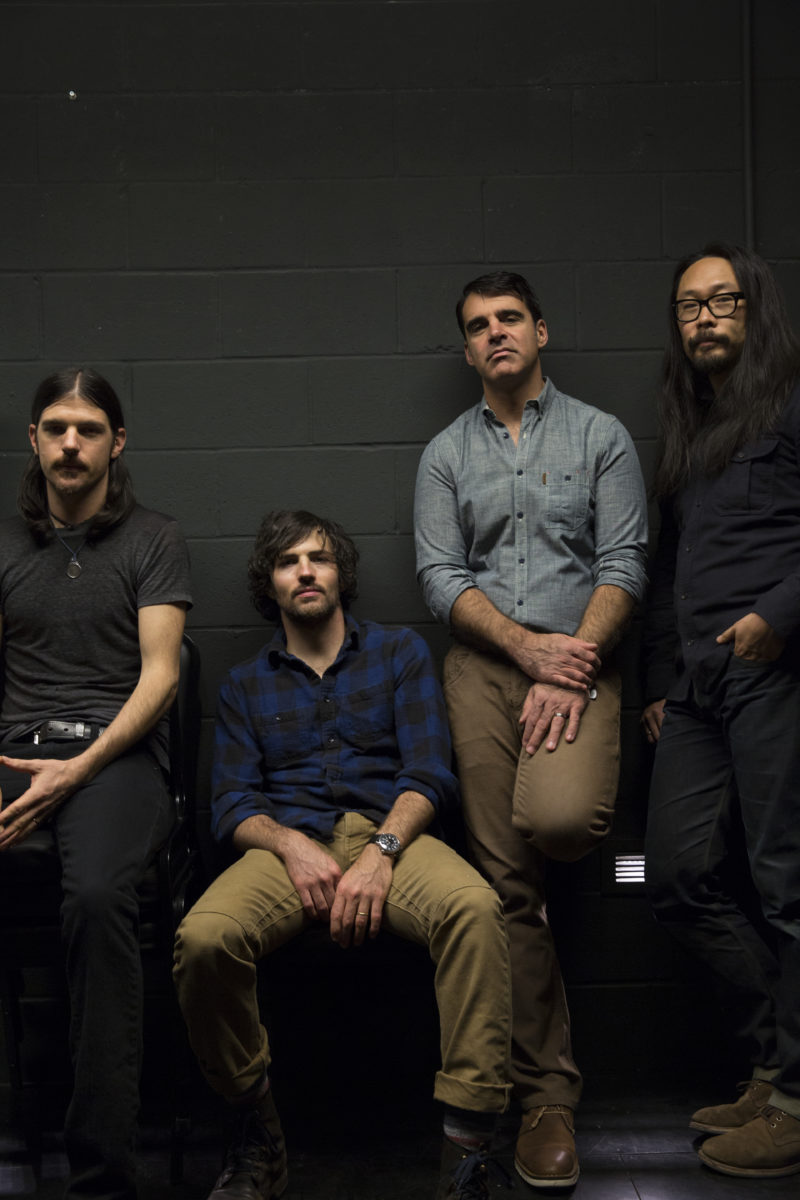