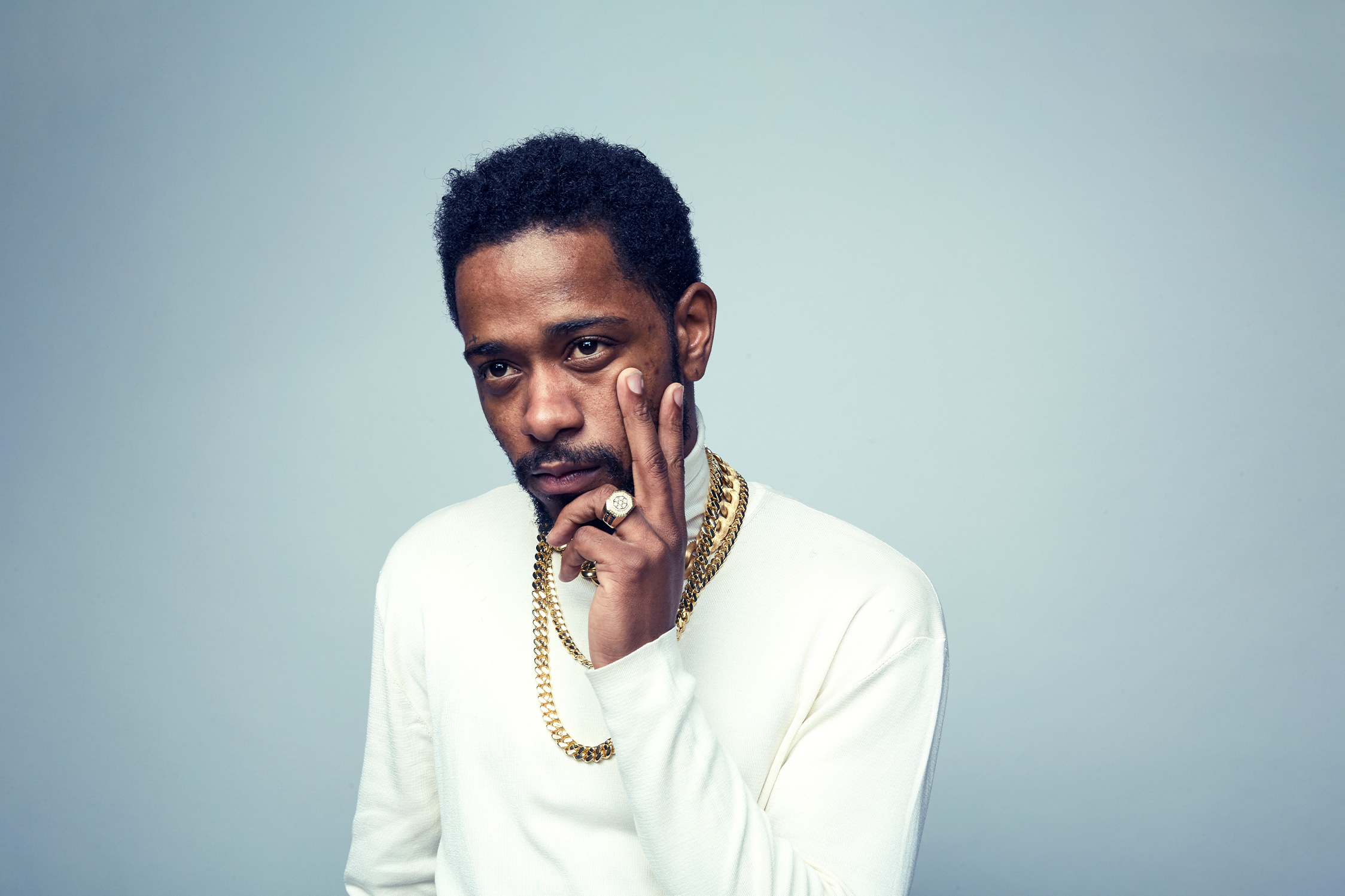 When LaKeith Stanfield first read the Judas and the Black Messiah script, he saw himself playing the role of Fred Hampton, the real-life revolutionary activist whose fiery charisma and gravitas fueled his meteoric rise in the Black Panther Party before a Shakespearean betrayal brought it all down.

“It didn’t even cross my mind that I’d be playing anyone else,” Stanfield said. “I was never told I’d be playing Fred, I guess it was just wishful thinking. And then when I called Shaka [the director, Shaka King] and we talked about the story early on, I said, ‘Well yeah, this is really exciting, man. I can’t wait to play Fred.’ And I just kept talking and rambling and he just let me ramble for a while. And he was like, ‘Actually, I was thinking about you for the role of William O’Neal.’”

“And there was just this pause,” Stanfield recalls. “And I was like, ‘What?’ And at first I was really kind of against it. Like, ‘No, I can’t play this dude. There’s no way. I hate this guy.’”

William O’Neal was the FBI informant who Hampton counted as a friend — a two-faced turncoat who’s cooperation ultimately led to Hampton’s death. O’Neal is obviously less likeable than the inspiring, thrilling Hampton, who ended up being played by Daniel Kaluuya. But he’s also a much trickier character to get right — just one more difficult piece of Judas and the Black Messiah’s very complex puzzle.

People have expectations for movies that depict historical events. It’s why we want to see them. When you hear there’s going to be a movie about Napoleon Bonaparte or Pearl Harbor, you don’t just go to be entertained — you go to check your ideas about what happened against the movie itself. That’s why people generally have good feelings towards, say, Steven Spielberg’s fastidiously researched Lincoln, while Bryan Singer’s Bohemian Rhapsody — which took some liberties in its depiction Freddie Mercury’s life — is less fondly remembered.

But Judas and the Black Messiah faced a challenge of another order: telling a story from recent history that many people think they know, but don’t. Not really. The story of the Black Panther Party at large and Hampton in particular has been subject to decades of propaganda that attempted to paint the Black Panthers as violent reactionaries whose extremism held the Civil Rights Movement back. The truth about Hampton and the movement he helped champion wasn’t exactly unknown — the facts were out there for anyone who cared to read them — but a certain narrative had become so accepted among certain mainstream circles that the truth rarely stood a chance.

That’s where Judas and the Black Messiah came in. Written by comedy duo (and identical twins) the Lucas Brothers, the film sets Hampton’s story straight, depicting the revolutionary activist’s meteoric rise and stunning betrayal. It’s hard to imagine any actor inhabiting O’Neal’s shifting loyalties, self-doubt, admiration and opportunism with Stanfield’s nimble dexterity, but for anyone who’s been paying attention, Stanfield’s skill comes as no surprise. As Darius on Atlanta, Cash on Sorry to Bother You, Detective Elliot in Knives Out and other hits, Stanfield has established himself as an actor who you just can’t look away from. But Judas and the Black Messiah was an extra challenge for a burgeoning icon, and it’s one he hopes to see a lot more of as Hollywood learns how to tell different kinds of stories from different kinds of perspectives. 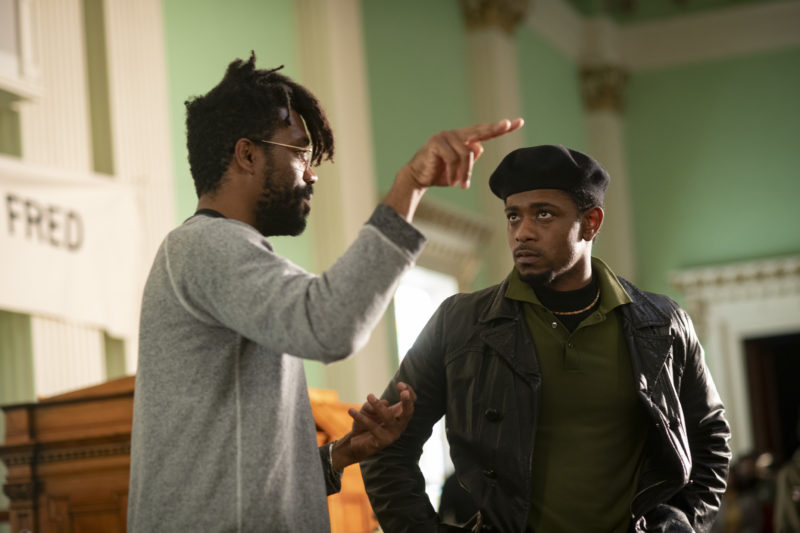 Stanfield was hesitant to take on the role of O’Neal until he started watching PBS’ 1989 documentary Eyes on the Prize II, in which O’Neal opened up to interviewers about his time working with the FBI. In the interviews, O’Neal is defensive, confident and adamant that he didn’t do anything wrong. But in watching, Stanfield sensed a deeper insecurity underneath the armor.

“There was this sense of regret,” he continues. “There was a sense of, ‘I did something wrong, but let’s not talk about that. Anyway, back to the thing I wanted to pay attention to.’ That was the thing that I felt was more interesting than all that other stuff. I went into the character thinking, ‘I’m going to take that sliver of insecurity and try and magnify that to bring this character to life.’”

O’Neal died not long after the PBS documentary aired in what was ruled a suicide, so all we know about O’Neal’s actual feelings on what happened with Hampton are limited to the documentary footage. That made Stanfield’s performance particularly challenging, particularly since O’Neal is largely the audience’s window into Judas and the Black Messiah’s world. Stanfield wanted his O’Neal to be despicable, but relatable; emotionally recognizable but not necessarily forgivable. It’s a delicate act.

“It was hard,” Stanfield says. “A lot of times, I wouldn’t know if I was going too far, or not far enough, or should I make me a little bit more crazy in this moment? And Shaka would help me fine tune all those things to find a balance in it.”

That balance was at its most difficult at a key moment in the film, when O’Neal seals Hampton’s fate with a particularly crucial betrayal that most justifies the “Judas” in the movie’s title.

“I was literally sick that day. I couldn’t stop compulsively crying,” Stanfield says. “It was so real. Daniel [Kaluuya], to me, was Fred. And we were sat back into that house, in those clothes, I felt I was O’Neal, and I had to do this. It was intense. One of the most intense things I’ve ever done.”

Telling a story from the point-of-view of the betrayer is a bold choice, particularly when the subject of betrayal is a figure as historically maligned as Hampton. The filmmakers behind Judas and the Black Messiah knew they’d be demanding a lot from audiences to put themselves into the shoes of someone as unsympathetic as William O’Neal, but Keith Lucas — who wrote the script along with his identical twin brother Kenny — says it might not be as much of a stretch as audiences think.

“That’s why I was attracted to the story,” he continues. “Because I feel like the story of the William O’Neals of the world, they’re not told because of that fear.”

Stanfield agrees, but he thinks some of that fear is justified too. He believes moviegoers have been betrayed by Hollywood movies a few too many times to give the industry the benefit of the doubt when it comes to telling murky, morally complex tales.

“People assume that Hollywood will take these stories and these characters and rape them of their richness, and their truth and authenticity,” Stanfield says. “And also, it means a lot to us as Black Americans to be represented in cinema still, because it’s so young and we’re very protective of that. We’re like, ‘No, you’re not going to represent us this way. We’re tired of being misrepresented.’”

Stanfield says that’s all the more reason for actors and filmmakers to stretch themselves to tell these kinds of stories, and prove that a new blueprint can work.

“We got to get more used to doing uncomfortable things. And you’ll find, and I think people will find with this movie, that fruits can come out of that.”

One of those fruits, Stanfield hopes, is a world where Black Americans start getting the justice that Hampton himself was denied — and that starts with being aware that unjust systems are still in place. “We’re figuring out how we move forward, but we know what we’re not going to do though. We know what we don’t trust,” he says. “I think it’s a good opportunity for people too, to hold their governments accountable.”

“All the years I’ve been Black and all the years I’ve known the justice system and how it relates to us — and not just generally, but especially Black people — there’s no justice there,” he continues. “That is corrupt from the top to the bottom. I hope that this helps people start to realize that.”

There is no easy fix. At this point, everyone acknowledges that. And while movies won’t be the spell that fixes the problem, Stanfield does believe that these stories — and these characters — can help force a growing number of people to the first step of knowing our own history.

“Things got to change, man,” Stanfield continues. “I do think films like this help with that conversation and push it forward. We’re forcing you to have to look at this story of Fred Hampton.”