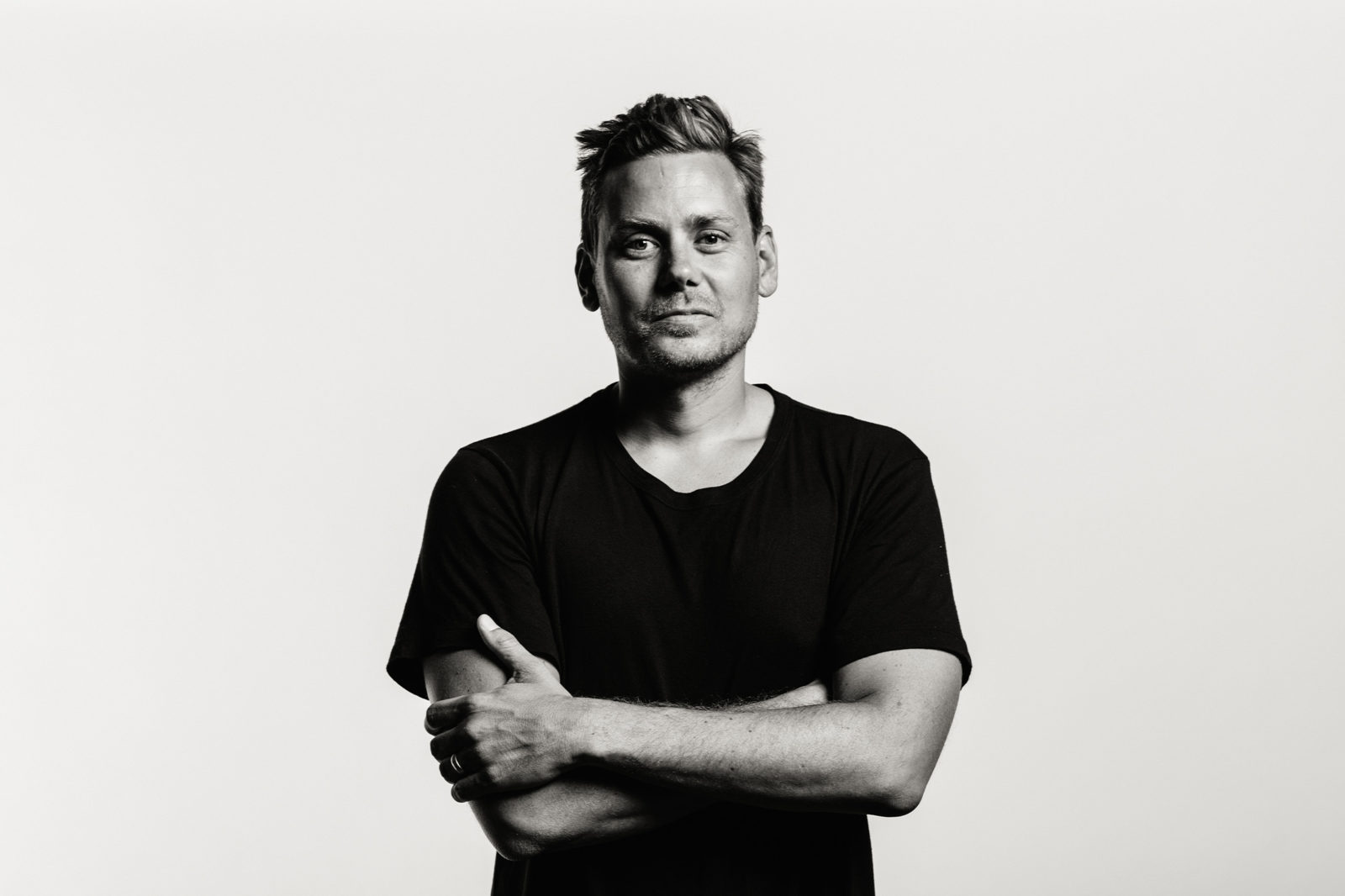 January 1, 2021 came and went and very little changed. That’s not surprising, but it’s hard not to feel a little disappointed. Given how difficult 2020 was for most Americans, the temptation was to view the New Year’s Day as an existential reset button that would not only herald a new year, but a new perspective. We want to be optimistic. It’s just not always easy.

John Mark Comer knows all about that. As an author and pastor, he spent 2020 trying to lead Bridgetown Church in Portland, Oregon through a global pandemic, economic collapse, nation-wide uprisings for racial justice and a contentious political election. He says he’s not inherently an optimist, but that’s OK. Comer is hopeful. To him, being hopeful is very different than being optimistic. It’s not a personality trait or even a way of looking at the world so much as it is a daily discipline that unites mind and heart.

Comer sat down with RELEVANT to give his perspective on what 2021 might look like (SPOILER: he doesn’t know, but he has some ideas) and how to discipline yourself to become a hopeful person.

Man, I think three of the most important words we have in our verbal arsenal right now are: We don’t know.

I’m cautiously very optimistic for ’21. Politics aside, I think with a new president in the White House, a lot of the social unrest will calm down because the far right and the far left have a very parasitic relationship. They feed off of each other. So it’s not going to go away, but I think it’s going to lose a massive amount of momentum, steam, energy, volume. I think that will calm down. We’ll get the vaccine.

What I don’t know is what that vaccine rollout looks like or how soon church is back to normal. I’m not a doomsday person and I don’t think that this is going to forever change the world, or that the Church as we know it is over. It will have a limited impact I still think. I think it’s just going to be a long, slow kind of slog. I guess I’m cautiously optimistic for what’s coming. I feel a lot more hopeful in recent weeks as we move forward.

Things are changing quickly out there, and there are a lot of studies that say religion is on the decline in the U.S. Does that concern you?

I’m concerned in the sense that I’m sad. I’m sad over it. I grieve it. And remember, I’m in Portland, so I just long ago resigned myself to it.

Think of it this way: I was reading this book on Victorian England a couple weeks ago, and it was about London as the first really major urban industrial city. This is the height of Christendom and they were talking about this bank and they had a daily schedule of the bank in there, and I was shocked that the bank started every morning at 8:30 a.m. with prayer for a half an hour. Everybody from the bank CEO down to the tellers all had to be there for prayer. I just can’t even fathom a world where Wells Fargo employees or Bank of America employees all had to be at work at 8:30, a half an hour before doors opened, to pray the Lord’s Prayer or whatever.

Now, the upside to that is, man, it would be incredible to raise my children in a cultural ecosystem where the basic moral tenets were in line with Jesus’ vision of the human flourishing! If I could pick that, I would do it in a heartbeat.

But the downside is, it’s just rife with compromise and complicity because the line is so fuzzy between what the New Testament calls the World and the Church, and so then you have imperialism and colonization and slavery and economic inequality all co-existing with this vaguely Christian moral ecosphere and social order. That turns off a lot of intellectuals to the faith, and then — in the case of Victorian England — comes the Enlightenment.

So all that to say, I’m not concerned about it. I’m sad over it, but I’m resigned to it with the exception that nobody knows what’s going to happen.

So you don’t think the fact that America seems to be going through a period of secularization right now necessarily means that’s here to stay?

I remember reading Rodney Stark’s The Churching of America. Blew my mind. In my mind, I think America 300 years ago or 250 years ago was super Christian, then every year it’s just gone down a little bit, and now it’s almost over. That is not what the data points say at all. Stark makes the case that the most post-Christian America ever was was during the Revolutionary war, and that it actually reached its zenith of cultural Christianity in the ’50s. And he just sees more of an ebb and flow and you have Great Awakenings and these different movements, and you have the ’60s counterculture.

So who knows? With globalization, the Church of Jesus is exploding all around Asia right now, and with the internet, we have no idea what could happen. We could be on the verge of a massive third Great Awakening. It could be this huge influx of Christian Asian culture that is imported. We don’t know. In the near future, I think my city is crazy secular and will continue to go even more secular. But that will just, I think, make the Gospel more and more attractive for people.

Is it hard to maintain an optimistic position for you or is that your natural disposition?

Oh, no. I am cynical and pessimistic by nature. The weird thing about being a leader is that you don’t get the luxury of optimism. I have to plan for the worst case scenario.

For example, up through the election, I had to have a plan in case President Trump got re-elected. That’s not a political statement. That’s just a fact. I live in one of the most liberal cities in America. And so if he had been re-elected, my city likely would have been on fire. So I just have to plan pastorally for how to navigate through that.

Again, let’s say there was no vaccine til 2022. I was optimistic that we’d have a vaccine early in this year, but I can’t plan on that. I can hope for that as an American citizen, but I can’t plan on that as a leader. I have to imagine: “All right, what if this pandemic is two years long and social unrest doesn’t go away, and I have to live in that space so I can respond instead of react?”

So no, I am not optimistic by nature at all. But with the 24/7, attention-based, anxiety-based for-profit news cycle, it’s almost impossible not to get sucked into this super anxious doomsday view of the world. I think the discipline for me is curating my digital news input, because I can walk around the city and it can be a beautiful day and I can feel good in my spirit and get a cup of takeout, to-go coffee or whatever and feel like, all right, there’s hope for Western civilization and the Church yet (and those are two separate things).

And then I can go online for five minutes and just feel like, “It’s over. I’m going to immigrate to New Zealand or become Amish out in the country and bake bread or something.”

So how do we stay optimistic in these times of a lot of cynicism and uncertainty?

Well, I think optimism and hope start with acceptance of reality. Optimism and hope are not the same thing, in my opinion. Optimism is this pseudo, self-help-type mental trick where you just tell yourself things are going to get better.

The problem is, reality does not always align to optimism. You’ve got all the sociological and psychological surveys that basically say pessimists are more likely to be right about the future, and optimists are more likely to be wrong but they live happier, healthier lives. So pessimists actually have a closer view of reality, but optimists’ illusion of reality actually enables them to be literally — in their body and in their mind — healthier people.

That is interesting. It captures the complexity and the contradiction of the human condition and our need to hold things in tension and in paradox, hold reality in our body and hope for the future.

That’s where hope is such a different concept. Hope is interesting. It’s about the future, but it’s energy for the present. In biblical theology, hope asks the question: What is our energy source in the present? It’s just belief in what my therapist calls “the gospel of upward mobility.” It’s not the linear view we have that things are always going to get better and better. Hope is that God is with us through whatever suffering we face, and good will come through it and in the end, all will be made well. But the end isn’t 2021 or 2022 or any sort of calendar date. End is the return of Jesus. It’s a very different metric system.

So hope is less focused on tomorrow than it is on the here and now.

So I think hope starts with accepting the pain of life. We’re mortal, we’re fragile, we’re living through a global pandemic, we could die, life is hard, we’re living through a political polarization that might get better but I would be shocked if it goes away. And the future of Western civilization itself is a little bit up in the air right now. Not like it’s going to devolve into the Dark Ages, but lots of people are saying this is what it felt like at the end of the Roman Empire. That’s over my pay grade. I don’t know. And what will come after this? I don’t know! And part of me is more and more excited to see, but only after I’ve done the work of grieving.

So where does discipline come into this?

I think the discipline is curating your digital inputs, where your mind is. So I’m not a big fan of mental Ninja trick optimism. It’ll make you a happier person, but it won’t necessarily make you a better person.

And then facing reality, and that involves grieving reality. Replace your hope with biblical concepts of Jesus being with us, Jesus bringing good out of who we become through our suffering and Jesus’ return to make all things new.