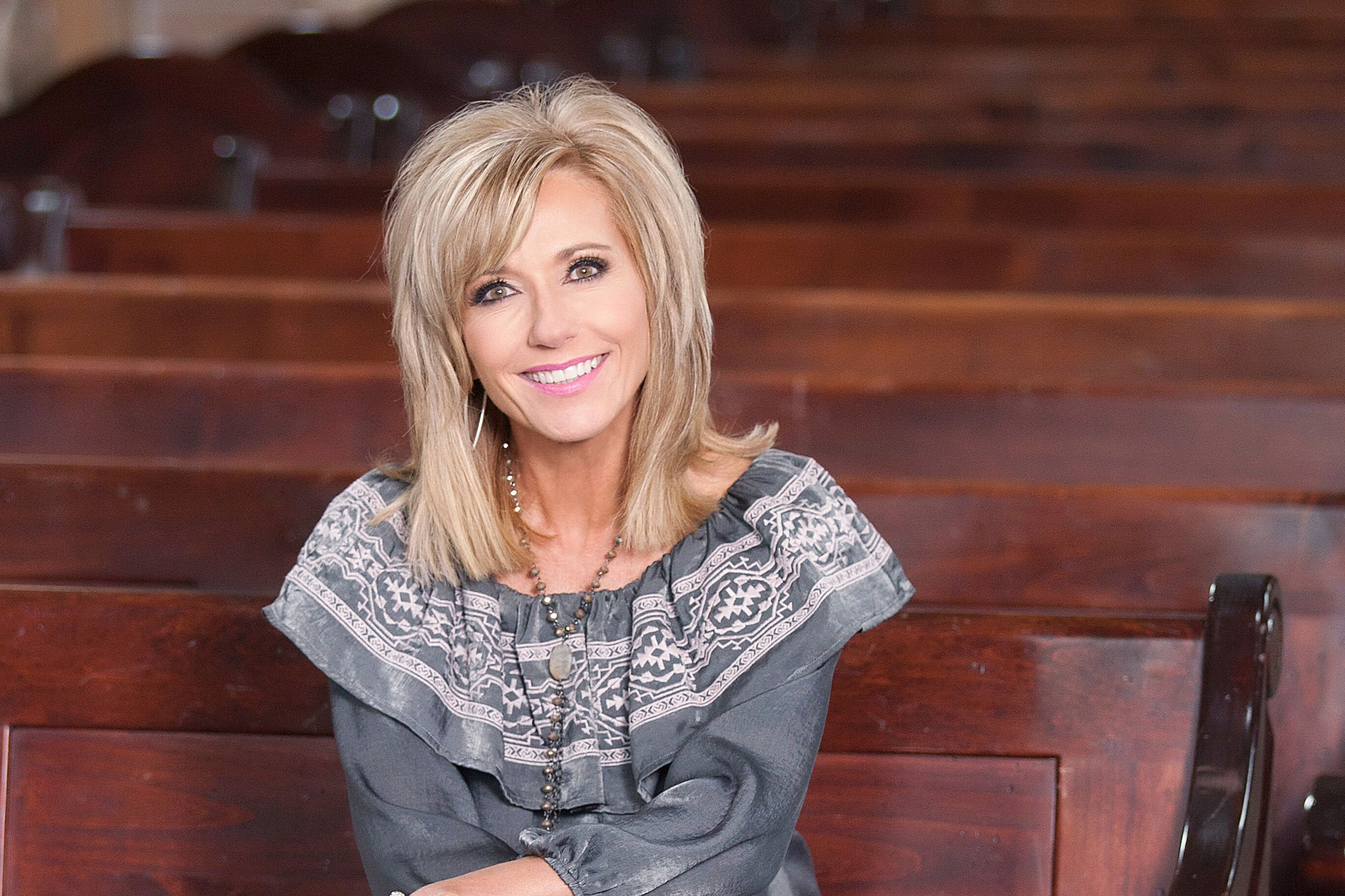 It was December 13, 2020, and the country was feeling a little upside down even by the unhinged standard of the era. Just a little over a month after 51.4 percent of voters clinched the election for Joe Biden and Kamala Harris, the U.S. was gripped in the throes of a President who refused to concede, spinning baseless conspiracy theories online about how the election had been rigged against him.

That’s all more or less business as usual for the Trump Administration. Even President Donald Trump’s most arduous defenders had to admit that his Twitter presence was a liability for his effectiveness. But this latest drama brought with it an astonishing display in Washington D.C., with protestors from all over the country gathering for a “Stop the Steal” rally, boosting Trump’s claims with a lot of weirdly religious rhetoric. Notable evangelical leaders like conservative radio host Eric Metaxas were on hand to help protestors march “with prayers for the walls of corruption and election fraud to fall down.” Trump was heralded as a messianic figure and Metaxas even blew a red, white and blue shofar in a strikingly on-the-nose display of Christian nationalism. It was a lot.

Into all this came Beth Moore, the 63-year-old Texas author and preacher whose Living Proof Ministries became notable in the 90s for providing women with winsome, Bible-based life advice. She was a big deal, relatively speaking, though her career tended to get the sort of patronizing head pats reserved for women in ministry that distinguishes it from more “serious” men’s ministry outfits. In front of the backdrop of the “Stop the Steal” insanity, Moore took to Twitter with a short thread of tweets.

“I do not believe these are days for mincing words,” she tweeted. “I’m 63 1/2 years old and I have never seen anything in these United States of America I found more astonishingly seductive and dangerous to the saints of God than Trumpism. This Christian nationalism is not of God. Move back from it.”

“Fellow leaders, we will be held responsible for remaining passive in this day of seduction to save our own skin while the saints we’ve been entrusted to serve are being seduced, manipulated, USED and stirred up into a lather of zeal devoid of the Holy Spirit for political gain,” she continued. “And, God help us, we don’t turn from Trumpism to Bidenism. We do not worship flesh and blood. We do not place our faith in mortals. We are the church of the living God. We can’t sanctify idolatry by labeling a leader our Cyrus. We need no Cyrus. We have a king. His name is Jesus.”

The tweets set off a firestorm across the internet and beyond, sending Moore’s name to the top of Twitter’s trending charts and sparking off conversations around cable news about just who this Moore woman was. MSNBC hosts dissected her message. Critics harrumphed in her direction online. Actor and comedian Tom Arnold actually jumped into her replies to ask Moore to marry him. It was an internet moment that spoke to just how desperate much of America was for someone to say something sensible.

For many, Moore’s comments seemed out of nowhere — the sudden waking of a sleeping giant. But anyone who’s been paying attention to Moore’s career knew that such boldness isn’t exactly a new look for her. In 2017, in a conversation with RELEVANT, Moore was candid about her outspokenness and what it’d cost her.

“The reason I got more vocal was because of the overlap with the witness of the Church and the witness of Christianity,” she said. “Our care with the name of Christ. The message being preached loudly to the world about our values and what we were willing to compromise to get what we wanted. I just found it deeply disturbing: our tolerance for wrong to get what we think is right.”

Moore did not, at that time, mention Trump by name. Even December’s Twitter thread that turned things upside down was careful enough to call out “Trumpism” instead of the President himself. Instead, Moore is minding her own community of evangelicals, creating space for a new generation of younger Christians who did not share their parents’ and grandparents’ spiritual enthusiasm for Trump.

“What I spoke out about was what I found so disturbing coming from my own world. I felt personally about it,” Moore told RELEVANT. “This is the evangelical world that I’ve been part of all of my life and served for 40 out of 60 of my years. I’ve never thought that world was perfect, no more perfect than I was or any other individual that was in it. But I would have believed that generally speaking, it was true. What we appeared to be was what we, to a large extent, were. I think that what hit me with such concern over these last 18 months was that I felt that its most public witness in politics — not all but in some very, very influential areas of evangelical leadership — I felt like the public witness of it seemed to be dishonest. I know that’s saying a lot. It seemed to me that the candidacy was not represented as a quandary. It was represented as a long-awaited victory.”

For these Christians, Moore acts as symbolic hope that a new future might be possible for Christianity in America. That’s the opinion of Kristin Kobes Du Mez, author of Jesus and John Wayne: How White Evangelicals Corrupted Faith and Fractured a Nation, which explores the historic threads in evangelicalism that led to the capitulation to Trumpism. She says Trumpism has acted as a wake-up call for many Christians about some poison threads within their tradition that have gone unexamined for too long.

“I’ve seen this growing awareness for [Moore],” Du Mez says. “Access Hollywood was this pivotal moment where she said, ‘Wait a minute, this is not who we are.’ But I think she found out actually it is who many of us are in terms of white evangelicalism.”

Du Mez has been studying white evangelicalism, finding the ways it has intersected with American principles like rugged individualism, strict hierarchies and “us VS them” mentalities  to create a new type of religious tradition — half Jesus, half John Wayne — sometimes without its adherents even realizing it had happened. Du Mez says such thinking created optimal conditions for the sort of conspiratorial thinking like voter scams and QAnon-adjacent thinking that has become popular in white evangelical circles.

Du Mez says that this trend is unlikely to reverse course unless Moore is joined by other bold leaders who can chart a new path. She is particularly concerned by how many Christians refused to abide by COVID-19 social distancing guidelines, and the threat such irresponsibility created for the rest of the country.

“We’ve got a pretty clear and present danger, and yet a reckless response to that,” she said. “I can explain why many evangelicals think like that through my research, but just personally looking around me, it still is still befuddling.”

Despite all this, Du Mez says she is getting more hopeful about the future of Christianity in the country.

It wasn’t always that way, in fact, Du Mez says that her editor called her when she turned in her Jesus and John Wayne manuscript and asked if she could come up with a happier ending. She tried (the last line in the book is “What was once done can also be undone”) but admits she wasn’t totally feeling it. However, the last few months have given her a more hopeful outlook. She’s received “hundreds and hundreds” of letters — some of them, she says, from influential Christian leaders still waiting to publicly speak up — from people who are heartbroken and hungry for change.

“But it will also take brutal honesty,” she continues. “How many of us, even if we are horrified with where we are now, also need the honesty to look at how we ourselves might be implicated in this and might have been complicit in this.”

And Beth Moore is, in many ways, showcasing just that sort of honesty and courage. “She has been speaking truth consistently,” Du Mez says. “I think that her tweet really resonated with people because it helped people realize, ‘Oh, you’re right. We’re hearing a lot from a few people, and those are exactly the people who were speaking out before the election in 2016. We’re looking for others to step up and there’s just not very many of them.”

That’s a tall order. But it’s an order Moore is trying to prepare the next generation for. In 2019, Moore spoke to RELEVANT again and was frank about the challenges ahead.

That “something” is what has kept Moore going this long. And as she lives out her calling — both in real life and online — she’s aware of the footprints she’s leaving for the next generation to follow. “Y’all have got to deal with this world when my generation is out of it,” she says. “Will we have taught you to keep standing back up?”

There’s this story Moore has about a Twitter interaction that has stuck with her. In a way, it seems to sum up much of her current message.

“Somebody on Twitter asked an earnest question,” she recalls. “He said, ‘Do you think it is the will of God for us to be happy?’ I’m so sanguine and such an extrovert that my bent is to answer ‘Yes,’ but I can’t. I can’t.”

“But,” she continues. “it also kind of gets on my nerves when somebody says God just wants us to be holy and He doesn’t care about our happiness. Well, I don’t think that either. We keep trying to make Him this one-dimensional God but God’s working all of it at the same time.

“So this is how I answered the guy. I said, “OK, OK, I’ve got to be honest with you. No, I don’t think our happiness is His priority. His priority is that we be fruitful.’”

The Unsettling Humanity of Jesus