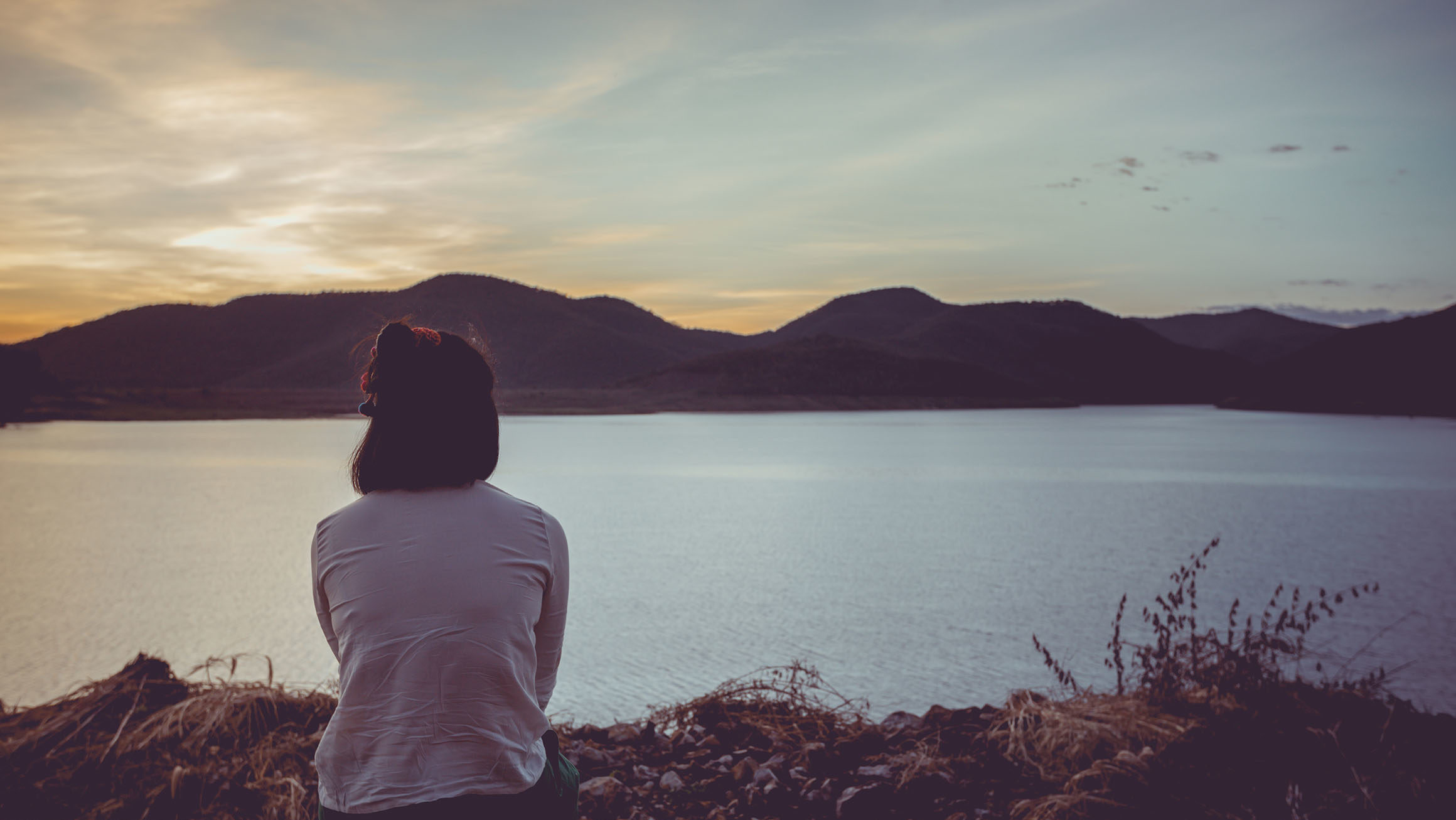 Anthony Bourdain was in northeast France when he died, spending a few days in a former commune called Kaysersberg. Kaysersberg is in the Kaysersberg-Vignoble department in Alsace. It’s a small city built around a stony old fortress that serves as a reminder of its strategic importance during the Franco- Prussian War.

The CDC found that between 1999 and 2016, suicide rates jumped in every U.S. state except Nevada.

Today, it’s simply a place to take in the views which are, as you might suspect, lovely—emerald vineyards producing some of the finest wines in the region. Bourdain was there with his friend, acclaimed chef Éric Ripert, filming new episodes of his popular show Parts Unknown, a series that further cemented his living legend-y status as the revolutionary radical of the culinary world—a Mick Jagger- meets-Indiana Jones luminary of food and travel.

Anthony Bourdain was, in short, a guy who seemed like he had a lot to live for, which is why the national conversation around tragic suicide was mixed with not just sorrow but shock. Why?

The unspoken question underneath all the mourning and eulogies seemed to be, Why would Anthony Bourdain take his own life?

His own mother, Gladys, told The New York Times that her son was “absolutely the last person in the world I would have ever dreamed would do something like this.”

Similar questions were raised around the suicide of people like Tim Bergling, better known as the chart-topping DJ Avicii, who took his life in April at the age of 28. Or Frightened Rabbit frontman Scott Hutchison, who died by suicide in May. And then there’s Kate Spade, a New York fashion icon whose success and influence had made her a popular staple among NYC’s tragically hip, right up until her death in June.

“We were in touch with the night before and she sounded happy,” her husband, Andy, wrote in a statement about his wife’s long struggles with anxiety. “There was no indication and no warning that she would do this. It was a complete shock.”

Statements like these and many others provide a window into our national understanding of suicide. An understanding which, for all the ubiquity of its subject, remains fraught with misinformation and incorrect assumptions. And those gaps in knowledge are costing lives.

“These people had money and influence,” says Jamie Tworkowski, of Bourdain and Spade. “They were probably living their dreams in terms of living with purpose and having a career that they were excited about. They had so many things going for them. And yet, the reality is just that you never know.”

Tworkowski is the founder of To Write Love On Her Arms, a nonprofit that raises awareness about self-harm and offers resources for people struggling with depression and suicidal ideation.

“I think it was interesting because it felt like all of a sudden, [after Bourdain and Spade’s suicide] the whole world was talking about mental health and talking about suicide,” Tworkowski says. “And the challenge is, two weeks later, a month later as the news moves on and the headlines are different, is it still OK to have those conversations? I think the challenge and the hope is that that can continue to be true and we don’t have to wait for those tragic headlines.”

If you heard there was a disease in the United States that had claimed the lives of 45,000 people in 2016, you’d probably consider it to be a big deal—and a frightening one. If you heard this disease was particularly prominent among 10- to 34-year-olds— the second-leading cause of death among that age group— you might be even more concerned.

These are the facts of suicide in America right now. And if current trends continue, things will only get worse.

A 2018 study from the Centers for Disease Control and Prevention found that between 1999 and 2016, suicide rates jumped in every U.S. state except Nevada (which, despite a slight decline, still faces a higher suicide rate than the national average). In 2016, 45,000 people committed suicide. That’s twice the number of people who were killed by homicide.

In half of the U.S., suicide among people aged 10 and up spiked by at least 30 percent.

At what point does an issue become so dire that it’s no longer a macabre curiosity but a national concern? How bad do numbers have to get before we talk about suicide as a grim specter that casts a shadow over the entire country? Simply put: At what point do we admit that this is a crisis?

The reasons for the rising suicide rates are difficult to pin down, but sociologists have highlighted a few possible factors. One big one: the Great Recession.

A 2017 study from the Social Science and Medicine journal found a relationship between rising foreclosure rates and suicide rates; a relationship that grows particularly notable among white men.

These people had money and influence… They had so many things going for them. And yet, the reality is just that you never know.

The CDC also points to the opioid addiction crisis as a huge factor, though it’s not always easy to discern between deaths resulting from accidental overdose and people whose struggles with addiction drive them to intentionally take their own lives. However, a 2014 survey found that people with prescription opioid addictions are at anywhere from a 40 to 60 percent higher risk of suicide, and are twice as likely to attempt suicide as people who don’t use opioids.

These studies are important, but all experts agree that suicide is not always attributable to obvious causes. In fact, people with no diagnosed mental health condition commit 54 percent of all suicides, according to numbers provided by the National Violent Death Reporting System, which catalogs deaths in 40 states in the U.S. Some of that may well be attributable to the lingering stigma around mental health, which can prevent people (especially men) from recognizing warning signs of serious depression and seeking help.

In other words, people with depression and anxiety may be committing suicide before ever getting their mental health issues clinically diagnosed.

“I think a lot of times when it comes to mental illness, we assume this is a character flaw. A weakness. A lack of faith,” Tworkowski says. “I feel like it’s important to point out that those ideas are false. This stuff is simply part of being alive on this planet no matter where you live or what you grew up believing, what your house looked or felt like, the story of your family.

“There are 40 million Americans who will deal with a mental illness this year. This is so incredibly common and I think we are hoping and dreaming of a world and a country where it’s just totally OK to admit that this is part of life.”

But clinical depression doesn’t necessarily have to be a factor. The issues most frequently associated with suicide tend to be relatively common ones. Relationship struggles, like a bad breakup or a struggling marriage. Career and financial tension, like a career hiccup or mounting debt. Physical sickness, general stress, impending crises—all of these things are possible contributors.

All of this points to an uncomfortable truth. Suicide is not just an issue for people wrestling with depression, anxiety or other mental illnesses. There is no “type” of person who is or is not immune to suicide. It can be a struggle for anyone, even people who seem like they have “everything to live for.”

EVERYTHING TO LIVE FOR

One thing that’s becoming increasingly, uncomfortably clear in the wake of the rising suicide numbers is that traditional ideas about what helps and what doesn’t may be a bit outdated. It’s common enough after high-profile suicides to take to Twitter and Instagram posting messages encouraging those struggling to just “reach out” or “talk about it.”

Tweets with a phone number to a suicide hotline rack up thousands of retweets, reinforcing the conventional wisdom that if people would just talk about their struggles a little, maybe they’d go away.

It’s a nice idea and not totally incorrect. Experts say that communication is key for anyone struggling with suicidal thoughts. But the emotions driving people contemplating suicide are complex. Oftentimes, it’s something like ambivalence— an inability to come up with a good reason to go on living. If that’s your battle, then the encouragement to reach out and seek help is likely to be met with a simple, stubborn, “Why?”

There’s also the reality that many people who’ve been struggling with suicidal thoughts have been thinking about it for a long time— possibly years. In such cases, they may have stopped thinking rationally about the decision and are stuck in more of a fight-or-flight decision with life. In such cases, suicide may start to seem like the best option, and there’s very little that the simple command to “talk to someone about it” can do to dissuade them.

In fact, studies show that what really does help dissuade people from suicide is hearing the stories of others who’ve grappled with the question of whether or not to kill themselves and decided against it. For every high- profile suicide like Anthony Bourdain or Kate Spade, there’s another, less-told story about a celebrity who chose against suicide or survived a suicide attempt.

Drew Barrymore cut her wrists when she was 14.

Elton John’s go-to lyricist Bernie Taupin walked in on John sticking his head in an oven. Halle Berry left her car running while she sat inside, inhaling he fumes. All of these people survived their attempts, went to therapy and came through with healthier outlooks on life. And this is to say nothing of people like Oprah, Michael Phelps and Demi Lovato, who have opened up about struggling with suicidal thoughts.

“Attempted suicide” isn’t as juicy an internet headline as “died by suicide,” so those stories don’t get the same type of press. But according to studies, they should.

I think the challenge and the hope is that that can continue to be true and we don’t have to wait for those tragic headlines.

When media outlets focus on suicide itself, it creates a contagion effect that can nudge others struggling with suicidal thoughts further to following through. (This was a major criticism of Netflix’s hit series 13 Reasons Why, which drew the ire of no less than The National Association of School Psychologists for “romanticizing” suicide.)

But stories of people who coped and survived open up other possibilities of struggling through your season of depression and finding the will to struggle through. Telling those stories and shining a light on them could be a big step forward toward course correcting the United States’ disastrous downward spiral.

“Honesty is contagious,” Tworkowski says. “So when we realize other people are struggling and talking about how they’re feeling and what they’re dealing with, I really do believe—and we see time and time again—that it gives other people permission to be honest and admit how they’re feeling and to put a hand up and say, ‘Hey, I need to talk to someone.’”

The Most Dangerous Game

Eugene Peterson on What It Means to Be a Christian