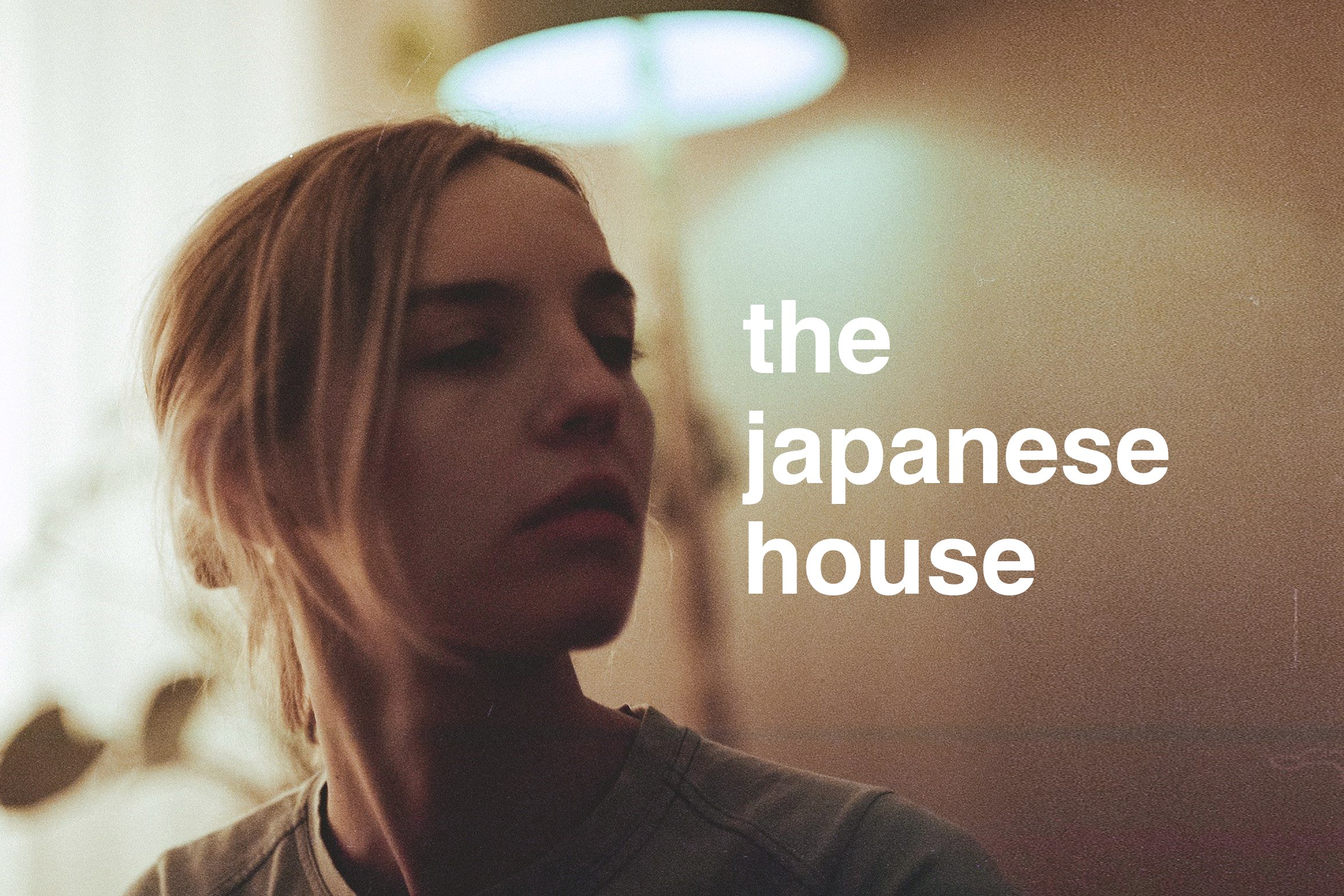 Amber Bain is not given to distance. In her songwriting and even in conversation, there’s a fearless intimacy that isn’t overbearing, but is studious and deliberate. She’s generous with her honesty, and that’s intentional. She’s hoping that by being honest in her music, she’ll eventually be able to figure out a little more about who she is.

“I don’t like to confront issues,” she says. “So I guess there is something therapeutic about writing a song and confronting it, but I don’t enjoy the process. I don’t feel good afterward.” She compares writing a song to exercising—not particularly enjoyable in the moment but full of long-term benefits for those able to stick with it long enough.

“Everything hurts afterward and you feel like s***,” she says. “But in the long run you know you’re doing good for yourself. That’s the only way I could be able to describe it.”

And Bain is doing good. As The Japanese House, she has achieved a rare feat—she became an exceedingly buzzy artist without a full-length album to her name. Instead, a pair of 2015 EPs immediately cemented her as an artist to watch. Over the last few years, she released a slew of other singles and headlined a couple of international tours—even opening for her friends and frequent collaborators The 1975.

And now, in 2019, she’s finally released her first full-length album Good at Falling. The album, full of the sorts of burbling melodies and lush, dreamy production that put her on the map, isn’t likely to slow her ascent. But to hear her tell it, that ascent is just a happy byproduct of her own desire to create something beautiful, personal and real.

THE HOUSE THAT STARTED IT ALL

When she was young, Bain and her family spent a week in Devon, England, where they stayed in a house owned by Kate Winslet modeled after traditional Japanese tea houses. She posed as a boy that week and even netted a childhood crush from a neighbor girl who was heartbroken when she learned she’d been duped. The experience had an impact on Bain—it’s why the house became her band name—and she’s been trying to figure out her identity ever since. She’s made some progress on that front, and says she’s “being more frank.”

“I think that’s just reflecting who I am as a human: being more open with myself and with people,” she says. “That’s showing through my songwriting rather than me going, ‘Right, that’s it, I’m going to start writing songs that are really open.’ I never made that decision. I think it just reflects me.”

This idea of “reflection” comes up a lot with Bain. She has a keen sense of how external and internal things interact, and how often those things are more indebted to each other than we think. Good at Falling is a reflection of an extraordinarily difficult season in Bain’s life—one in which she was forced to reckon with a number of very difficult realities about the world around her and the one inside of her.

She says that’s part of the reason it took such a long time for her to release a full-length album. “Obviously, it would have been better had I released it quicker, but I guess I had to wait that long,” she says. “Those things needed to happen.”

Bain says a big part of her recent growth has been learning that the feelings she used to attribute to other people were actually things she was feeling within herself. “I acknowledged I actually probably hated myself quite a lot,” she says. “There’s a song on the album called ‘Everybody Hates Me’ which, when I originally wrote it, was basically a tribute to alcohol because the feeling that you get when you’re hungover. You wake up [and think], ‘Well, I’ve ruined my life and everyone hates me. I’m just being crap.’”

But then she realized the truth: “Everyone didn’t hate me. I hated me,” she says. “I was making myself feel like that every day and I’m creating ideas in my head of what people thought of me.”

Bain says she started to seriously examine her relationship with alcohol over the course of making the latest album, and what she discovered wasn’t pretty. She says she “wouldn’t say I started having an alcohol problem,” but acknowledges that there was an “ongoing issue” that she calls “severe.” And that issue led to a string of mornings in which she’d wake up and feel bad about herself and her actions.

“I’ve got a headache and I feel bad and sad, but I’m anxious about people’s opinion of me,” she says. “But when you’re doing that every day, it becomes a much broader thing that infuses into the way that you think about yourself. Because it’s every day. It’s not just my hangover. When you do something enough, it becomes you completely and engulfs your frame of mind.” 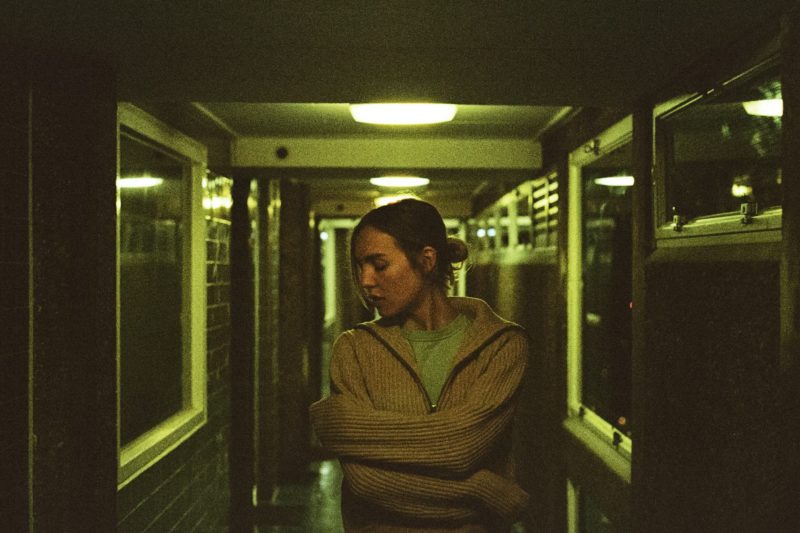 Dealing with these things hasn’t been easy for Bain. She says she’s not a fan of confrontation. “I don’t like to deal with things head-on very often when they’re particularly painful,” she says. “When I go to therapy, I don’t feel catharsis or any sort of release afterward. Like, I feel worse.”

But she does go, and she says she’s been fortunate to have friends around her who support taking mental health seriously. “Being conscious of your mental health and caring for yourself is definitely a respected thing within my group of people,” she says. “I understand that in a lot of groups that’s not the case and I think I’m really lucky to have people like that. I always feel like I would be judged more for not taking care of myself than doing so.”

If this all sounds heavy, well, it is. Bain’s most recent collection of songs deals with mental health, the death of a friend and the painful end of a serious relationship. It’s a lot for one album, and she admits that traveling the world and singing about all this every night can be “quite exhausting,” but she recognizes there might be a benefit to letting it out, too. Eventually.

Maybe that’s a way in which writing is therapeutic: Other people’s reactions make me feel better about my life.

“I think when I first write I don’t feel the initial effect of it being therapeutic,” she says. “I don’t feel that at all. But I think there must be some positive effect in the long run after having expressed something.”

Plus, the amount of connection Bain’s been able to make with her fans would suggest that no matter how difficult it might be to work through these emotions and experiences, she’s not doing it alone.

“Everyone I know has been heartbroken or had some sort of existential crisis or has suffered depression or, like, hated themselves. I think maybe it’s rare that people talk about them in such detail, but it’s not exactly groundbreaking,” she says. “I think the reason the people that do connect with it connect with it is because it’s completely honest and natural what I’m talking about. It’s not contrived.”

And that connection, while obviously helpful for fans who feel a little less alone when they listen to The Japanese House, is also helpful for Bain. The fact that people can connect with the things she’s singing about are a reminder that her experience is universal.

“Maybe that’s a way in which writing is therapeutic: Other people’s reactions to it make me feel better about my life,” she says. “Everything is just about figuring stuff out. No one really knows what’s going on. We’re all questioning everything.”

You can feel this inquisitive assurance on songs like “Maybe You’re the Reason,” when Bain grapples with a deteriorating relationship. “I keep looking for something, even though I know that it’s not there,” she sings. “Every time I try to figure it out / You’re the only thing I can think about.”

Who hasn’t been there?

FLOWS AND PROGRESSION AND BLOCKS

While this album was undoubtedly the product of a difficult time, Bain doesn’t necessarily chart her life in simple little chapters.

“I don’t think I think of my life in terms of like eras,” she says. “I don’t think I’m suddenly going to write the next album and be a different person.”

So she acknowledges the last few months have been difficult, but it’s not as simple as calling it a difficult season. “Maybe I do feel like that time is over,” she says. “I don’t know. I kind of hope it’s not. I like the feeling. Slow flows and progression and blocks. You know what I mean?”

This is how Bain writes and this is the kind of art she creates. A lot of the feelings she’s expressing are difficult to summarize. They don’t make for easy conversation. But her skilled expressionist language evokes the right mood without landing on the exact dictionary definition. And it helps her, too.

“Maybe it’s good that I’m forced to deal with a lot of stuff throughout songwriting,” she muses. “So whether it’s painful or not, it’s probably better to do that than to suppress it in the long run.”