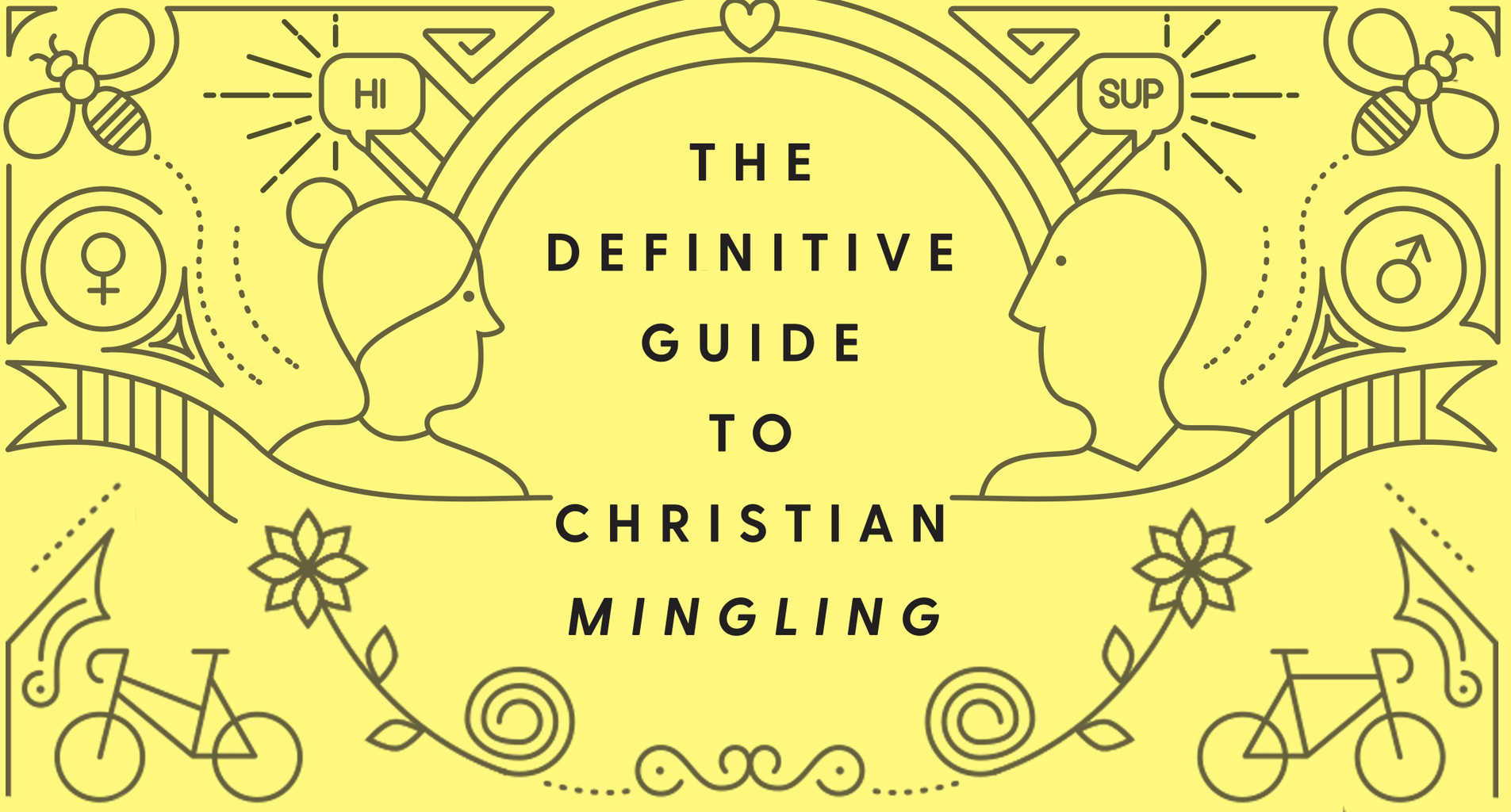 It’s hard to say exactly when the concept of Christian dating first emerged, but way back around the fourth century, a Moabite immigrant named Ruth laid down at the feet of Boaz in an attempt to win his affection and ever since then, this whole Christian mingling thing has been complicated.

Granted, there’s not as much laying at someone’s feet on the threshing floor today as there was in Ruth’s time, but there are other complex customs: Courtship. DTRs. Sidehugs. Romance is confusing for everyone, but Christian dating is its own little conundrum.

But fear not. We’ve compiled the Definitive Guide to Christian Mingling to help you find and keep your Proverbs 31 Woman or your Boaz Bro.

Guideline One: Keep Each Other Guessing

Communication is important in relationships. But in Christian relationships, what’s much more important is vague communication. Christian couples in the early throes of dating need to be as unclear with each other as possible. In many cases, it’s advisable to remain unclear about whether or not you’re even in a relationship. Some mature Christians are capable of making it all the way to their six-month anniversary without ever establishing if they’re actually dating.

As a warning, some well-meaning friends may encourage you to have a “DTR.” This allegedly stands for “define the relationship” but in actuality stands for “death to romance.” Having an honest conversation about your feelings in which you truly communicate your intentions may sound good, but it takes a lot of effort and authenticity. It’s much easier to just communicate through glances and pregnant pauses until your friendship turns into a committed relationship via a sort of slow osmosis.

Guideline Two: Isolate Yourselves From Community

If you absolutely must have a real, official dating relationship, it’s important that you protect it from any and all outside sources. The best way to do this is by abandoning your respective communities and devoting every possible waking hour entirely to each other and each other only. You can do this gradually, by slowly ghosting on each of your friends in hopes that they won’t notice you’re pulling away, but many couples prefer to just rip the Band-Aid off completely.

ur new age of social media has made it easier than ever to craft a fantastical reality in which the person you’re dating is really the only person you ever need to interact with in any significant way.

Now, it’s easy to think the start of a new relationship might be a time when you’d need solid friendships in which you can talk about how things are going in your love life. But remember, every second spent with a platonic person is a moment you could be spending with your new courtship partner. Why would you talk to a trusted friend, gaining valuable insights when you could be staring into the beautiful eyes of someone who makes you feel weak in the knees, gaining ever more butterflies in your stomach? It’s a no-brainer.

This isn’t an easy one to talk about but, hey, it’s the one on everyone’s mind, right? How far is too far? A lesser guide

purity is less about drawing a legalistic line in the sand and more about pursuing a healthy relationship with God and each other based on honor, mutual respect and selflessness.” Lame.

So instead of solid advice that encourages discipline, responsibility and purity, we will establish, once and for all, exactly how far is too far in a Christian dating relationship.

Just kidding. The very fact that you’re asking this question at all is a clear sign that you’ve crossed the line. Repent.

Every relationship is full of big, defining moments that you’ll look back on and cherish forever. Your first date. Your first kiss. Your exchanging of promise rings. Your third date. Your one-month anniversary. Your six-

Each of these is a special moment and should be commemorated with the all-important grand gesture.

This never-ending roller coaster of celebration can keep the delirious first few months of fairy tale romance alive almost indefinitely and stave off the hard work of learning about each other’s actual day-to-day lives.

And if your courtship partner ever suggests that maybe the two of you should sit down to actually talk about real life instead of filling it all up with trivial events, it just means you’ve been slacking on filling your schedule with grand gestures.

Marriage is perhaps the most important decision you will ever make, and far too weighty to bog down with lots of prayer, contemplation and seeking advice from wiser loved ones.

The important thing with Christian dating is to rush through the various stages of romance as quickly as possible, all culminating in a variable sprint down the aisle. Yes, even the engagement should be kept as brisk as possible (disciplined couples can probably knock an engagement out in two weeks or so) to guard your mind from wayward thoughts like, “Am I sure this person is the one for me?”

Such questions only get in the way of true romance.

Cam Newton on His Sexist Comments: ‘I Sincerely Apologize … Don’t Be Like Me. Be Better Than Me.’