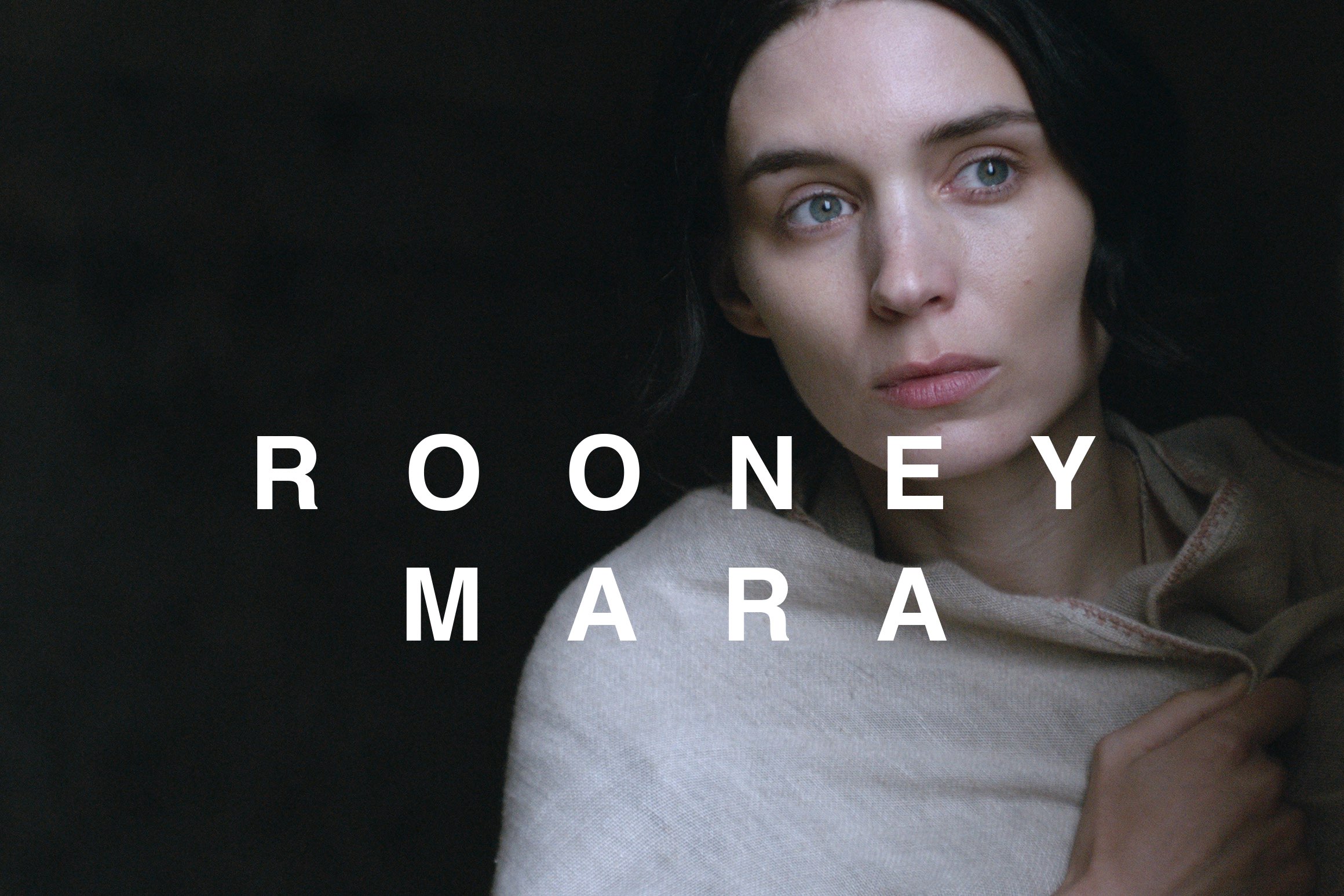 The first thing Rooney Mara had to do as the lead in Mary Magdalene was forget her character’s reputation. Pop culture and church culture have assigned Magdalene some unflattering (and inaccurate) labels—prostitute, sinful, even (thanks to Dan Brown) Jesus’ wife—but Magdalene, the movie, steers away from the salacious to offer a more biblical presentation of her life. For Mara to do it justice, she had to unlearn who Magdalene was.

Pope Gregory I labeled Magdalene a “sinful woman” in the year 591, and public opinion of the biblical figure hasn’t improved much since the early church, even among Christians. Though the Bible makes no mention of Mary being a prostitute, the theory still persists, and in recent years, the runaway success of Dan Brown’s The Da Vinci Code gave prominence to the notion Magdalene was Jesus’ secret wife. This theory is rooted in interpretations of the non-canonical Gnostic gospels (such as the Gospel of Philip and the Gospel of Mary), but the Bible itself offers no foothold for the idea.

Nevertheless, misconceptions of Magdalene abound, and Mara, 33, was around a few of them growing up. As a girl, Mara was raised Catholic. She attended Sunday school every week and went to Catholic school until sixth grade. She’s since left organized religion, but still had to eradicate her prior impressions of Magdalene before portraying her on screen.

“I had these things in the back of my head I had to let go of and start from scratch,” she says. “I had so much baggage in terms of what I knew about the character and the story. I wanted to go into it with a clean slate.”

Many Christians would benefit to do the same. Mara’s biopic of the biblical figure finds both its greatest successes and loudest public controversies by putting its title character at the center of the story. Magdalene is less about bearing witness to Jesus’ life than about recording the spectrum of reactions to Jesus’ life, and as everyone in the movie comes to their own conclusions about what the coming of the Kingdom of God will look like, the narrative positions Mary as someone who had a tighter grip on the truth than most of the disciples, if not all of them.

The Church has struggled with Mary Magdalene’s special understanding of the Gospel for hundreds of years. And oftentimes, that misunderstanding has mirrored ideas about gender and ministry within the Church itself.

A popular, conspiratorial narrative has speculated that there must have been a romantic element to Mary and Jesus’ relationship in order for her to garner the esteem she had in His eyes. Really, the early church was accusing her of seducing her way to the top. It’s a familiar (and offensive) refrain many successful women face today.

Mara and Garth Davis, the director of Mary Magdalene, anticipated this perception of Mary, but they didn’t expect their movie to be controversial for trying to reclaim Magdalene’s story.

“I look at a male-dominated society and the way people have decided to manipulate women in history, and I find that way more controversial than us telling this story,” Davis says.. “Two thousand years and we still haven’t acknowledged this interpretation of Mary Magdalene? I think that’s more controversial than the making of this movie. We’re going to meet resistance, but we have to get these stories out there.”

Mara agrees. She hopes that the movie challenges misunderstandings. “A lot of women I know were moved by it and thankful the movie was made,” she says.

Magdalene positions Mary apart from the disciples in two respects. First, her relationship with Jesus is more familial than that of Jesus and the other disciples. Mary is by Christ’s side at the Last Supper, for example, and Jesus confides in Mary more intimately than He does the Twelve. Their scenes together sit at the heart of the movie’s relational web. As Mary and Jesus become close, the rest of the Twelve grow jealous, mistrustful or more entrenched in their own understanding of who Jesus is and why He came.

“We wanted to remind people that the Kingdom is within us,” Davis says. “When you’re among the disciples, everyone had a different idea of what the coming of the Kingdom was going to be, but what I love about Mary is she chose to just be in the world and trust. It was a completely different way of being part of that powerful faith movement.”

Mary’s intuition of Jesus’ mission, however, was often dismissed by the early church as a result of nepotism. That’s not lost on Mara and Davis, and in Magdalene, they’re careful to underline how Mary’s relationship with Jesus came not from special treatment or attention, but bold, faith-motivated decisions.

Mara remembers shooting a scene early in the film in which Mary makes the radical choice to leave her home and follow Jesus with the disciples. She walks into the disciples’ camp and stands out right away as the only woman. The men are confused and concerned, even a little intimidated.

“I remember walking up to that group of men and thinking how it would have been absolutely terrifying,” Mara says. “To just go and join this group of men definitely took a lot of bravery. We’ve never seen that world from a female perspective, and I think the male and female perspectives are quite different, certainly during that time. So there’s a lot of value seeing [the story] from a woman’s point of view.”

Davis agrees: “It was very daring for a woman at the time to leave her home and follow Jesus. I found it moving to see Mary try and find a way to express her calling. I think she’s dealing with the same problems women face today. She was pushing up against tradition, and I think a lot of women can relate to that.”

“A lot of the issues in the film are present in 2019, even more so than when we made it.” –Rooney Mara

Mary Magdalene was far from the last woman in the Christian Church who had to work harder for authority. Across entire denominations and individual church campuses, there is still resistance to the idea that women should be extended explicit pastoral roles in the Church. While theologies differ in that respect, the prospect of even giving women more general leadership positions in church still carries surprising controversy in 2019. Apart from the Church, as some recent news still indicates, there are institutions that still push harmful ideas that women aren’t believed, recognized, affirmed or granted the same authority as men today in what they assert or profess.

When Magdalene bore witness to the Resurrection among the disciples, Luke 24 says the disciples didn’t believe her, and Mark 16 asserts the same. Modern apologists point to these passages as evidence for the Resurrection (Why would conspirators place the validity of their argument in the mouths of women, who in those days could not even give a testimony in court?) but even today, women looking to follow in Mary Magdalene’s footsteps are fighting the same biases she was battling almost 2000 years ago.

Critics might say Magdalene’s illustration of Mary is a result of forced contemporaneousness, a way to cram modern issues into the Passion narrative, but from the start, Davis rooted his movie in history. His movie does not look, feel or sound like other faith-related stories on screen, and that’s the point. He says he wanted to evoke the feeling of “an elegant documentary.”

“I wanted to do a human telling of [this story],” says Davis. “I’m not here to judge [other faith movies], but I don’t relate to them. When I read this script, Jesus wasn’t held above us. He was with the people. I could be on that journey with Him. I didn’t feel like I was being taught a lesson. All these characters have a vulnerability about them, and I think it’s in those vulnerabilities we get close to spiritual truth.”

Mara and the other actors had to strain at times in search of that vulnerability. Instead of a soundstage, Magdalene was shot in places meant to evoke the reality of the period, such as Rome and the canyons of Southern Italy.

For Mara, the tactility helped her become more honest inside the part, her biggest worry going into the role. Despite leaving Catholicism, Mara still considers herself very spiritual, so while it was strange for her to be acting opposite Jesus in the early days of production, the grounded nature of the movie brought her toward a revelation. She dropped her preconceptions about Mary and Jesus and she found her own idea of the truth again.

“I thought it was going to be pretty weird to do some scenes with Jesus,” she says, laughing. “How do you go into that space and make it feel real? But it was cool to let myself be open as I went along and rediscover what I knew about Jesus. I was surprised. It wasn’t dissimilar to the spiritual things I follow and believe in as an adult.”

Reputations are a hindrance to change, which means to see beyond them takes a radical mindset. The most controversial thing about Mary Magdalene is not that it shows us a fresh take on the woman at its center, but that its take feels fresh. It’s both a signpost pointing toward a more receptive church and a measuring stick for the Church’s present shortcomings. It shows a woman in A.D. 33 struggling with the same lack of validation many of her successors fight against right now. Don’t dismiss that tension. Believe it and tell the others.