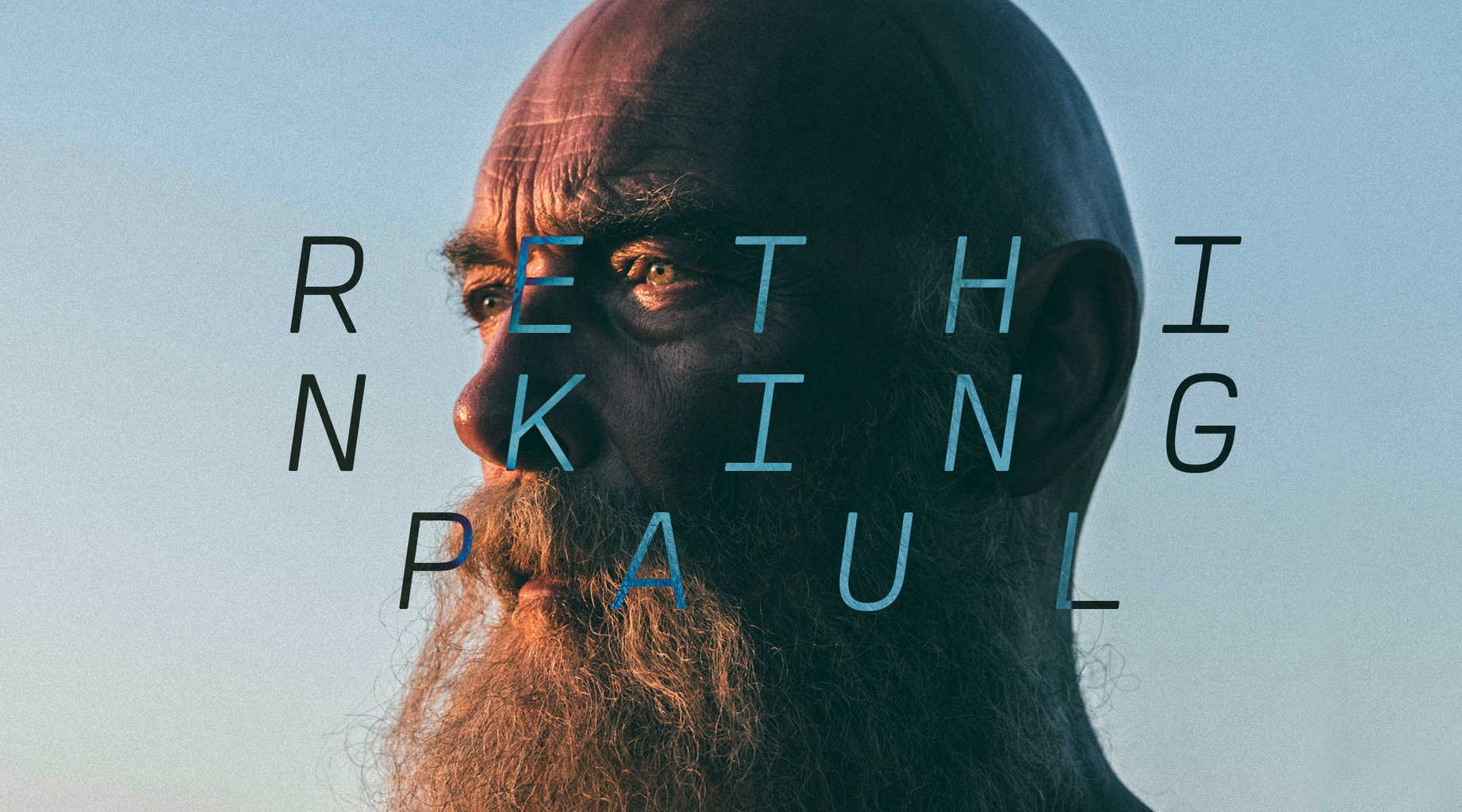 For years, believing creatives of all sorts have eschewed the dreaded title “Christian artist.” We don’t say that Christian chefs make “Christian food,” some variation of the argument goes, so why must we have “Christian movies” and “Christian music”? In his new book, Paul: A Biography, renowned biblical scholar and historian N.T. Wright suggests the same about the New Testament writer: that the apostle is not just one of the most prominent biblical authors, but that he is one of the greatest thinkers of all time. Period.

We recently spoke with Wright about this new take on Paul, what we’ve gotten wrong about him and the major studio film about the apostle starring Jim Caviezel and James Faulkner that hits theaters March 28.

RELEVANT: One might expect a renowned theological scholar to write about Paul’s thoughts, but you’ve chosen a genre that focuses on Paul as a person. What were some of the challenges of approaching this work as a biographer?

WRIGHT: I was trying throughout to bring Paul up as a three-dimensional character so that when we then meet him in his writings, it’s not just, “Oh here’s a book by somebody called Paul.” But, “Oh my goodness, yes, now, of course this is what he wants to say to the group …” It was the attempt to get the real flesh-and blood man back up and running.

My hope was to go beyond the church groups, beyond the Jewish groups, beyond the world of scholarship certainly and to say to ordinary readers, “Here is one of the great public intellectuals of all time, writing in vivid, exciting prose—and sometimes verse—wrestling with some of the biggest issues that any human being ever faced—love and death and life and God and all of that—and then coming up with some dramatic and startling things to say.” Everyone needs to deal with this man.

RELEVANT: So you’re saying that what Paul wrote has something to bring to bear on history in general.

WRIGHT: Absolutely. I mean, I started off studying ancient history before I started theology. I was looking at people like the Emperor Augustus, and philosophers like Seneca and so on before I ever turned my attention to Paul. I want to say, Paul is up there along with people like Cicero and Seneca.

He didn’t write as much but, he was every bit as influential. When we come back to our own age, over the last 200 years, Paul is up there with Thomas Jefferson or Karl Marx or Václav Havel or people like that. These are great thinkers who have actually changed the way that history moves through their thinking, actions and writings.

RELEVANT: The book describes Paul as an “inventor of new paradigms” for how we understand Jesus and what He accomplished. What does that mean?

WRIGHT: When Paul is going out into the non-Jewish world, he has to address people in the marketplace at Athens or down by the river in Philippi or wherever, who are not Jews, who don’t think Jewish-ly. Paul is determined to be loyal to the Jewish traditions but to say things in a way that will grab his hearers. He’s got to figure out how to do that. We see this in some of the great poems.

Take the poem in Philippians 2, that “Christ was in the form of God, but He did not regard His equality with God as something to exploit” as so on and so on. Nobody was saying that sort of thing before Paul so far as we know. Nobody during Jesus’ lifetime was saying that, but Paul realized that was a way of praying the Jewish prayer of monotheism [with] Jesus in the middle of it.

That’s revolutionary. It’s deeply loyal to Jesus, but it is expressing that loyalty in a whole new way, enabling people way outside the Jewish world to pray Jewish-ly, but Jesus-ly. That was a radical innovation.

RELEVANT: Many Christians don’t like to think about the involvement of human beings in writing Scripture at all, let alone to talk about a specific person writing most of the New Testament. Why is it important that readers understand the person behind the words of the Bible?

WRIGHT: For me, the paradigm, of course, is Jesus Himself who, as the Church has always said, is fully divine and fully human.

Certainly with Paul, we can see, you take a letter like Corinthians, where he wears his heart on his sleeve. His heart has been wounded and bruised, and he tells them that. Paul himself is actually saying, “Here’s how it is with me, and I’m telling you straight from the shoulder, this is what’s been going on and it’s been tough.”

I think if we just glance over that, we are doing a great disservice to the divine element in Scripture as well as the human element.

RELEVANT: Many people who are used to thinking of Paul, the person, don’t like him. Why do you think that is?

WRIGHT: I’ve known plenty of people who thought that Paul was either dislikable or was actually wicked or whatever. Again and again, they just haven’t understood him. They haven’t got inside his skin.

What’s happened again and again is that Paul is being used by some dogmatic teachers in the church to say, “Here is what Paul said, and we’re going to beat you up with it, and you’ve just got to shape up and [get in] line.” People [who experience] that kind of dogmatism have said, “Oh dear, what a terrible man he sounds.”

(But) in fact, when you get to know him, I mean, you have to face the fact that Paul is the one who writes that amazing poem about love to the Corinthians. You can be quite sure that somebody who writes a poem like that is not likely to face the Corinthians coming back [at him] and saying, “Well, that’s all very well Paul, we wish you were like that and what a pity you aren’t.” Or whatever.

Then, in Acts when Paul is giving his farewell speech to the elders from Ephesus it says that, when he told them that he would never see them again, they were all in tears. This is a man who inspired enormous affection and love and admiration.

RELEVANT: There is a major movie about Paul that’s coming out this year (Paul, Apostle of Christ). Do you have any pet peeves when it comes to film adaptations of Biblical literature?

WRIGHT: I mean, as an ancient historian, I don’t like watching movies about the ancient world in general. Because I’m constantly struck by the things that they get wrong. [If one is not careful, one may] commit all sorts of anachronisms that you try to make Paul into an early version of a modern Christian, if you see what I mean.

RELEVANT: What would you hope a movie about Paul would capture?

WRIGHT: In my world, when somebody in the movie industry or in television hears the word St. Paul, they think religion. In your world and mine, religion is something that’s quite different from politics, economics, society, etc. It’s something that some people do on the side, and they think that it’ll do them good and get them to heaven or whatever.

Religion in the first century is not like that at all. Paul belonged in the middle of the rough and tumble of everyday life. He was starting new communities that were living in a different way, giving allegiance to a different Lord, other than Caesar, living by a different economic system.

But this is what’s so difficult for people today to get their heads around, that this is somebody who is actually as much of a philosopher or a kind of a local political activist as he is a religious teacher or in our sense an evangelist. Because the whole thing works differently from how we in the modern West have imagined it. That’s the really hard thing for us to figure out. I look forward one day to somebody getting that straight.