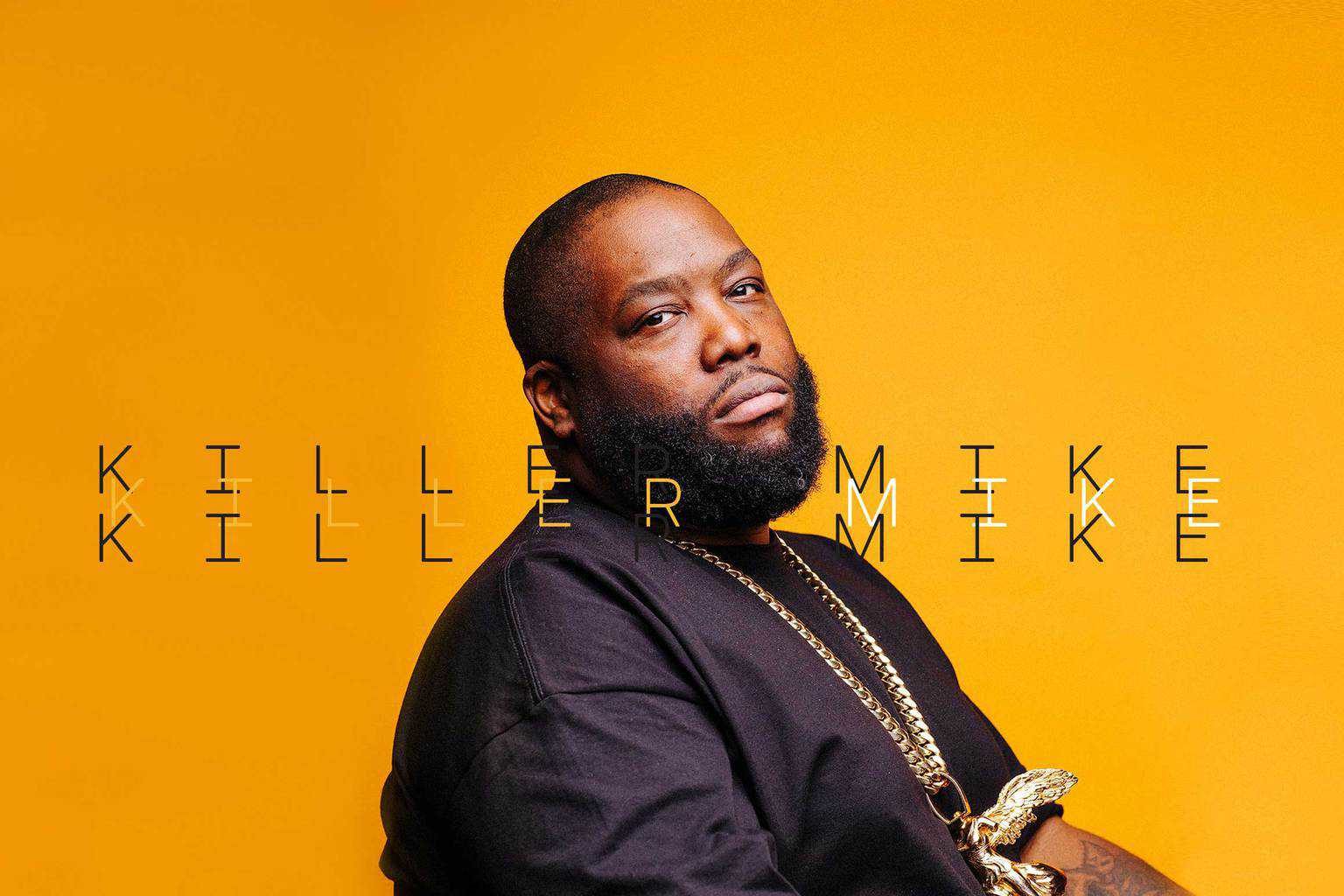 How many life acts can one guy get? At this point, you could be forgiven for thinking Killer Mike had reached his personal and creative zenith at something like three previous points in his life. First there was his illustrious solo rap career in the early ’00s, where he collaborated with the likes of OutKast and Jay-Z. Then in 2013, his career went to a whole new stratosphere with El-P, who he met on a Cartoon Network gig.

The pair formed Run the Jewels and have become maybe the most essential rap group of the decade so far, with three eponymous albums of striking creativity and vitality.

But even that doesn’t represent the full measure of Killer Mike (real name: Michael Render), whose new Netflix show, Trigger Warning, takes his wit and intellect across the country in search of difficult conversations about complicated topics.

“These things have just been random conversations in everything from barbershops to bars that I’ve wanted to see on television but in a different way,” Killer Mike says. “Trigger Warning gave us the opportunity.”

The show follows Mike as he tackles issues like gang culture, imperialism, consumerism and racism, but he comes at them from surprising angles. Maybe his most provocative thoughts are about a topic near and dear to his heart: Christianity.

“My frustration is simple,” Killer Mike says. “It’s with White Jesus. It’s personal for me.”

Killer Mike was raised in what he calls “a very Christian household” and has been exposed to the teachings of the Church all his life. He says he’s grateful for what he learned, but he’s also been doing a lot of reflecting on some of the American Church’s issues, which he sums up in one phrase: White Jesus.

“White Jesus is not good for the African-American community,” he says. He calls it “the greatest hindrance that black people have.”

“As an African-American, there’s pain and trauma attached to Him because the same people that are responsible for me being here worship the same God,” he explains.

When slave traders shipped Africans to the United States in chains, they forced many of them to convert to Christianity—a practice which was carried on for years and passed down over generations. Those roots, he says, have a lasting and negative effect on black Americans’ relationship with Christianity. He calls it “schizophrenia”—a feeling that you’re morally and spiritually bound to a God that was first introduced as an oppressive force.

“As an American, Christianity is very white, Anglo-Saxon, Protestant-based, so it’s very difficult to live anything except what their strict Protestant Church allows you, and that’s for anybody of color or not,” he says. “There’s no room for women in leadership. There’s no room for people, like sex workers, who are morally reprehensible to the Church.”

This bothers Killer Mike. It bothers him that so many churches see themselves as gatekeepers, sorting sheep and goats on their own time to save Jesus some time down the road. “You want to connect with God, but you’re told you have to do it [their way],” he says. “And if for some reason you get out of line, you’re expelled.”

He argues that God never intended to be identified with institutions. “The biggest problem with religion in this country, as any country, is when you start to see God in a building you’re visiting or a book you’re holding versus the grass and the trees,” he says. “These are things that were here long before we were here and are gonna be here long after we’re gone.”

Killer Mike was born and raised in Atlanta, and he gained a reputation as a rapper early on, once beating his opponents in a rap battle so soundly that his friends christened him “Killer Mike.” While attending Morehouse College, he met the Beat Bullies—the production duo who elevated artists like T.I. and Ludacris to fame— and Antwan Patton, better known as Big Boi.

Killer Mike laid down a few guest verses on OutKast’s 2000 masterpiece, Stankonia, which put him on the map for more and bigger things in the future, like guesting on Jay-Z’s “Poppin’ Tags” in 2002.

A handful of solo albums performed respectably, but it was with Brooklyn native Jaime Meline, better known as El-P, that Killer Mike found a rare, combustible chemistry. El-P started as Killer Mike’s producer and friend, but eventually became a tourmate and finally, collaborator as the other half of Run the Jewels—a critically acclaimed duo with releases that scream in equal parts fire, fury and fun.

Three Run the Jewels albums later, and Killer Mike figured it was finally time to turn his attention to a TV show.

On the new Netflix series, Killer Mike and a few friends travel the country conducting social experiments, hosting challenging conversations and finding small ways to put big ideas into practice. Some of his bold proposals involve racial justice, some involve economics (Killer Mike was a vocal supporter of Bernie Sanders in the 2016 presidential election) and some, of course, air his grievances against organized religion.

That led to “White Jesus,” the episode about religion. In it, Killer Mike sits down with Creflo Dollar, pastor of World Changers Church International, a megachurch in the Atlanta suburbs. Dollar has gotten in hot water in the past for espousing a prosperity gospel theology.

My frustration is simple: It’s with White Jesus. It’s personal for me.

“I want to see a black savior,” Killer Mike implores a visibly uncomfortable Dollar. “I don’t see the guy that looks like me.”

“They did that, man,” Dollar says in hushed whisper. “That’s a Michelangelo painting, man.”

The two then joke about storming Joel Osteen’s church doors to lead the black people out of the pews, leaving the white parishioners behind with their White Jesus. It’s probably worth noting at this point that all this is less than four minutes into the episode.

It’s quite a moment, and it’s probably the only place on any channel or streaming service you can go to find anything approaching an honest conversation about Jesus’ racial identity and how thoroughly it has been appropriated by whiteness in America.

Killer Mike says he still goes to church with family members, albeit rarely. “I understand why they go,” he says. “They go to fellowship with people from the community that they know and they care about.”

This is the thing about Killer Mike—he’s the ultimate “tough but fair” critic. For all his tough jabs at the American Church, he readily acknowledges that it’s done a lot of good too.

He understands that church community is something that matters to people, and is often a positive influence on people’s lives. Moreover, he says he doesn’t think people have to leave their church to have a real reckoning with some of the damage it can do.

Specifically, Killer Mike says people in religious traditions that foster a sense of prejudice against others can reject those forms of bigotry while still enjoying the community that church offers. He says there’s value in people staying in the institution and fighting.

“We have a Protestant church because Martin Luther chose protest,” he says. “Just because you let go of the ideology that causes you to be bigger than your prejudice toward something or someone, that doesn’t mean you have to let go of community.”