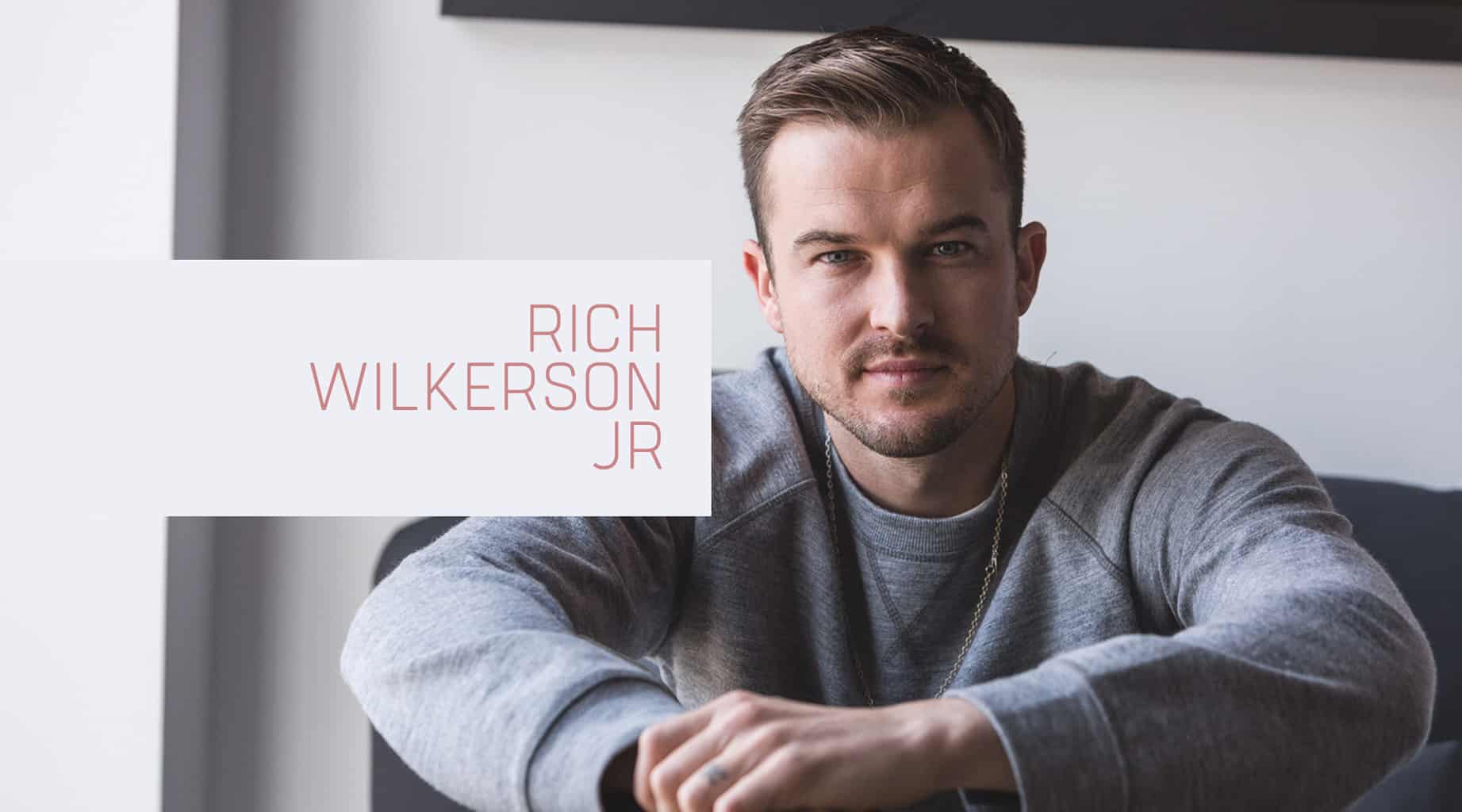 PASTOR RICH WILKERSON JR., FOUNDER OF MIAMI’S VOUS CHURCH, leads an interesting life. He’s a staple at church conferences, hosts a TBN talk show and comes from a line of ministers (his cousin is the late author and evangelist David Wilkerson), but he also starred in an Oxygen network reality show (Rich in Faith), counts celebrities like Justin Bieber and designer Jerry Lorenzo as close friends and officiated the wedding of one of the most famous couples on the planet—Kanye West and Kim Kardashian. In other words, he’s a guy who knows what it’s like to walk in two different worlds.

But Wilkerson doesn’t see his life as a dichotomy; he sees it as an attempt to follow Jesus. In his new book, Friend of Sinners, Wilkerson looks at why Jesus was so comfortable hanging out with “non- religious” people and what we can learn from His life. We recently spoke with him about the book, what many Christians get wrong about “reaching the lost” and what it really means to be friends with sinners.

WHERE DID THE IDEA FOR FRIEND OF SINNERS COME FROM?

I wrote a book a few years ago titled Sandcastle Kings, and I started traveling and talking about that book. I started getting into interviews [and] a lot of the questions would come back to some of my friends and how we do life. And they would question … what they thought was the appearance of evil and guilt by association. And in all of that, this sound bite kind of kept erupting out of me which was just—it’s not an original sound bite—but people aren’t projects, people are people. I’m not gonna treat them like projects.

A LOT OF LEADERS WILL SAY, “YOU’VE GOT TO BE CAREFUL WHO YOU HANG OUT WITH, BECAUSE THEY’LL INFLUENCE YOU MORE THAN YOU’LL INFLUENCE THEM.”

You have to be careful who you spend the majority of your time with. Show me your friends, and I’ll show you your future. I believe all of those things.

I think when it comes to the idea of the balance, we’ve got to look at the life of Jesus once again. Jesus spent the majority of His time with 12 dudes who were like-minded, who were sharpening one another and going into areas not afraid to bring light into the night.

Bad company corrupts good character. We need to be aware of those things for sure. We need to determine, are you being influenced or are you influencing?

It’s about seeing people for who they are and seeing them as God’s creation and loving them where they are, and not feeling the pressure that it’s up to you to change people—but really allowing that to be God’s role.

THAT’S AN INTERESTING IDEA, THAT IT’S NOT UP TO US TO CHANGE THEM. THAT’S ULTIMATELY GOD’S JOB.

In my journey, so many times, it’s like you’re with those people, but they haven’t changed yet. Well, what you’ll discover in the Gospel is that Jesus was with people who didn’t change yet.

You’ll also find Jesus in the Gospels, times that we don’t have any evidence that He actually preached the Gospel, we just see Him hanging out with people.

Look at the story of Matthew’s tax collector, also known as Levi, when he gets completely, radically changed by Jesus. The next scene is Jesus and a bunch of tax collectors at a party hanging out together, and then the Pharisees show up and are like, “Yo, what’s this guy doing with all of these sinners?” And Jesus’ answer is so funny to me. He’s like, “I didn’t come for the healthy. I came for the sick.” And I can kind of see the Pharisees going, “Oh, OK, good. We like that mission …” but completely missing the mission.

What He was saying is, all of you are sinners, and until you’ve met me and encountered me, you’re all lost. You’re all sick. So I came for you, but you have to realize you’re the one who needed to be saved.

IT’S LIKE THAT BILLY GRAHAM QUOTE: “IT’S THE HOLY SPIRIT’S JOB TO CONVICT, GOD’S JOB TO JUDGE AND MY JOB TO LOVE.” AND IT CAN BE EASY TO FORGET THE HOLY SPIRIT HAS A JOB HERE.

I think we all do it. I have a Pharisee in me, we all do. We can act like we understand grace and the Gospel so much, but then we see ourselves putting our score cards out.

WHAT’S YOUR APPROACH TO ENGAGING THE CULTURE AT-LARGE FROM A CHURCH PERSPECTIVE?

This is kind of the way we built our church. The day we started our church we were like, “We’re gonna do monthly service projects and, most of all, put a seed in the ground; we want to do daily and weekly service things.”

We just call them “I Love My City,” but the whole premise and the whole tag line was, “We’re not called to change the city; we’re called to serve the city.” Then, we always say, if we serve the city, God will change it.

I can’t tell you how many people have started going to our church because on Saturdays once a month, hundreds of people show up to … clean up the streets, paint public schools, go to children’s homes, go to elderly homes and play music. People who do not know Jesus and have no church background have come to those Saturday meetings and are now ultimately in church, saved. I just believe in that stuff.

I’ve had people attack me for believing that. People will attack me and say, “We were meant to bring change!” And I know what they mean, and obviously, I think we are to be change agents, but the tactic of how we get there … I’m not here to say, “We’re here to change Miami!” Like no, we’re here to serve Miami. We’re here to love Miami. We actually think we change it by loving it and by serving it.

THERE’S A REASON WHY PROSTITUTES AND TAX COLLECTORS WANTED TO BE AROUND HIM AND NOT THE STAGY THEOLOGIANS OF HIS DAY.

That’s the kind of church we want to build, and I think we are building it.

Jesus had Judas with Him for three years. Judas shows up in the garden, betrays Him, kisses Him on the cheek. But before he gets there, Jesus says to him, “Do what you came to do, friend.”

If there’s a picture for the worst sinner in the Bible or in the world, you kind of think Judas Iscariot. Yet the last word Judas ever heard Jesus say is friend. That to me is who Jesus is.