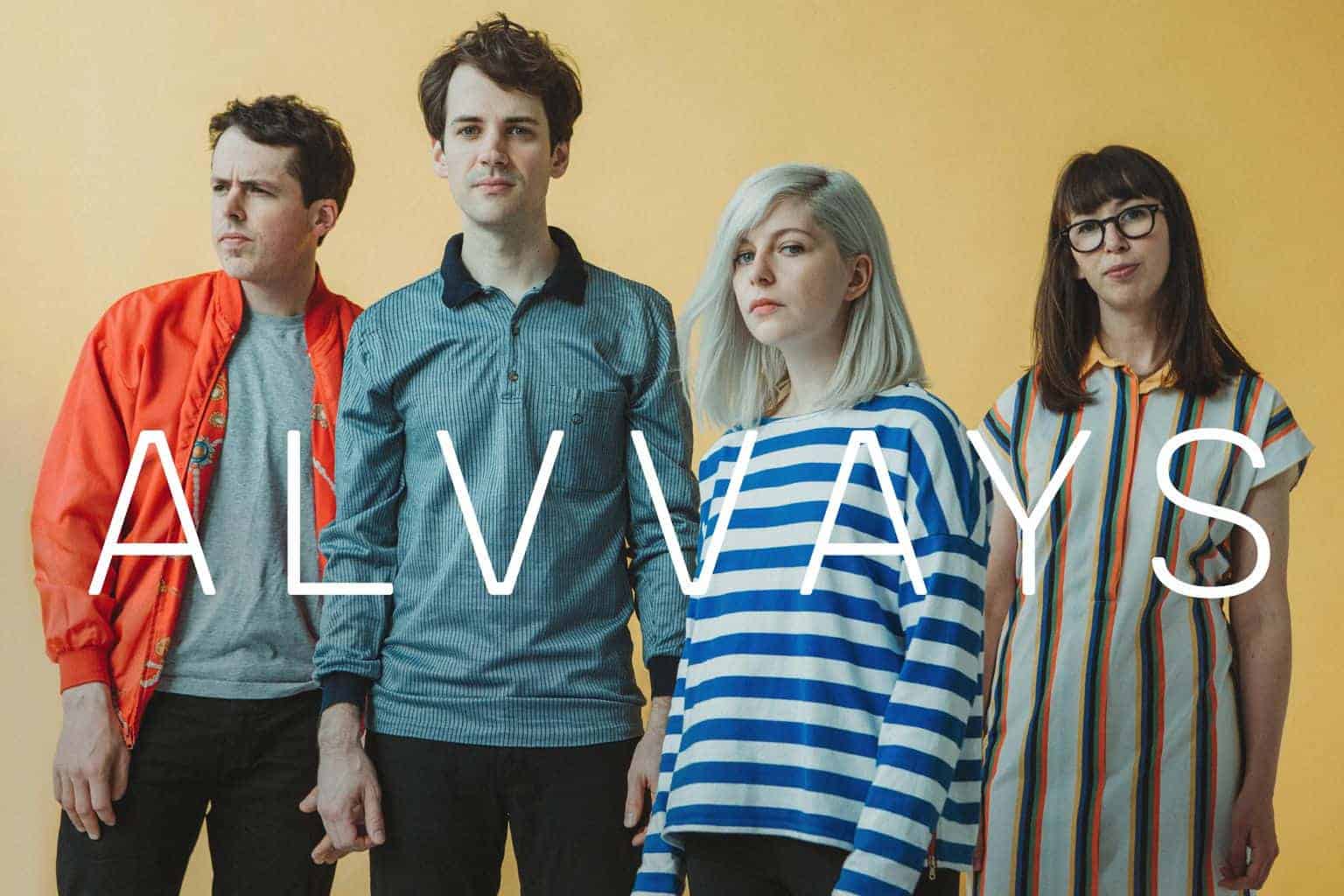 When Molly Rankin entered the studio to record her album, she had no intention of making a record with a band that would become Alvvays. “We went into the studio at Calgary thinking this was going to be a solo record for me,” she explains.

She brought along a couple of friends and fellow musicians, Alec O’Hanley and Brian Murphy, to provide some backing support. When they started working on the actual music though, the producer noticed something: Whether the musicians realized it or not, they weren’t making a solo project for Rankin. Their chemistry was bigger than that. They were forging new creative ground together and were on the verge of doing something totally new—as a band.

“[He] was the one who realized we were more of a band than we thought,” she says.

Three years and countless shows around the world later, it turns out, the producer was right. The change in plans—from recording a solo album, to forming a band and creating together as Alvvays—paid off. Just weeks after its release, Alvvay’s self- titled debut went to No. 1 on the U.S. college charts.

Now, the band is back with Antisocialites, a record that marks a serious evolution
for Alvvays—particularly the songwriting, which interplays deep, personal lyrics with big indie-rock guitars.

The vulnerability of the lyrics may be an unexpected direction for some fans, but for Rankin, evolving with life’s unexpected plans is a big part of why she is who she is.

When Rankin was just 12 years old, her father was driving her brother and a couple of friends home from a hockey game near their home in Eastern Canada, when he lost control of the vehicle. They plunged off of a large cliff into waters below. After breaking the windows, the passengers were able to swim to safety, but her father, an acclaimed musician himself, did not make it.

In the years after her father’s death, Rankin committed herself more to music, becoming an accomplished fiddler—just like her father—as a way of paying tribute to him and keeping his memory alive.

By 20, she’d become a talented musician and began to collaborate with friends (a few of whom are now her bandmates) who bonded over their love of indie-rock. Soon after gaining buzz on the Toronto music scene, they inked a record deal and began work on their 2015 debut.

Expectations were high for the follow-up, but Rankin says they didn’t mind taking creative risks. “We went out on a few different limbs with the record,” she says.

They’re experimenting with new sounds and approaches to instrumentation, but her lyrics are also notably more vulnerable and personal than Alvvays fans might expect.

In the song “Already Gone,” Rankin opens up about the death of her father in the tragic accident.

“I arrived at the scene, you were perfectly surrounded by pylons / When the crowd separated, the officer said you were already gone / Appetite minuscule / Middle of the night / Drain the pool / The summer’s over.”

It’s arguably the most personal song Alvvays has ever recorded, but it’s far from an outlier on the album.

The record’s big single “In Undertow” and the standout “Not My Baby” are about the difficulties of going through a break-up, and the closing track “Forget About Life” finds Rankin taking on the stresses of life.

The creative shift is partly thanks to how close she and her bandmates have gotten since they first formed. After touring together for years, they are very open during the creative process, constantly pushing each other forward.

“Alec and I have always needed time in between working on songs and recording, just time to sit with something so you can be as objective as possible,” she says. “Be willing to throw out an idea that you’re fond of, as painful as that can be, it’s pretty necessary for us to be able to point out our flaws in writing—and sonically as well.”

The result is an album that’s difficult to define, but that’s exactly the kind of album Rankin wanted.

“Sometimes labels can be reductive and lazy, and people can be caught up in that,” she explains. “But I think you’ll ultimately prevail if you keep chipping away at your goal, which is to be prolific and focus on your output instead of what people want to slap on you as a two-word easy sentence.”

Yes, Alvvays is influenced by other bands. (Rankin includes artists like The Hives, The Strokes, The Replacements and The Smiths as bands they are fans of.) But they’ve always developed a unique sound that is all their own, without worrying about comparisons or labels. With their bright guitars, poetic lyrics and catchy indie-pop hooks, they’re comfortable just letting the songs come naturally—adapting to new plans and ideas as old ones change—instead of trying to stand out for the sake of being different.

“I don’t know if I can define what makes us stand out from other bands,” Rankin says. “I don’t really like to over-confidently tout things like that. Lyrics have always been
a huge part of what Alec and I have done. That’s something we’re drawn to in other bands as well, smart lines and witty poetry.”

With its mix of song types, sounds and lyrical content, Antisocialites sounds like a record from a band that is comfortable with not sticking to a formula, but for Alvvays, that’s exactly what they’d prefer.

is an artist and writer who lives in Brooklyn.

Sitting Down With Brian Houston