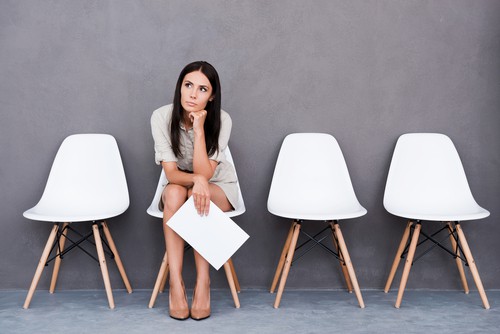 Once you graduate from college, you’re eager to dive headfirst into the job market, utilizing that degree you just worked so hard (and probably went into some serious debt) for.

And even though most college graduates are eager to find work in their field of study, they are often left with mountains of student loans to pay off. Many recent grads are subjected to customer service jobs, or jobs that don’t demand a degree. Everyone has to start somewhere.

But that initial job can impact the rest of your career substantially. And a lot of times, it’s easy to get comfortable.

According to CBNC, recent graduates who end up in jobs that didn’t require a degree are five times as likely to still be in such a position five years later. It can be extremely difficult to break this cycle because employers tend to hire applicants based on their experience history.

Up to 10 years later, three-quarters of graduates who took jobs that didn’t demand a degree will be in the same spot. These grads earn up to $10,000 less per year than their counterparts who were able to put their degrees to use early.

“Early employment choices are a dress rehearsal for the rest of life,” said a report from the Strada Institute for the Future of Work and Burning Glass Technologies, a career market analytics company. “Young adults underemployed after graduation can’t consider it just a phase. A few months can easily turn into a few years, and eventually an entire career.”

The study found that up to 40 percent of college graduates are underemployed, meaning they take positions that don’t require a degree once they graduate, and 1 in 5 grads still aren’t working a degree-demanding job a decade after leaving school.

According to Matt Siegelman, CEO of Burning Glass Technologies, these figures are threatening to undermine the main purpose of college: to help people get ahead in life.

Employers raising their expectations is also becoming a problem for recent graduates. Even entry-level positions have high demand.

“Employers are surprisingly specific of the work-ready skills you’re supposed to bring in,” Siegelman told CNBC. “That makes it challenging for students who haven’t designed their path through college to include picking up those kind of skills.”

Many college students don’t start preparing for work soon enough. Up to 40 percent of undergraduate students never visit their college’s career services department. Students should take advantage of the career services that their university offers. Siegelman says people need to think heavily about their first job well before they graduate college.

Don’t assume that while you wait tables, your career will take off, Siegelman suggests. “Once you’re underemployed, it’s increasingly difficult to escape.”

9 Quotes That Will Help Change Your Thinking About Your Calling

Study: Millennials Have No Idea What They’re Doing in the Kitchen

Jennie Allen on How to Stop the Spiral of Toxic Thoughts