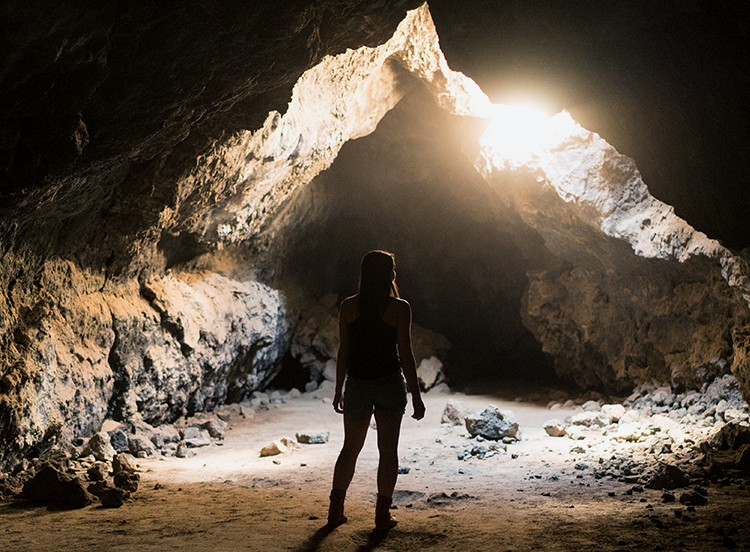 The Rock Says That He Might Run for President

We will do almost anything to avoid suffering.

Including abdicating responsibility, ignoring reality, blaming others or outsourcing the suffering to someone else. Emotions tend to drive our decisions, whether or not we acknowledge them. Fear, anger and shame are some of the most common emotional reactions we experience.

Fear convinces us to categorize the world as “us versus them” and “good versus evil.”

Anger says something is wrong and it must be changed—now. And of course, it’s the other person who’s wrong, not me.

Shame convinces us to diminish the real concerns of others and ostracize them for thinking or acting differently.

None of those sound like a wholehearted, mindfully engaged way to live.

“Terror and fear make you irresponsible. They make you not think very clearly, right? And they make you willing to do almost anything to get rid of that awful feeling. And we’ve seen people do that on the individual level, and we’ve seen cultures do that. And we’ve seen politicians who find ways to exploit terror and fear in order to get short-term power or sometimes long-term power. Because if you can figure out how to hold the reins of other people’s fear, then you can control them for a while.

And so one of the very most powerful ways to not end up being controlled by that is to remain more curious than you are afraid. I think any time in the community that there’s anybody who’s keeping their head, I think it’s a benefit to everyone around them. I think everything is contagious. Our fear is contagious, but our courage also is. And our courage makes other people be able to be more brave, and come out of their houses, and come out of their shells, and out of their fear.”

(Elizabeth Gilbert via interview with On Being podcast)

Fear, anger and shame are easy reactions. It’s easy for others to respond likewise. Emotions arise because that’s how our bodies work. (Heck, I even get emotional from traveling.) It’s not inherently wrong to be afraid, to wonder if there’s something wrong with you or to get angry.

What matters is what we do with those signals from our bodies. How will we respond? Do those emotions have the final word, or do we channel them into something more constructive? Do we measure them up against the reality of the situation? Do we let others speak to the credibility of those emotions, or maybe how we’re partly responsible sometimes?

Reframing Emotions, Not Ignoring Them

Like we avoid suffering, we sometimes avoid our real emotions because of what they’re saying to us: Something drastically needs attention. Instead of ignoring those emotions, blaming others, repressing our feelings, whitewashing our painful memories and the emotional baggage that comes with them, we can address things in a new way.

In my new book, I share stories about how emotions from my past threatened to limit my relationships, faith, work and daily choices:

We keep chasing those same feelings even if they’re remnants of the past. Those tastes of glory keep us going back to the same sources of affirmation, or the memories of pain keep us locked up and guarded against people who remind us of someone who hurt us earlier in life. When we operate out of those emotions, we lose touch with our present ones. We trade the past we cannot change for the present we can, but we end up losing out on both if we don’t snap back to reality. Author Ben Arment summed it up like this: ‘You can view the bad things in your life as either tragedy or trajectory.’ (Read more)

We can keep returning to those emotions and memories, but reframe them to help us make progress. They don’t control or define us, but they were simply part of our life at that time. We’re on a new path now, moving forward, making better decisions, rolling with the punches, learning to grow in a life full of variables.

What does it look like for us to be brave and curious when we’d normally resort to fear, anger or shame?

It’s a tall order, but I’m going to try to remain curious and open-minded instead of defensive and reactive. Will you join me?

This article was adapted from johnweirick.com. Used with permission.

is a writer in Greenville, South Carolina, and is the author of The Variable Life: Finding Clarity and Confidence in a World of Choices, from which this article is adapted. Visit thevariablelife.com to find more.

The Problem With Shaming Millennials for Living With Their Parents