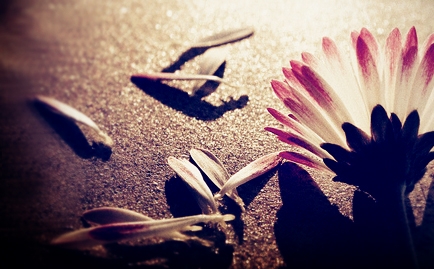 Now THIS Is the Dark Side

Recently I was riding the in the car with my dad discussing, of all things, death. My dad is a physician, and we were discussing the monumental costs and challenges that come with end-of-life care. I shared with him some conversations I had observed in classes at my seminary where both students and professors were suggesting that, as Christians, perhaps we need to rethink our approach to end-of-life care.

They suggested that Christians should be the ones most willing to forgo expensive medical treatment that will only extend life for a few more days or weeks so that medical resources can instead be devoted to those who have a chance to most benefit from their use. In other words, while Christians should certainly seek healing medical treatments when they are available, they should be most willing to accept death when it comes.

My dad, an agnostic, proceeded to tell me about a family friend who, as part of his job as a physician, is often responsible for determining when medical care is “futile” and should be stopped, with patients then transferred to hospice care or unplugged from machines. Often making such decisions requires consulting with family members and sharing their loved one’s fate with them. An unenviable job if there ever was one.

My dad told me that for this physician, who is a Roman Catholic, one people group is consistently the most difficult to deal with when these sorts of medical decisions need to be made.

In his experience, Christians are the ones who often refuse to accept the inevitability of death, and thus make his job more difficult than it already is. Even when a loved one had entered an entirely vegetative state, Christians would often refuse to allow that loved one to die. They often insist that they be allowed to pray for a miracle seemingly indefinitely.

I know I could die tomorrow and I could die 80 years from now. More than likely I will die somewhere in between. All of my loved ones face the same fate. I know even if I were to be stricken with a deadly disease and then healed, death would still come for me eventually. No matter how many bananas I eat, that truth is inescapable.

And yet, so many of us, as theologian Stanley Hauerwas has said, are desperate to think medicine will get us out of life alive, even though medicine can’t do that. We are terrified of death.

Where is our hope?

Such terror is understandable for those who believe we turn into fertilizer when we die, but it ought not be that way for Christians who have resurrection hope.

Yes, we ought to seek to preserve life, including our own. And we ought to be diligent in seeking out appropriate and competent medical care when we are ill. Furthermore, we ought to grieve death when it comes. I am in no way suggesting the sting of death is to be ignored, nor am I seeking to minimize the grief that accompanies death. Death can be a brutally grievous event.

However, as Christians we are able to face disease and death with a different perspective. Not only are we able to cry out for healing to a God who hears us and suffers with us in the midst of our distress, but we are also able to approach death knowing it is not final because of what that same God has done. Such a perspective welcomes the best medical care that is available, but recognizes that ultimately our hope for salvation lies elsewhere. It also helps us recognize that while medical care might fail us, God will not.

In many ways, our experience of disease and death can remind us of the incompleteness of this world. In Surprised by Hope, N.T. Wright says that this incompleteness is “meant to point us to the fact that we will one day wake up and arise from sleep. That, after all, is what resurrection is all about.” Thus, as Christians we can encounter death as something that reminds us of our hope that stems from knowing death is a defeated enemy.

We grieve death, but we grieve differently because we have that hope. We have a promise that life does not end at death, thus we grieve with the comfort that grief is temporary. This hope and comfort empowers us to approach death differently. It empowers us to view life as the precious gift that it is, and to be willing to relinquish that gift when the time comes while awaiting a greater gift that is to come.

To quote the apostle Paul in 1 Thessalonians 4 (ESV): “We do not want you to be uninformed, brothers and sisters, about those who are asleep, that you may not grieve as others do who have no hope. For since we believe that Jesus died and rose again, even so, through Jesus, God will bring with Him those who have fallen asleep … therefore encourage one another with these words.”

My wife’s grandfather was converted to Christ many years ago when his first wife was dying of cancer. He was converted not because God performed a healing miracle, but because his wife’s steadfast faith, resurrection hope and unceasing desire for God to be glorified in her in the midst of her disease, showed him the reality of God in the most powerful of ways. I am inclined to wonder if perhaps we should include prayers for those types of miracles in our prayers for the sick.

Brian Kiley is a writer and former college pastor who lives in Pasadena, CA. He blogs at livegenerously.wordpress.com.

Wounded by the Church