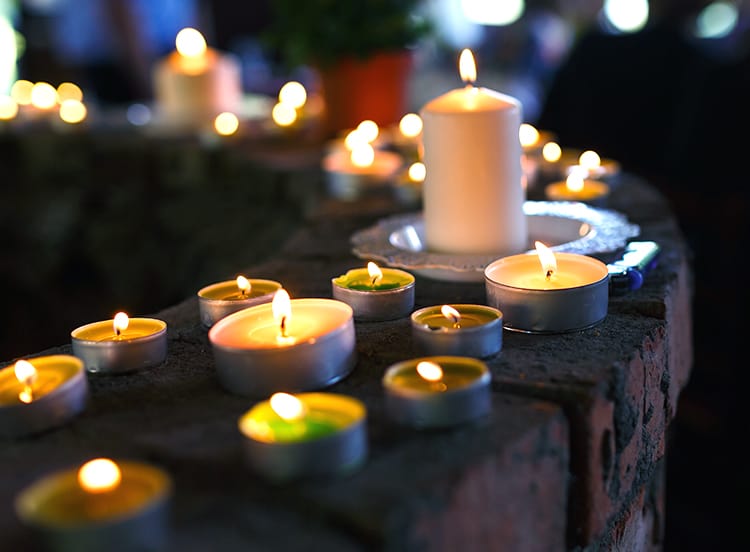 I stood behind a podium in the funeral home staring at a crowd of a couple hundred people. With sweat beading on my forehead, a lump in my throat and a knot in my stomach, I repeated the only thing I believed could help in this dreadful moment—hope from the Scriptures. Between the crowd and me was a casket that was exactly three feet in length with a child who was way too young inside of it. A funeral for a short-lived life is never easy to officiate.

No matter the age, death is an inescapable reality for all of us. Ironically, many of us fear the death of family and friends more than we fear our own death. It’s this kind of death that produces the type of extreme pain that stirs our emotions into grasping at any hope we can muster that our hearts may rest briefly from the effects of brokenness over unbearable loss. In the midst of this grasping and searching for the right words to help others—or to soothe our own souls—we tend to believe and say things that are not necessarily biblically true.

Too many times to count, in seasons such as these I’ve heard people say or post on social media, “God gained another angel today.” This makes me cringe, but I also strongly believe that it’s not helpful to dive into theological debates while someone is in the midst of extreme hurt. Often, the best thing we can do in these times of loss is to hurt with them, hold them and just listen. However, in moments when cooler heads and hearts can prevail, we will be significantly more encouraged and empowered by biblical truth than we will ever be by pithy statements. Especially ones that aren’t even true.

Here is the plain and simple truth. Humans are humans, and angels are angels. This remains so even in eternity. In fact, angels are intrigued by the interaction between God and His “image-bearing” humans: “It was revealed to them that they were serving not themselves but you, in the things that have now been announced to you through those who preached the good news to you by the Holy Spirit sent from heaven, things into which angels long to look (1 Peter 1:12).”

It’s actually better for you to be human than it is for you to be an angel. Most Bible scholars believe that the Scriptural accounts of Ezekiel 28:12 – 18, Isaiah 14:12 – 14, and Revelation 12:4 describe the fall of Lucifer (a former angel) and one-third of the angels (now considered demons) that joined his revolt against holy God. What’s sobering about the accounts of these fallen angels is that their judgments were final, with no hope of redemption, forgiveness or grace. I believe this what the 1 Peter passage is discussing, when he says, “things which angels long to look.” They are astonished by God’s unconditional love for you!

God so loved humans that He sent His Son to become a human (although, He also never stopped being God) to die as a human for humans! What great love God has for us as human beings. “But God shows his love for us in that while we were still sinners, Christ died for us (Romans 5:8).” Christ died for people, not angels.Through His resurrection, Jesus conquered the sin and death for people, not angels. Through faith in the Son of God, we get to experience grace, hope and complete forgiveness of our rebellion against Him—angels never get to experience this.