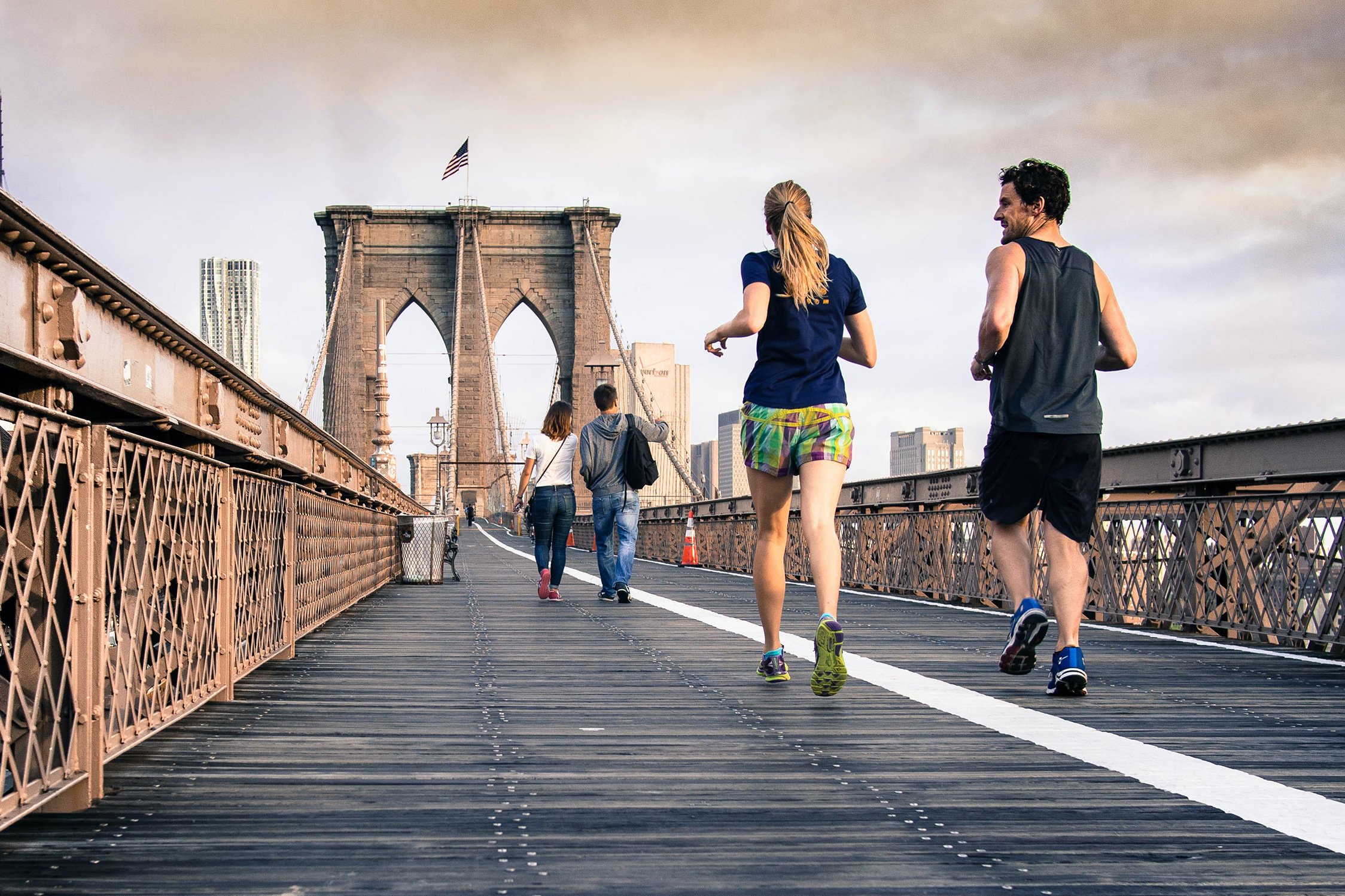 The man talking is Kelsey. He’s a good friend, a firefighter and, at the moment, a personal trainer at my new gym. He’s also, apparently, a Bible study leader.

I haven’t been a member at the gym for an hour yet. I’m standing with about two dozen other members, all of us just finished with a morning workout. We’re heaving. Our hands rest on our shaky knees. Our excess clothing has been cast into sweaty piles around the gym. And our trainer is asking us to partake in a Bible study. I wouldn’t have been more surprised if he’d asked us to do a jig.

I’m skeptical, and I try to figure out why. I’m a Christian, after all. I go to Bible studies. I just don’t usually mix them with exercise.

“Nobody has to come,” Kelsey continues. “But we make it available for everyone. Our faith is an important part of why we do this.”

Loving God With All Your Strength

In Luke 6, a teacher asks Jesus what must be done to inherit eternal life. Jesus responds with a question: “What is written in the Law?” The teacher quotes from Deuteronomy: “Love the Lord your God with all your heart and with all your soul and with all your strength and with all your mind.” Jesus affirms his answer. It’s all a lead-in to the parable of the Prodigal Son, but it’s pretty interesting on its own.

We focus on loving God with all our heart and soul, and that’s probably for the best. “Heart” and “soul” can be loosely translated as “desire” and “life,” so they’re no small part of us. It’s not a coincidence that they’re first on the list. And loving God with all our mind may not make it into as many of our worship choruses, but most of us recognize the importance of learning more about Him.

But for many of us, loving God with all our strength isn’t really part of our faith at all.

It’s not a new problem. Ancient Gnostic Christians were a large and influential branch of the early Church who believed that the physical world was a lower, less perfect creation than the high, pure spiritual world. They saw the physical body as inherently bad and, more importantly, inherently separate from the spiritual world. In fact, many Gnostic Christians could not reconcile the idea of Jesus being fully God and fully man because they believed the supreme spiritual Being could not take on a physical identity without defiling His holiness.

That theology was pretty much debunked by the end of the first century, but its practical implications have been part of the Church ever since. The puritanical skittishness about sex. The monastic self-flagellation. Evangelical bans on dancing. Historically, the Church has largely seen the body and its senses as an obstacle to worship or else ignored the body altogether.

It’s not an attitude found in the Bible.

Give Your Bodies to God

On the contrary, the biblical authors revel in the body. The connection between it and worship can be found on virtually any page. David, in particular, has a penchant for expressing how he’s feeling about God with physical, sensual language. In Psalm 63 he says:

“Because your love is better than life, my lips will glorify you. I will praise you as long as I live, and in your name I will lift up my hands. I will be fully satisfied as with the richest of foods; with singing lips my mouth will praise you.”

The usually cerebral Apostle Paul tells the Romans to, “give your bodies to God because of all he has done for you. Let them be a living and holy sacrifice—the kind he will find acceptable. This is truly the way to worship him.” There’s a spiritual tie between true worship and bodily dedication.

And, of course, there’s Jesus himself, “the Word became Flesh.” It’s become such a familiar line to us that its weirdness is a little lost. Humanity had a deeply spiritually problem that God met in a deeply physical fashion.

I am not saying that there is no difference between the physical world and the spiritual world. There clearly is. I am only suggesting that the connections between the two might be more plentiful than we think. And when we ignore those connections, an important part of our spiritual life atrophies. That’s not to say you can’t be a good Christian without physical exercise. It’s to say that our bodies were created by God, and there’s something spiritual about using them.

“We Are His Masterpiece”

The word “strength” in the Hebrew from which Jesus quoted is probably best understood as “ability.” It’s a gritty, functionary word, meant to refer to things we do. Hearing it, the Hebrews would have thought of the physical actions that made up their lives—farming, traveling, war—which is why so much of the Old Testament asks God to bless the harvest, set one’s feet on the right path, and grant victory in battle. The early Hebrews lived hard, physical lives. Loving God with their strength was second nature.

In the twenty-first century, it’s a bit more of a stretch.

Modern work, play, relationships and even sex are increasingly electronic affairs—divorced from the body. Modern strength is judged by web savvy, Facebook friend counts or Twitter followers. Our “ability” and our “body” have become increasingly separated. And the concept of loving God with all our might becomes increasingly strange.

There is probably a way to worship God through web browsing, but the less our body is tied to our daily life, the less we’re able to use it as a way to worship God with our lives. We can’t ignore the body’s importance in Scripture. We shouldn’t ignore its importance to our spiritual life. Because our bodies—knuckles and noses, hipbones and heels—were knit together. Fearfully and wonderfully made. “We are his masterpiece. He has created us anew in Christ Jesus, so we can do the good things he planned for us long ago” (Ephesians 2:10).

One more thought. “Hypostatic union” is the fancy name for Christ’s dual nature of being fully God and fully man. It’s one of those biblical concepts meant to be more accepted than understood. But if we follow Paul’s advice and dedicate our bodies to God in worship, then we are, in some way, doing something at once fully physical and fully spiritual. We’re taking part in God’s divine dance that is not limited to just the spiritual realm or just the physical realm, but to all of us: heart, soul, mind and strength.