In March, emergency physician Dr. Chris Zalesky wrote an article for RELEVANT about his perspective on COVID-19 and the pandemic that at the time felt new and strange. Today, it feels — well, still very strange, in addition to being pretty bleak and depressing. We caught up with Zalesky in December to ask about how his last few months have been, his perspective on the tensions between how some churches have responded to pandemic guidelines and faith and how he feels about that vaccine.  this conversation has been lightly edited for length and clarity.

2020 has been trying. It’s a lot of ups and downs. I think I’ve seen more just hardship in any other time of practicing any of this. It’s just things that we weren’t ready for. Going into medicine, I expected to be with people on some of their hardest days, but we don’t expect to do it with people not being able to be next to their family members. That is one of the hardest parts.

Would you say this is a pretty common sentiment among your colleagues?

I think it is. It’s just been long and a hard grind. Now we’re seeing an uptick again and being even more careful. It’s having to wear the PPE your entire shift, which impacts things you don’t expect. It impacts being able to drink extra water on shift because I can’t even open a bottle of water because I want to keep my N95 on the whole time. It’s little things like that that we didn’t even expect to be impacted. It really affects your quality of life while you’re working or at home.

I’ve been surprised on my end to see how resistant churches have been towards the recommendations coming from medical experts. Has that surprised you? 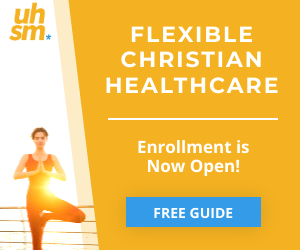 It’s been such a hard tension to live in. Because you’re living in the reality of battling a virus that people get when they’re around other people, but we’re also called in the Bible to live in a community of people. How do these two truths interact, especially for a short time? Can we do it well?

From my point of view, it’s not not gathering, but it’s doing so in a way that fits with all the guidelines. We still want to be able to practice our faith actively on a regular basis. But we’re also being called for a little bit of creativity in how to do it. Maybe it’s Zoom every once in a while. Maybe with gatherings it’s making sure we have face masks and we’re separate. It’s okay for our faith to look a little bit different than it did last year, because our reality is a little bit different than it was last year.

From your perspective, what have been some of the major misconceptions regarding this tension between faith, gathering, the church at large and your own work as a doctor?

I think the misconceptions now are that there’s still a lot of false choices. I feel like people are trying to make the tension: “Well, I either believe in the coronavirus or I go to church.”

That’s a false choice. You can believe in everything that’s coming out about COVID-19 and you can also practice your faith. I think that’s the hardest thing. Our God is a God of truth. He invented science. He invented medicine. He is the God that underpins all of it. So we have no reason to fear the science here. And it’s a way to get a bigger glimpse of how God is moving through all of this and to obey in a certain way.

It’s been interesting to see the tension between faith and fear. There’s this idea out there that people who wear masks, who don’t go out and social distance are living in fear and the other people are living in faith. How do you address that?

I’ve heard. and I’ve scrolled through comment sections, which I usually don’t recommend anyone doing. But people being like, “I’m ready to die for my faith. So I’m going to church and I’m not wearing a mask.” That surprises me because it’s an unnecessary risk. If you think God has made life holy, given your life to have a purpose, and he’s given you a way to protect it and live longer in your life so you can work out his plan for you, why would we not protect all the life possible? Both your own and others.

It is OK to have fear in our faith. It’s just what we do with it. We can have fear of the coronavirus, but we can also walk in the truth of wearing masks and gathering and knowing that we have ways to fight against it. I never want to say that I’m living without fear because that would just deny all my true human emotions. I would be lying if I’m not afraid when I go into work sometimes, but I also keep going in. I don’t think fear is a reason to not do something.

Do you have a way to talk about the vaccine that might set some fears at ease for people who are nervous about this?

It’s amazing the progress that we’ve seen in some of the data that’s come out. The high rates of success with it, showing that it prevents infection and helps a lot of people. It appears to be safe so far. I know I’ve had some of my friends and colleagues who’ve participated in some of the trials and all of them have said it feels just like any other vaccine they’ve gotten. They might have felt their arm was a little bit sore. They might have felt a tad bit under the weather, which I want people to know is an appropriate response to a vaccine.

Do you have any advice about how to keep our faith alive and how to stay hopeful in the middle of what looks like it could be a pretty tough season?

Try and hold on to the little bits of normal you can. We spend so much time behind screens, behind masks, behind doors. How do you get out in front of things every once in a while? My wife and I, we love just going on walks outside when we’re able. We have some great parks by us. And one, it’s fun just to get outside and not wear a mask when no one else is around or we can be socially distant, but it’s also fun to see people from afar and greet them. And I have felt this tension when I see people in public sometimes.

You can almost feel the fear sometimes with people like, “Hey.” You can see it in their eyes. They want to make sure you know not to get close to them. And it’s comforting sometimes to, just with your body language, show them you’re not going to invade their space, but still say hi and be friendly. Because the virus calls us to be physically separate, but we can still have a warm spirit towards other people. That actually helps me a ton. It’s also OK to not be OK and to tell people that. 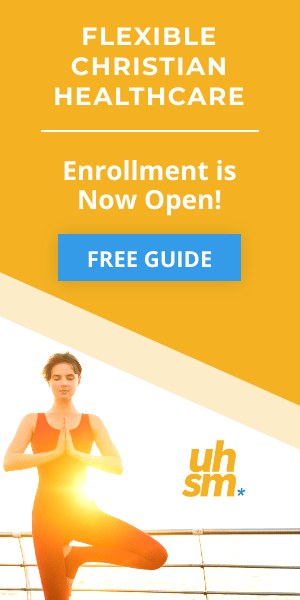 Don’t Miss A Thing
Every weekday, get RELEVANT's top five articles delivered to your inbox!
Wellness

Beyond Fat and Thin

The Difference Between Dieting and Fasting

Beyond Fat and Thin

Maybe We Don’t Know How to Rest

What I Wish I Knew About My Body in My Twenties