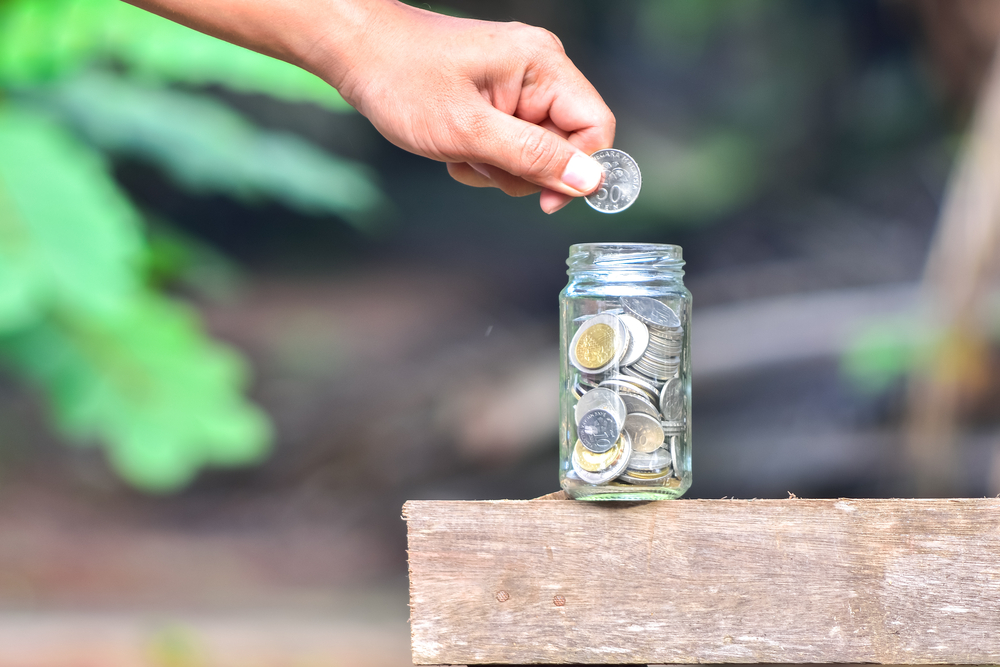 I was taught from an early age to give God 10 percent of everything. That meant if I got a dollar, I put 10 cents in the offering plate. If I got 10 dollars, one of them went to the work of the Church. And so on.

But that routine by itself doesn’t engender a mindset of giving. Even if you give 10 percent faithfully, it doesn’t mean you’ll come away with the right perspective about the other 90 percent.

It was always easy for me to give God 10 cents out of a dollar or 10 dollars out of a hundred. I also remember getting a check for a thousand dollars and having no hesitation about giving God His hundred.

But when it got much bigger than that, a little alarm would start to go off inside. If you get $10,000, are you really going to write a check for a thousand dollars? You can almost feel irresponsible about giving away that much money.

Whenever we sense that hesitation, it’s because we have started to view our money as our money. In those moments, we’re not completely in touch with the fact that everything belongs to God, comes from Him and is dispensed by Him. In a way, we’re buying into the myth that we own it and we’re giving it to God.

But God owns it all. So I’m really just “giving” Him what already belongs to Him. The idea that we ever “give” God anything is really just a myth.

We are to honor God not with a percentage, but with all we possess. It’s not 10 percent. It’s 100 percent.

This applies not just to money, but also to things like honor, strength and opportunity. Everything that’s “yours” belongs to God, comes from God and is dispensed by God.

So what would it look like for you to honor God with all of your stuff?

Does that question give you butterflies in your stomach? Are you getting images of being called to the mission field, taking a vow of poverty and living in squalor the rest of your life?

If the thought of turning everything over to God makes you a little nervous, you’re not alone. But here’s what I want you to remember: God doesn’t want to take your money; He just doesn’t want your money to take you.

First of all, He doesn’t need your permission to take your stuff. It’s already His. And second, God is a giver, not a taker. He didn’t send His Son, Jesus, to collect from everyone who owed Him. He sent Jesus to give His life for you.

Want to Find Yourself? Stop Looking Within Yourself.

Did you know that the more you hold on to what you possess, the less peace you have?

So let me ask you again: What would it look like for you to honor God with all of your stuff? Do you need to take it up a notch in the area of giving? Or perhaps honoring God would mean stepping up in the area of providing for your family. For some people, honoring God means saving more, spending less or liquidating that cabinet full of collectibles.

I don’t know where this will land for you. But if you ask God, He will show you how to honor Him with everything you have. Not just with a percentage of it, but with all of it.

This article is adapted with permission from How to Be Rich (Zondervan, 2013).

Andy Stanley is a pastor, communicator, author and the founder of North Point Ministries (NPM). Each Sunday, more than 33,000 people attend NPM’s five Atlanta-area churches. Andy’s books include Deep & Wide, Enemies of the Heart, and The Grace of God. Andy and his wife, Sandra, live in Alpharetta, Georgia, and have three grown children.

It Matters *How* You Tell the Truth

Is Consumerism Consuming Us?

Decorating Your Apartment for Christmas on a Budget