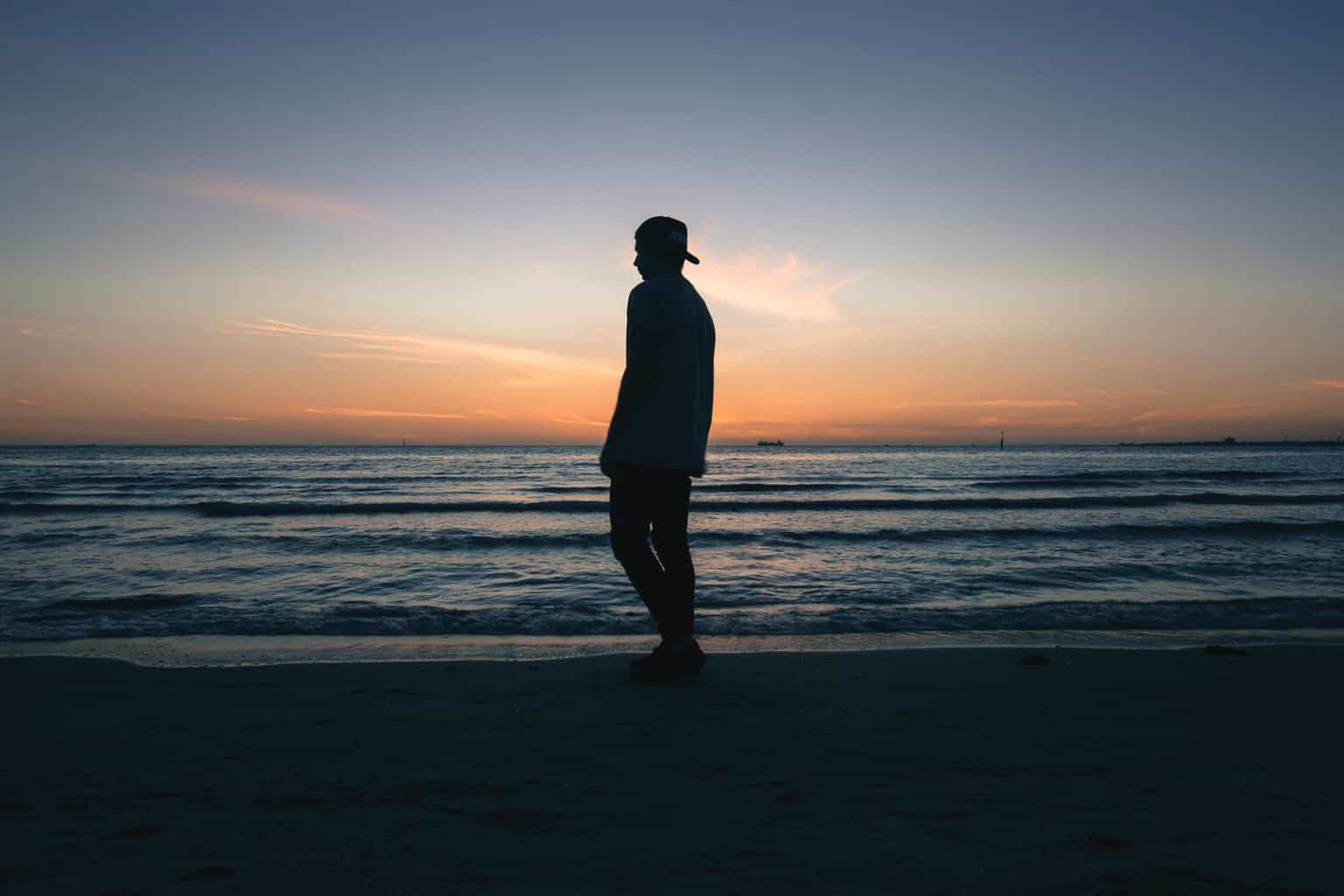 (Editor’s Note: This piece originally appeared on PrestonSprinkle.com. It has been republished with permission.)

In my last post, I reviewed part of Stan Grenz’s book on sexual ethics, focusing on the purpose and meaning of marriage and sex. I want to spend this blog looking at what I found to be one of his more fascinating sections: the sexuality of singleness.

Yes, you read that right. Sexuality and singleness in the same chapter. And his treatment did more than just trumpet the claim: “Don’t do it unless you’re married.” Grenz’s two chapters (9 and 10) on singleness talked a lot about the sexuality of singleness, even though he devotes little attention to not having sex outside of marriage.

Overall, Grenz’s treatment was fantastic. He elevates singleness way more than most Christian marriage gurus do today, which makes me think: I bet Grenz has read the New Testament. Clearly, Paul would be confused at the contemporary church’s idolization of marriage, and Jesus and John the Baptist would also feel out of place, as they were ushered off to the singles’ ministry during the second service.

Contemporary conservative churches often … [center] attention on the nuclear family. Church growth programs, for example, focus on married person, for the church is generally seen as being built on families. As a result, the programming caters to the family, singleness is readily stigmatized, and single persons are relegated to the fringes of the church and its life. Singles’ groups, even those which receive church support, are often viewed as Christian mate-finding services (pg. 186).

Grenz goes on to show that the “New Testament brought an important change in outlook toward singleness and the potential role of the single person in the economy of God” (pg. 189). Put frankly: “Paul clearly preferred the single life” (p. 188).

I often hear people assume that since we’re sexual beings, celibacy is an inhumane thing to “force” on someone. Unless, of course, they have the so-called “gift of singleness” (more on that below). Grenz shows that such a view assumes a rather thin view of sexuality, one that lacks biblical support and neuters the sexuality of Jesus, John the Baptist and many other single saints throughout history.

“Single persons, like all persons, are always sexual beings” (p. 190). Grenz explains (in a few different sections, which should be read together: pp. 20-21, 210, 219-222, 243) that sexuality is the dynamic behind all human bonding. For single people, this bonding “is of a different order than marital bonding” (p. 191), but it is not a lesser form of bonding and it’s nevertheless a byproduct of our sexuality. After all, “sexual desire” is not the same as “the desire for sex” (pp. 20-21).

Do you agree with that last line? Personally, I wasn’t sure. Immediately, I was like “yes!” But then my skeptical self kicked in and said, “Wait a minute. That’s sounds kind of fishy …” I needed some explanation. Some teasing out of this teasing phrase. And Grenz delivered, though I’m wondering if he’s proven the point:

“Sexual desire” refers to the need we all share to experience wholeness and intimacy through relationships with others. It relates to the dimension often called eros, the human longing to possess and be possessed by the object of one’s desire. Understood in this way, eros ought not be limited to genital sexual acts, but encompasses a broad range of human actions and desires, and it participates even in the religious dimension of life in the form of the desire to know and be known by God (p. 21).

Or in the words of the Vatican’s Declaration on Sexual Ethics: “Sex is seen as a force that permeates, influences and affects every act of a person’s being at every moment of existence.” Or the Tenth General Convention of the American Lutheran Church (shout out to my Lutheran friends!):

Human sexuality includes all that we are as human beings. Sexuality at the very least is biological, psychological, cultural, social and spiritual. It is as much of the mind as of the body, of the community as of the person. To be a person is to be a sexual being (p. 21).

All of this is what Grenz calls “affective sexuality” (he didn’t coin the phrase), which says that “All … relationships are sexual, insofar as our fundamental sexuality lies at the basis of the quest for community, which leads to the process of making and enjoying friendships” (p. 220).

I remember reading something by Wes Hill about this. Or perhaps it was in a conversation. Wes described his gay sexuality as much more than a desire for sex. Even friendships have a deep connection to sexuality. My friend Julie Rogers says: “Over the course of the 10,080 minutes that go by in a given week, very few of those minutes (if any at all) are likely comprised of sexual thoughts about other women.” Still, Julie says that her same-sex orientation shapes so much of the way she experiences life.

I don’t want to get sidetracked with LGBTQ-related questions here, since that’s not where Grenz goes. The point Grenz was trying to make is that sexuality is much bigger than a desire for sex and therefore single people can live and flourish as sexual beings apart from marriage. One can express their sexuality—depending on how you define it—without ever having genital sex.

So what if you’re not called to singleness? (The following section draws heavily from my book People to Be Loved, pp. 172-174)

I think there’s a lot of misunderstanding about what it means to be called to singleness. Like most Christian clichés, “called to singleness” has some roots in Scripture (1 Corinthians 7), but over time, it’s taken on many meanings not found in the text. When the Bible talks about calling and the single life, it’s all about living out your call as a Christian whether you are single or whether you are married (Paul’s point in 1 Corinthians 7). The “gift of celibacy” is not the desire or capacity to be celibate—humanly speaking, few single people can do this; Christianly speaking, anyone with the Spirit can. Rather, the gift of singleness is singleness itself.

How do you know if you are called to singleness? If you are single.

Until God calls you out of singleness into marriage, you are called to steward your singleness as a Christian to the glory of God. The term “gift” (charisma) is the same Greek word often translated as “spiritual gift” elsewhere, and Paul defines such gifts as “manifestations of the Spirit for the common good.” Or as Barry Danylak says: “A spiritual gift is not a talent or bestowment for one’s personal benefit but a divine enablement given for the mutual benefit of strengthening the substance and mission of the church” (Redeeming Singleness, 199).

Your singleness is God’s gift for the sake of your redeemed community and the mission of Christ.

The fact is, marriage is a small blip in our existence. We’re all born single and called to steward our singleness for the first 20-30 years of our life. Most of us will be called out of singleness and into marriage and then called to steward our marriage to the glory of God. But most of us married folks will be single again, in this life, whether through divorce or death of our spouse. And then we’ll spend eternity with God as single persons once again.

But we won’t actually be single. We’ll be one with our Creator; married, if you will, to God.

Human flourishing doesn’t depend on marriage and it certainly doesn’t depend on sex. Marriage brings with it its own temptations and trials, and sex within marriage often leads to pain (1/3 of women), frustration and other problems that married people don’t often admit. To think that marriage will end your loneliness and take care of your sexual frustrations is a myth. Many married people wish they weren’t (see divorce and adultery statistics) and the “majority of people struggling with sexual addictions and compulsive online habits are married men” (Grant, Divine Sex, 109).

The fact is, we are relationally and sexually messed up. And only Jesus, not marriage, can fix that. Jesus—the one who was single and the embodiment of human flourishing and joy.

I don’t want to downplay the unique struggles that single people have. My single friends tell me about terrible bouts of loneliness and discouragement (though, so do my married friends). And yes of course, married people experience a foretaste of heavenly delights (though, so do my single friends). But however you slice it, suffering and joy are not antithetical in God’s kingdom. When God calls us to salvation, He calls us to partake in his Son’s suffering, so that we can also partake in the Son’s joy.

This article was originally published at prestonsprinkle.com. Used with permission.

Which Biblical Character Is Your Financial Type?