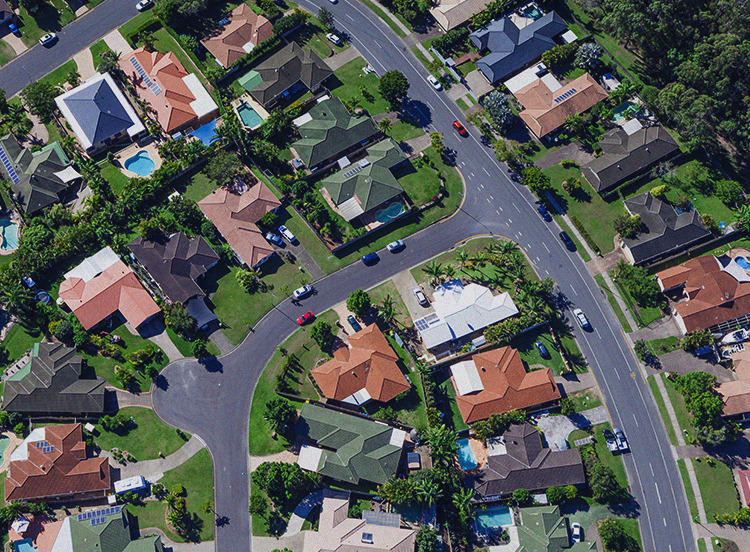 Those murderous millennials. They have been blamed for the death of everything good, including the English language, vacations, brunch, baby names, Christianity (of course) and 2016. The entire year.

But rejoice, for good news cometh in 2017. Our collective consciousness, Google, chronicles a shift in the court of public opinion against millennial-shaming. It’s as good a start as any, but in all seriousness, now is the time to take a step back and look at an area where millennials remain on the receiving end of a condescension and derision.

It’s time to stop shaming millennials for living at home.

According to a recent piece from The Hill, record numbers of 20- and 30-somethings are putting off “traditional milestones” like marriage and child-rearing. Millennials seem to prefer living at home for an extended time during and after post-secondary education, often relying on their families for support.

A number of these don’t work or study, opening them to the criticism that they are freeloaders; or perhaps worse, that their “emotionally comfortable” living situation could cause lasting economic harm. This trajectory of thought leads to the concern that millennials may indeed be robbing themselves of opportunity.

The stigma of living with one’s own parents, by its nature, makes for a very uncomfortable arrangement. Moving out and developing one’s “own life” is deeply ingrained in our culture, positioned not only as something developmentally healthy, but something that’s inherently natural. Staying with one’s parents is antithetical to the ethos of the “American Dream”—initiative breeds opportunity, success and financial independence, with the obvious spoils of a suburban split-level home and 2.5 children to follow.

No one in today’s economy, which has left young adults behind in spite of its recovery, still expects the “American Dream” to look the same way for everyone. But there’s plenty of reason for millennials to reject it outright, the myth having crumbled before our eyes. To quote entrepreneur, investor, writer (and perpetual failure) James Altucher at length:

[lborder] [The American Dream] may be the best marketing slogan ever conceived. It was like a vacuum that sucked everyone into believing that a $15 trillion mortgage industry would lead to universal happiness. The American Dream quickly replaced the peace and quiet of the suburbs with the desperate need to always stay ahead. [/lborder]

Living at home for a time is, therefore, a rejection of an ideal that no longer exists—if ever it had—and a practical approach to an emerging socioeconomic reality.

The reality is that any looming housing crisis isn’t the fault of millennials. They’re not putting off the job search for an “emotionally comfortable” alternative, the wages simply aren’t there. Housing costs in cities that have jobs to offer are prohibitively high. And, unlike their parents, millennials are disinclined to become saddled with credit card debt. Large-scale economic fallout, set into motion well before most millennials were born, cannot be blamed on them nor should they be expected to solve it by making foolish financial decisions.

What if, as it has been suggested in articles cited above, “boomerang children” place an unfair burden on their parents? What if millennials are indeed so ill-equipped to set out on their own that they depend wholly on their parents for financial assistance?

First, the piece reporting on the 2 million millennials who are neither working nor studying acknowledges that most are not doing so by choice. Boomers often delay retirement in favor of continuing to work. Jobs are rapidly being automated. And employers are often reluctant to hire recent grads as a result—at least, not for a reasonable wage.

According to Pew Research Center, only a third are working for a “good wage” of $45,000 a year, which sounds like hitting the jackpot for some college grads but has been cut in half since 1990. The number of recent college grads making less than $25,000 a year has spiked in the same period.

Nevertheless, it’s worth acknowledging that there exists a subset of non-contributing millennials who are entirely dependent on their parents for their livelihood. This is not OK. It goes without saying that this is not OK. And it flies in the face of both an American ideal and wider cultural and social norms.

Altucher points out in his book Choose Yourself that moving out on one’s own upon entering adulthood is a recent convention in America. It would have been inconceivable to our founders, and in fact to every generation until the Baby Boom of the 1950s. A large percentage of Americans then lived in cities, stacked up in apartment buildings with extended families, sharing everything, from beds to toilets to clotheslines.

They lived together. They worked together. And each member was expected to contribute in his or her own way. Fueled initially by the family unit, the microcosm grew, extending to neighbors and then into the immediate community. Most shared a cultural, occupational and social space.

While the multigenerational household may have enjoyed its heyday before the Boom, the death of community and family has been greatly exaggerated. Rather, such arrangements are seeing a resurgence. Sixty million Americans, a record number, enjoy a multigenerational setup of some sort.

Millennials have played a substantial part in the growth of the multigenerational households, but they’re not solely responsible. More families today prefer to share their homes with elderly parents as an alternative to assisted care or nursing facilities. Brothers and sisters are sharing spaces with their spouses and families. Three generations living under one roof is far from unheard of. (When the Obamas occupied the White House, Marian Robinson moved in, too. She is the former first lady’s mother.)

Shaming millennials for living with their families dangerously assumes that they’ve chosen convenience over supporting themselves, refusing to assist or contribute to their families. This only strengthens the unfair (and irresponsible) narrative that young Americans are inept, incapable and entitled. Most are simply doing the best they can with the resources they are given.

Instead, it’s incumbent upon older Americans to offer their experience, wisdom and encouragement to young adults navigating a difficult economic landscape. How emboldening and inspiring it is to know older adults who openly mentor millennials as St. Paul mentored Timothy, the young Church leader:

Let no one despise you for your youth, but set the believers an example in speech, in conduct, in love, in faith, in purity. – I Timothy 4:12