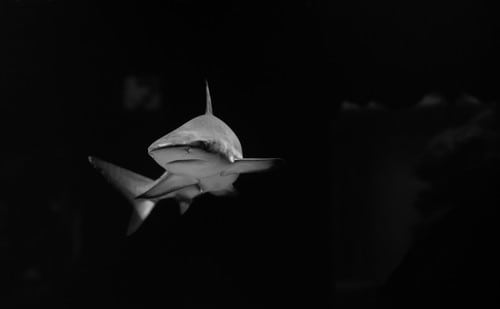 You may not be the first to sign up to swim with them, but at the end of the day, you have to admit: Sharks are pretty cool. And though we may be fearful of them, sharks are facing big threats when fishers enter their territory.

In order to increase awareness for the threats sharks face, Oceana, the largest international ocean conservation and advocacy organization, partnered with multiple shark experts and biologists to create a “shark-tracking map” called the to create a “shark-tracking map” using the Global Fishing Watch platform. This platform can be used to track individual vessels, monitor activity in marine protected areas, upload custom data and more. Global Fishing Watch was created from a partnership between Oceana, SkyTruth and Google.

According to Oceana, the tracking map displays the movements of 45 tagged sharks overlaid with commercial fishing activity.

Beth Lowell, senior campaign director at Oceana, said: “As people celebrate Shark Week, it’s important to remember that sharks are under threat. Using interactive tools like Global Fishing Watch, paired with tagged wildlife data, we can learn more about how commercial fishing impacts these animals. Oceana hopes to expand this initiative by collaborating with other researchers who are interested in sharing their marine wildlife tagging data.”

Neil Hammerschlag, a research professor and one of the map’s collaborators, also weighed in on the threats sharks face: “Highly mobile sharks, such as those reflected in this interactive map, often navigate through a gauntlet of fishing vessels with potential interactions. Many fishing gear types can put these sharks at risk, as both target and by-catch—especially in the international waters of the high seas where no catch limits exist for many shark species.”

So let’s be more careful where we cast our nets, shall we?

Report: US Churches Aren’t Inclusive for Children With Learning Disabilities