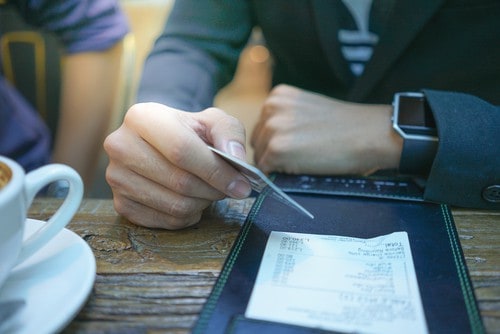 Millennials are too busy taking photos of their avocado toast and acai bowls at brunch to pay any regard to their server, much less throw down a couple bucks for a tip.

People ages 18 to 37 are much more likely to “stiff” their server, meaning they leave no tip at all, no matter how much their check comes out to.

A survey from CreditCards.com found that 10 percent of millennials say they routinely leave no tip, and one in three leave less than a 15 percent tip at restaurants. When presented with a variety of suggested tipping options at things like food trucks or coffee shops, one in six millennials say that they regularly choose the lowest option, and one in five gives no tip. These are the highest figures of any age group.

According to the study, young adults would rather pay higher for their food prices and do away with tipping altogether. About 27 percent of millennials say they favor this option to the existing system.

Some industries, such as cruise lines, have completely done away with tipping and now include service charges in guests’ final bills. But in some industries like order-at-the-counter restaurants and things like Uber and Lyft, tip requesting is becoming more widespread. Many people are saying that this system is unfair to employees across the board.

According to Michael Lynn, tipping expert at Cornell University’s School of Hotel Administration, tipping is a way to allow customers to have more control over their experience and is just a way to ensure they are offered good service. It has been criticized in the past as being discriminatory, with studies showing that young, attractive female waitresses earn a higher average in tips.

The Emily Post Institute, which provides etiquette training, says that tipping is “one of the most stressful and confusing aspects of etiquette today.” The Institute recommends leaving a 15 to 20 percent tip on the pre-tax total at all sit-down restaurants. It gave a list of 17 circumstances on proper tip etiquette, including leaving a few dollars for hotel housekeepers each day on your stay, and tipping your hairstylist and nail technician at least 15 percent.

“The truth is that many workers rely on tips to generate a large portion of their income,” says CreditCards.com senior industry analyst Matt Schulz. “To them, it’s not just about etiquette. It’s about being able to provide for their families and put food on their own tables.”

Studies have also shown that the median tip from women is 20 percent, compared to 16 percent from men, and that married people typically tip higher than singles.

Study: Theology Is the Top Reason Churchgoers Stay or Leave Their Church