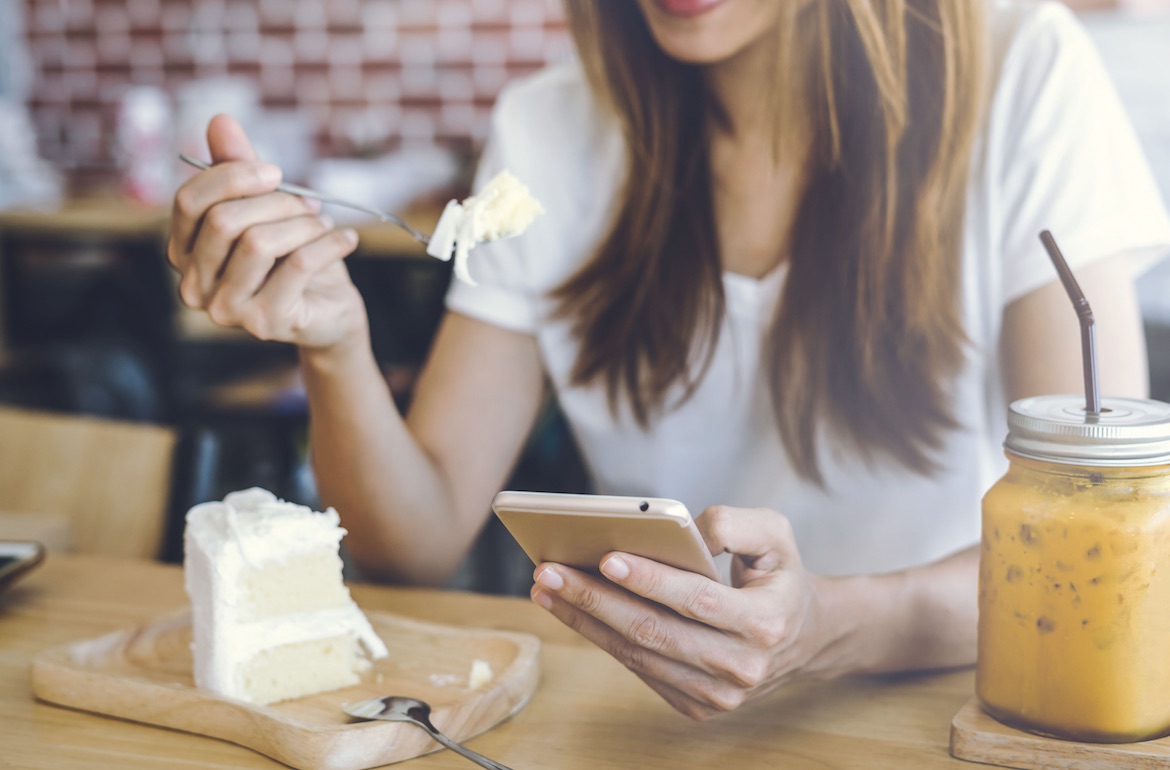 It’s no big surprise that we all spend a lot of time staring at screens, but a new study has found that screens have basically taken over our meal times. The brand Pretzel Crisps recently commissioned a survey of 2,000 American adults and found that a whopping 88 percent stare at a screen while they eat.

From StudyFinds.org: “In fact, the average U.S. eater will stare at their phone twice over the course of any given meal, and will only have five screen-free meals per week.”

The practice is so prevalent that 83% of those who responded said that they’ve actually had their meal go cold because they are watching some sort of screen.

But, it’s not all Netflix, games, YouTube and fun.  The No. 1 reason why people reported eating while using a screen was to send and read emails. Not far behind was other work-related activities.

The habit is also effecting lunch breaks. Nearly 70% said they stay at their offices to eat lunch so they can still be connected while they have their mid-day meal. Also, disheartening: On average, Americans eat just three meal a week at their own kitchen tables.

Steph Curry: ‘Coming in Hot’ By Lecrae and Andy Mineo Is the Theme Song to My Life