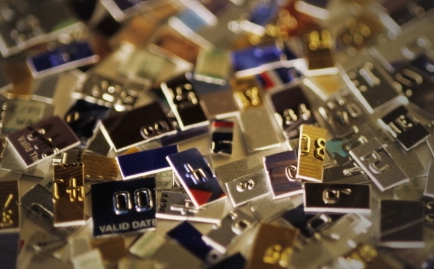 It’s the beginning of 2010 and if you’re like a lot of people, getting a tighter reign on your finances is one of those big New Year’s Resolutions. And it’s a good resolution to make. In the face of hard economic times, it’s absolutely critical to be a good steward of your resources. It all starts with getting out of debt, and getting in to a savings plan.

Myth: Debt is a tool

When training for my first career in real estate, I remember being told that debt is a tool. We can buy a home, a car, start a business or go out to eat and not be bothered with having to wait. But I also remember a finance professor telling us that debt is a double-edged sword, which could cut for you like a tool but could also cut into you and bring harm.

My contention is that debt brings on enough risk to offset any advantage that could be gained through leverage of debt. Given time, risk will destroy the perceived returns by the myth-sayers.

Proverbs 22:7 says, “The rich rule over the poor, and the borrower is slave to the lender.” I was confronted with this Scripture and had to make a conscious decision of who was right—my broke finance professor, who taught that debt is a tool, or God, who showed obvious disdain for debt. Beverly Sills had it right when she said, “There are no shortcuts to any place worth going.”

Debt is now so ingrained into our culture that most Americans can’t even envision a car without a payment, a house without a mortgage, a student without a loan and credit without a card. We have been sold debt with such repetition and with such fervor that most folks cannot conceive what it would be like to have no payments. Last year, 6 billion credit card offers were put in our mailboxes and people are taking advantage of those offers. According to CardTrak, Americans currently have $807 billion in credit card debt. We can’t do without debt—or can we?

Bankers, car dealers and unknowledgeable mortgage lenders have told America for years to “build your credit.” This myth means we have to get debt so we can get more debt because debt is how we get stuff. Those of you who don’t use debt have found that cash buys stuff better than debt. But if I were selling debt, as the banker is, I also would tell you to get debt to get more debt.

I’ve heard all the bait put out there to lure the unsuspecting into the pit. A free hat, airline miles, brownie points back, free use of someone else’s money, a discount at the register—the list goes on to get you to sign up for a credit card. Have you ever asked why they work so hard to get you involved? The answer is that you lose and they win. An American Bankruptcy Institute study of bankruptcy filers reveals that 69 percent of filers say credit card debt caused the bankruptcy.

Taking on a car payment is one of the dumbest things people do to destroy their chances of building wealth. The car payment is most folks’ largest payment except for their home mortgage, so it steals more money from their income than virtually anything else. USA Today notes that the average monthly car payment is $464 over 64 months. Most people get a car payment and keep it through their lives. As soon as a car is paid off, they get another payment because they “need” a new car. If you keep a $464 car payment throughout your life—which is “normal”—you miss the opportunity to save that money. If you invested $464 per month from age 25 to age 65, a normal working lifetime, in the average mutual fund averaging 12 percent (the 70-year stock market average), you would have $5,458,854.45 at age 65. Hope you like the car!

Student loans are a cancer. Once you have them, you can’t get rid of them. They’re like an unwelcome relative who comes to stay for a “few days” and is still in the guest room 10 years later. We have spread the myth that you can’t be a student without a loan. Not true! USA Today says that in 1992, 42 percent of students took loans, while in 2006, 65.6 percent of students took loans. Student loans have become normal, and normal is broke.

When people call my radio and TV shows to scream, “WE’RE DEBT FREE!” a car or a student loan is almost always the last they paid off. Except for a mortgage, these are the two largest debts most people have. If you have a student loan to pay off, it’s time to get crazy, get intense and attack that debt.

First, let me tell you that mortgage debt is the only kind of debt I don’t yell about. I don’t borrow money—ever. But if you have to get a mortgage, just be smart about it. First, make sure you are ready to buy a home.

You should be debt-free and have three to six months of expenses saved for emergencies. Why? Because if you don’t, the roof will leak or the air conditioner will need replacing as soon as you move in. It’s a lot better to rent for a while longer than to be in a house you can’t afford to take care of.

Never take out more than a 15-year fixed-rate loan, and never have a payment of more than 25 percent of your take-home pay. That’s the most you should ever borrow. If you borrow more, you won’t have the money to do anything else.

Hopefully these tips have shown that it actually is possible to live debt-free—regardless what our culture might say. How much could you give every month, save every month and spend every month if you had no payments? Your income is your greatest wealth-building tool, not debt. There is no such thing as good debt.

Dave Ramsey is the author of multiple books about personal finance and the host of a radio show and TV show on Fox Business Network. This article originally appeared in RELEVANT Magazine.

Happy Are the Poor

Rejecting Apathy from Within