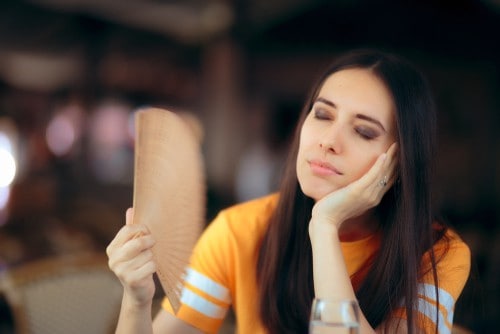 Is your office always freezing? Maybe your boss has a good reason for keeping the thermostat at 67 degrees.

Joe Allen, co-director of the Center for Climate, Health and the Global Environment at Harvard University, says that as the climate changes, temperatures spike and heat waves are more frequent. “There’s evidence that our brains are susceptible to temperature abnormalities.”

To prove the brain’s susceptibility to temperature change, Allen conducted a study of college students living in dorms during a summer heat wave in Boston. Half of the students in the study lived in buildings with central AC, where indoor air averaged about 71 degrees. The other half lived in dorms with no AC, air temperatures averaging up to 80 degrees.

“In the morning, when they woke up, we pushed tests out to their cellphones,” explained Allen. The students were giving two tests per day for 12 days. One test measured cognitive speed and memory, the other assessed attention and processing speed.

“We found that the students who were in the non-air-conditioned buildings actually had slower reaction times: 13 percent lower performance on basic arithmetic tests, and nearly 10 percent reduction in the number of correct responses per minute,” Allen said.

The results of this study added to a growing body of evidence that documents the effect of heat on mental performance in schools and in workplaces.

And when it comes to classroom performance, another study found that taking a standardized test on a very hot day is linked to poorer performance. The author of this study writes that compared with a 72-degree day, “taking an exam on a 90-degree day leads to a 10.9 percent lower likelihood of passing a particular subject.”

There has also been a verified dip in cognitive function linked to other conditions like poor lighting. Clearly, we have a lot to learn about how our bodies adapt to our surrounding conditions.

“We all tend to think we can compensate, we can do just fine during heat waves,” says Allen. “But evidence shows that the indoor temperature can have a dramatic impact on our ability to be productive and learn.”

Paying Attention to God in an Age of Constant Distraction