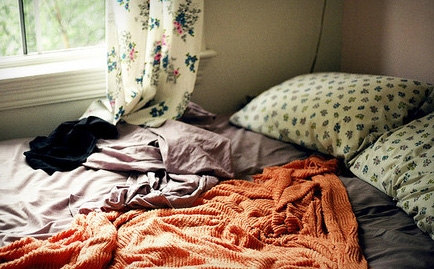 So there I was, sitting in another planning meeting on another Wednesday morning. This was an important meeting. It directly affected my professional life, and I really should have been paying attention. But I wasn’t. I was too busy pondering a single, all-consuming observation:

“I’m the only virgin in the room.”

This wasn’t a point of speculation. I knew, in a settled and certain way, that every person in that room, married or otherwise, had had sex.

Situations like this are becoming increasingly common as the years roll by, and my marital status remains perpetually … uneventful. Most of my Christian friends are married. Most of my single Christian friends have “slipped up” once or twice—some have lost count. And, not surprisingly, none of my non-Christian friends made much of an effort to “save themselves.” That leaves me: a virgin in his mid-20s who, with each passing wedding season, has fewer friends with whom he can discuss intercourse in that speculative, overly fantasized tone he has used since middle school. Suffice it to say, The 40-Year-Old Virgin isn’t as funny as it used to be.

Whatever your relationship status or sexual experience, it is funny the way one’s view of sexuality changes over a decade of post-pubescent chastity. That’s something they don’t tell you when you’re 13 years old, hurriedly signing the “Purity Pledge” card and avoiding eye contact with your youth pastor. It’s easy to be a virgin when you’re in seventh grade.

It’s not much harder in high school. A pregnancy scare here, a cataclysmic breakup there and you’ve got all the motivation you need to keep your virginity for a few more years.

Things get complicated when you arrive at college and discover that promiscuous sex is no longer accepted, no longer encouraged; it’s downright expected. I think there are state schools where fornication is actually a requirement for graduation. (I went to a Christian college, so the pressures were not as great, but even so, most of my friends didn’t make it out with their v-cards intact.)

Suddenly, you’re out of college and everyone is having sex. But now it’s different. No longer can you console yourself with vaguely condescending thoughts of how sad it is that those around you are giving in to the base desires of the flesh and will never know the bliss of an unstained marriage bed like you will. Now your peers are married. They are tasting the fruit for which you have long hungered. You, on the other hand, have become an anomaly, an outlier, an honest-to-goodness freak of nature. On the rare occasion that you speak of your condition, people respond with emotions ranging from pity to fascination to confusion.

If you’re currently living in the increasingly lonely world of prolonged purity, you are likely facing some nagging questions. “What am I waiting for? Is it even worth it? What’s the point of waiting when no one else is? Why haven’t I met ‘the one’ yet? What if he/she never comes along? What if he/she is not a virgin? … Is it even reasonable for me to expect that anymore?”

Promises for the waiting

As with any moral dilemma, there are a myriad of forces that arise to provide answers. Married friends say it’s definitely worth the wait. Single friends say it’s still pretty awesome even when you haven’t said “I do.” I know a young couple at church who abstained from premarital sex and are now getting divorced. I know some exceptionally virtuous, godly young men and women who didn’t wait. I know five toddlers who were born out of wedlock.

The Christians are what make it hardest. Eighty percent of young unmarried evangelicals between the ages of 18 and 29 have had sex. Many of my closest brothers in Christ are not virgins. I’ve dated some fantastic Christian girls who were not virgins. They all did it and they all turned out alright. So what’s the big deal?

Sometimes, in weaker moments, you may find yourself wishing you’d compromised years ago when you still had the chance. Sometimes, it’s easy to overlook the heartache you’ve seen result from premarital sex in your peers because its pleasure still eludes you. Whatever your conviction, it may seem you “have no choice” but to wait for the loving confines of a monogamous relationship.

But, despite it all, it’s worth endeavoring to stay the course. In one sense, this is merely a cost/benefit analysis. If you’re going to quit a marathon, you should do it after mile five, not mile 25. No sense bailing before the big finish. But it’s about much more than that.

“Sex should be saved for marriage” isn’t the only thing Scripture tells us. It also says God knows the plans He has for us (Jeremiah 29:11). It says if we wait patiently for Him, He will turn and hear our cry (Psalm 40:1). It says His thoughts are not our thoughts and His ways are not our ways (Isaiah 55:8). And, if all that is true, we should endeavor to run with endurance the race set before us (Hebrews 12:1), hoping for what we don’t see and waiting for it with patience (Romans 8:25). If, after 12 years, God still wants me to save sex for marriage, I have to believe those other verses still hold true as well.

Maybe you’re reading this and you’re not a virgin waiting on marriage; maybe you’re waiting on a job offer, healing, financial provision, a church to get involved in. Or maybe you didn’t save sex for marriage and you’re craving grace as you move forward—these verses are for you as well. We may not always like His ways. We may wish sometimes that He’d move things along a bit, but that’s not for us to decide. We’re on God’s time. That’s where I’ve been for the past two and a half decades, and, having come this far, I suppose I can go a little farther.

Though I must admit: that verse about a day being the same as 1,000 years for God makes me nervous.

Whether you’re single and waiting, or married and didn’t wait, what are your thoughts on abstinence until marriage? Why is it worth the wait?

Where Life Meets Death in Japan