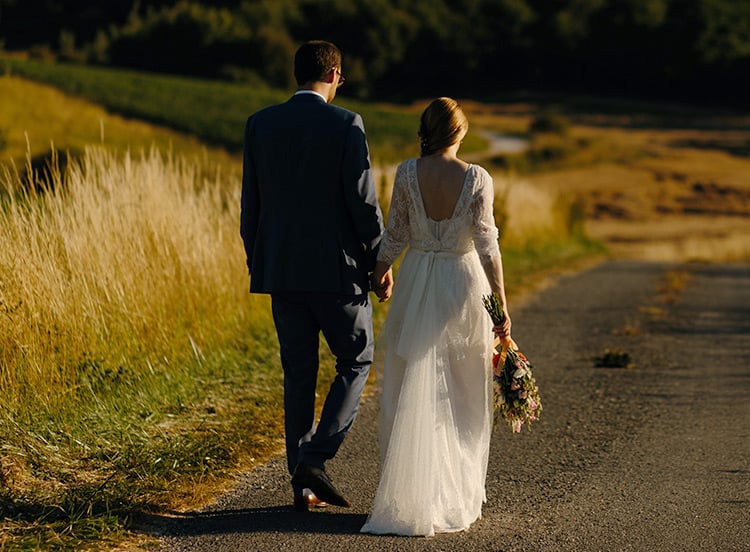 Shortly before our wedding, someone gave me and my husband this advice: “Marriage is good. It’s hard—and sometimes you’ll want out, but it’s worth it.” I remember thinking that was an odd thing to say to a couple about to get married. It seemed like such a bleak view of marriage.

People tend to say and write this phrase as if it’s a given, a known and indisputable fact. They say it to warn newlyweds about what they’re getting into: It won’t all be a fairytale. They say it to encourage and reassure one another: We have rough patches, too. They say it to make sure they’re not the only ones: Marriage is hard, am I right?

But when I see or hear those words, I don’t feel understood, and I don’t feel relieved. The phrase frustrates me. Instead of saying “Yes, me too,” I have to ask, “Is it really?”

Lots of people say that the first year of marriage is the hardest. From the outside, it might seem like my husband and I have good reason to agree. Immediately after our wedding, we moved all the way across the country to a city where we knew no one. We lived in a tiny studio apartment, and we had almost no furniture. We slept on a jumble of blankets on the floor.

A few months later, we packed up a Buick full of our things and moved back across the country. We lived with three other people (one of them an infant) in a two-bedroom apartment. Before the year was up, we had moved two more times. We each had two different jobs and several months of unemployment. At one point, the bank account was very nearly empty.

That first year threw plenty of challenges our way, but marriage wasn’t one of them. We learned plenty about each other. We had conflict. We had to figure out how to live and navigate life together. But that hard apartment floor in that tiny apartment would have been a lot less bearable without the other person lying there, too.

None of these issues is unique to marriage.

When a newborn enters the world, no one tells him immediately that having a family is rough. When a 5-year-old kid starts school, no one warns her the night before that finding a best friend is hard.

But brothers leave their dirty clothes on the floor. Parents differ from their children about how money should be spent. Best friends don’t always enjoy all the same hobbies. And roommates might have different ideas about how to do the dishes. Friends and roommates come from different homes and families and traditions. Just about everybody moves and changes jobs at some point. Family members share a life filled with differing perspectives, personalities, desires and dreams.

On a shelf in my bathroom sits a small plaque that was given to us as a wedding gift. On the plaque are the familiar words of 1 Corinthians 13. These words, often read at weddings, help to give us our pictures of what marriage should look like. We hear: “Love is patient, love is kind. It does not envy …” and we think about our own actions in marriage. We think, “I must be patient, and my spouse must be kind, and we won’t be boastful or proud or rude.” We easily create a picture of how spouses should act, a picture of what a perfect relationship looks like.

Marriage, in and of itself, is not hard. Life, on the other hand, is filled with plenty of challenges. And even newlyweds already have the tools they need to face these challenges. There is life after the wedding. But love never fails.

is a writer and editor living in Minneapolis, Minnesota.

Should Pastors Who Don’t Speak Up About Racism Resign?