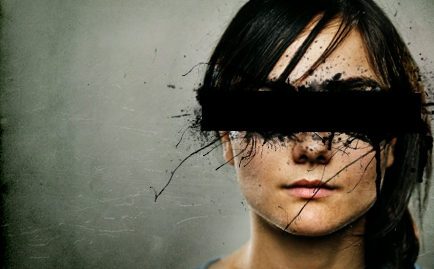 I remember when I had my book release party for the book that I still refer to as my “creative firstborn child.” One of the people who prayed over it said something I was completely unaware of: "Today, two very interesting and controversial books were released: Bill Clinton’s My Life and Shellie’s Inside of Me." The audience laughed. I smiled … and then gave her statement some thought. Lord knows that both President Clinton and I have had, let’s just say, a very colorful sexual past. I don’t know what Bill (is it disrespectful to call the 42nd president that?) is doing some six years later, but me? My life has changed … quite a bit.

Even when I was a regular contributing writer for RELEVANT‚ I was pretty blunt and matter-of-fact when it came to my columns and articles. That part of me hasn’t changed, so I’ll just put it right on out there. Inside of Me is basically a “sex autobiography.” It’s most of the life lessons I’ve learned as a survivor of sexual abuse—violations that happen to you—and a survivor of “sexual misuse”—things you do to yourself, often as a direct result of things that have happened to you. One of the first issues I address is a myriad of reasons why sex before marriage is not good for you.

Yet, guess where I was the day my first copy of Inside of Me arrived? I was in bed with my former-and-final boyfriend, in a T-shirt and not much else … so I’m sure you can read between the lines. Here was a book telling the world all of the reasons why the Word says: “There’s more to sex than mere skin on skin. Sex is as much spiritual mystery as physical fact. As written in Scripture, ‘The two become one.’ Since we want to become spiritually one with the Master, we must not pursue the kind of sex that avoids commitment and intimacy, leaving us more lonely than ever—the kind of sex that can never ‘become one’” (I Corinthians 6:16-17, The Message). And even I, the author, still didn’t get it. Yet.

If I could explain what my life has been like since Inside of Me, it would be this: I’m working to finally get this lust thing right. Cause it really is so wrong. Very wrong.

I cut all of my past “sex partners” from my phone, Facebook and email because to get to the Promised Land you must leave Egypt totally alone. And, most of all, I quit explaining to Satan about why I needed to do all of these things to get really free. It wasn’t good for Eve to stand around ogling the forbidden fruit and it doesn’t really work for me, either.

But if anything has been a “labor of love,” getting freed from sexual sin has been. Lust is such a jokester and one with poor timing, at that. It tells us that we’ve gotta have it “now,” that we’ll die without it. The truth is that sexual sin is a lot like a terminal disease; partaking in it just means dying a slow death, especially emotionally. I tell people all of the time that when you have sex outside of marital covenant, when you use sex for something other than what it’s created for (Genesis 2:24-25), you’re gonna get sick. The wages of sin is death. Thirty minutes of temptation, if you’re lucky, doesn’t compare to the weeks, months and sometimes years it takes to recover from fornication. It really doesn’t.

Don’t get me wrong. I’m fully looking forward to having sex again. However, I hold the Message Version of Romans 8:22-25 very close to me. There is a line in it that says, “We are enlarged in the waiting.” Love is patient. For the first time, I am serious about waiting for my husband. And I have become a better person because of it.

And God has been faithful. Even after having four abortions in my past, I am the teen mom coordinator for the local chapter of a national Christian-based non-profit. I will be taking doula (midwife assistant) classes next month to assist these young women with the birth of their babies. I started an organization called “Chosen Ones,” which is for young women who were a lot like I was. And I wrote a new book about my experiences.

While talking to a male friend of mine about the book, I said, “You know, I think I’ve gone from ‘Sex Girl’ to ‘Covenant Woman.’” Because I realized something. Sex is to be a gift. Not a trap. Not a burden. Not a stronghold. A gift.

If you’ve got issues with sex, know this: I’ve been there and every day is not a cakewalk even now. If I could say one thing, it would be this: Grace and mercy has taught me God thinks so much of you that He wants you to see yourself and expect others to treat you as more than abstinent … or even a virgin. He wants you to be esteemed as pure.

Shellie R. Warrn is is a blogger and author of Pure Heart: A Woman’s Guide to Sexual Integrity (Baker Books). She is also a speaker and writer for XXXChurch.com.

Questions That Will Shape the Future of the Church

The Death and Life of Currents