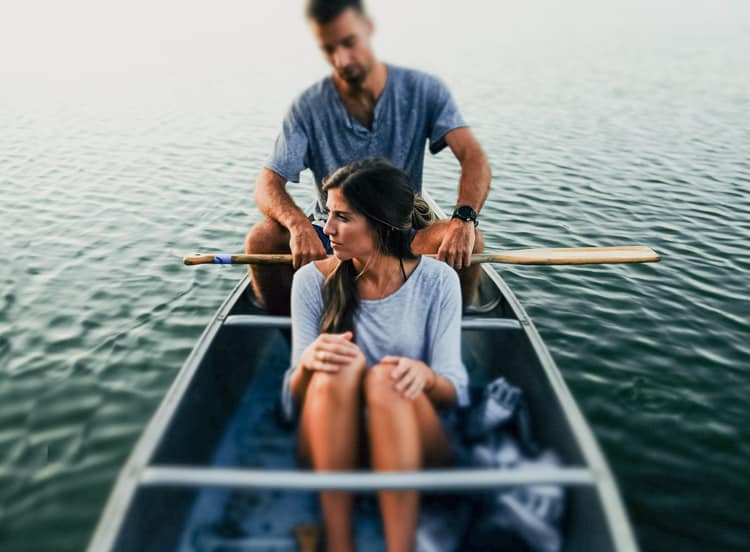 Why is it that when we can’t have something it becomes that much more desirable to us? Like Eve in the Garden of Eden, it’s the apple we’re forbidden to eat that captures our attention the most. It’s in those times where we longingly stare at the apples in our lives that Satan begins to whisper to us like he did to Eve. “Did God REALLY say [that]?… You won’t die” (Genesis 3:1-4).

One of the most enticing apples in today’s culture is the temptation to become romantically involved with an unbeliever. It’s just a date, we think. I won’t get that emotionally invested. I’ll invite them to church and they can hear the gospel!

We’ve all heard the verse, but it’s a simple truth we must remember (it’s usually the simple ones that are easiest to forget, isn’t it?): “Don’t team up with those who are unbelievers. How can righteousness be a partner with wickedness? How can light live with darkness?” (2 Corinthians 6:14)

To clarify, this verse is not telling us to completely reject and have no interaction with unbelievers. In fact, Jesus’ very own example leads us to intentionally enter into times where we are interacting with unbelievers on their turf. However, there is a difference between interacting with unbelievers and, as the New Living Translation puts it, teaming up with them. Entering into a romantic relationship with a non-believer is putting yourself on the same team and it is contradictory to Scripture. Frankly, it’s disobedience and it will put you on the fast track to spiritual stagnation.

Here are some reasons why:

It leads to withdrawing from our Christian communities

Times of Christian fellowship will encourage and convict you, and if you’re living in contradiction to the Word, it will heighten your senses to the fact. That’s why many believers withdraw from their Christian community when they’re in a relationship with a non-believer. The Holy Spirit stirs when we are living in contradiction with the Lord, and that stirring becomes more powerful in the presence of other believers. Being around your Christian community makes your actions open to accountability, which heightens your awareness of the spiritual nature of your decisions. Conviction over something we love is an uncomfortable feeling that leads us to seek communities outside our Christian circles that will affirm what we are doing rather than pointing us back to objective truth. Drawing away from Christian community is often the first step to spiritual stagnation.

As you spend more time in your relationship, your emotions will grow deeper and you’ll become more invested. As you drift from your Christian community, you’ll also grow in your desire to please your partner over God. If your partner isn’t a believer, the likelihood that their desires for the relationship will be in alignment with God’s desire for the relationship are slim. If your emotions continue to develop for your partner, your conviction to live in accordance with God’s Word will continue to diminish. Not only will this lead to sin in the relationship, but it will bleed over into other areas of your life. I had a friend enter into a romantic relationship with a non-believer and within three weeks she was arguing that Christians shouldn’t emphasize evangelism and reaching the lost (something Jesus Himself tells us to do).

You’ll be changed more than they are

Even if the unbeliever you are in a relationship with chooses to accept Jesus and practice Christianity, it is likely that their decision will have been heavily influenced by you. There are instances where people have come to genuinely know Christ because of their romantic relationship with a believer, but that is because of the grace, mercy and intervention of the Lord—not because that relationship was acting in obedience to God. The stories I’ve heard where the unbelieving partner adopts the faith of their believing partner only to give it up when they’re tiring of the relationship far outweigh the number of situations I’ve heard where the conversion has been genuine. The type of story I hear more than anything consists of the believer walking away from their faith and entering into sin, being left heartbroken by their partner and wishing they had never engaged in their relationship in the first place.

The life God has for us is a wonderful adventure. His plans are truly best and we achieve those plans when we follow the structure given to us in His Word. It doesn’t matter how good it feels, or how timely and coincidental this encounter seems to be. If the relationship you are contemplating entering contradicts the Lord’s Word, it is not a path He wants you to engage in.

God’s boundaries are meant to protect us and give us our best lives. The only reason the Lord tells us to stay away from something is for our benefit. He wants us to live lives that honor Him, create eternal impact and overflow with His joy. He doesn’t promise ease and comfort, but He promises purpose and sanctification.

Trust Him when you’re staring at that shiny apple. Don’t listen to the whispers of the enemy. God is good and His commands are to protect and build. He only desires the best for His children.

Katie Clinebell is a born and raised New Jersey girl living in Nashville, Tennessee. Specializing in creative communications, she is fueled by the Beach Boys, Broadway, and coconut coffee. Instagram: @katieclinebell

Van Plows Into Crowd in Barcelona, Killing at Least 13