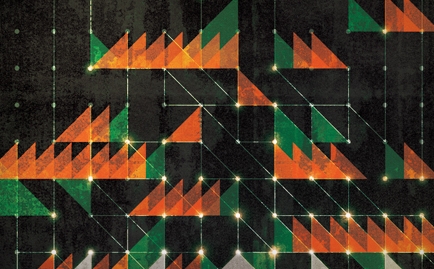 “A colonial house was centered around a fireplace to keep warm. The fear was being cold,” says Derek Melleby, the director for the College Transition Initiative at the Center for Parent/Youth Understanding. “Living rooms today are centered around a TV. The fear is being disconnected.”

In other words, American culture values connection and intimacy above all else. Because this culture’s greatest fear is being alone—according to the media in which Americans are constantly immersed.

Can technology and media aid intimacy? In many ways, yes. However, they also have a polarizing effect on relationships. According to recent studies, the average American takes in about 3,500 to 5,000 marketing messages a day and spends about 41 hours per week using technology such as cell phones, TV, video games, music and the Internet.

Everyone is spending vast amounts of time engaged in mediated reality and less time engaged with each other. Experts are only at the very beginning of understanding how this fast-changing electronic culture will impact human love and relationships in the long term. Because of media and technology, the ways in which people fall in love, connect within relationship and experience sexuality are different than any other generation before this one. How does one navigate these uncharted waters and discern what real, healthy marriages and romantic relationships should look like?

The root of any romance today is love, but it wasn’t always so. In past cultures, people came together because their parents arranged it or they wanted to join lands or kingdoms; love was secondary. Today, love is the only thing that matters. This over-emphasis on love is encouraged by media that tells stories, sings songs and writes books about how true love conquers all, is ultimately fulfilling, brings a never-ending wealth of happiness and is rarely marred by significant conflict.

Sure, everyone knows real love doesn’t work this way, but that doesn’t mean those tantalizing (and insistent) images don’t affect people’s hopes for romance—and, in turn, cause disappointment in the mundane drone of the day to day.

“A real relationship is one where you take out the garbage, pay the bills and talk about your kids,” says Reid Daitzman Ph.D., practicing clinical psychologist and CEO of Foursight Game Systems. “A lot of it is really boring. What people don’t realize, though, is that the best day of their lives includes all that boring stuff. Because when people don’t have it, they really miss it. A guy who just had an affair really misses his wife and would love to be back with her talking about trivial things.”

This concept can be hard to swallow when the love media portrays seems more desirable than what is experienced in reality. Shannon Martin, a young, married mom in Connecticut confides: “Romantic movies make you think your relationship is supposed to be so amazing, passionate and exciting all the time. My marriage isn’t like that, and sometimes I wonder if something’s wrong.”

Adults should be able to tell the difference between over-romanticized love and healthy, realistic love. But in actuality, peoples’ lives are beginning to just echo the stories they see onscreen. The problem is, movies usually end just as a relationship is beginning.

As people consume the media’s view of love, it’s becoming more common for relationships and marriages to be primarily based on a desire for happiness and personal fulfillment. When these feelings fade, people think love is gone and become an emotional train, moving from one lover or spouse to the next. It’s become such a problem that some have begun to refer to this mediated view of romance as “emotional pornography”—insinuating that popular expressions of love and romance rewire the brain in ways that recall the damage done by visual pornography. Just as visual pornography sets up unrealistic expectations for sex and physicality, the media’s fanciful stories of love wire consumers to expect Hollywood-style kisses in the rain and constant, epic moments of dramatic love. How can real life compete?

“One of the things that [has] struck me is the formative power of consumerism,” says Mark Powley, author of Consumer Detox and co-founder of the Breathe network. “We are shaped in ways that reach beyond our shopping habits. As consumers, our identity is changeable: We’re not accountable to anyone, and we’re free to disengage whenever we feel like it. More and more, these patterns are affecting our relationships. We move around more, we connect with many people, but we’re not so good at committing to them.”

A study by Barna Group on divorce confirms that ideas about love and marriage are changing. “Interviews with young adults suggest they want their initial marriage to last, but are not particularly optimistic about that possibility,” the study reports. “There is also evidence that many young people are moving toward embracing the idea of serial marriage, in which a person gets married two or three times.”

Of course the media sells the most exciting parts of love. But there’s more to love than just excitement—there’s also God-given purpose.
“Your life as a believer in Christ is to strategically give yourself away for the Kingdom of God,” says Paul Sorensen, the executive director and founder of the Greenwich Center of Hope and Renewal. “Our world says here and now is the greatest good and making myself happy is paramount. Biblically, love is about loving the other person and giving to them.”

The Changing Expectations of Sexuality

Thus, many unrealistically believe sex should never be awkward, always be passionate and that both people will have fantastic, simultaneous satisfaction with a minimum of effort.

Many young adults, especially Christians it seems, enter marriage and wrestle with their sexuality. “Sex was a struggle when my wife and I first got married,” says Danny Jenkins, who’s 27 and recently married. “I was taught that sex before marriage was bad. At the same time, I had this idea from movies and the church that sex would be an erotic fantasy when it did happen. It was confusing in our first year of marriage to understand that sex was ‘good,’ but that it wasn’t just automatically mind-blowing like the media tells us. We ended up seeing a counselor to help us sort through it all.”

Social media, online dating, chat rooms and pornography also muddle things by creating new avenues for sexuality that move sexual experiences from the physical realm to the metaphysical. This becomes a huge gray area as this generation grapples with how to find balance and healthiness in the midst of an onslaught of opportunity for all kinds of new sexual experiences.

“Now people can get what they want online that they used to get in physical reality. I think that sense of power and control is a positive thing in terms of mental health, but it might not be that positive in terms of the quality of the [relationship],” Daitzman says.

Christians most often point the finger at visual pornography, but pornography is only part of the issue as a whole. Technology allows people to be in total control of their personal sexual experiences rather than enter into a sexual partnership. People perceive that there is little risk or harm when engaging in electronic forms of sexual expression. In actuality, the harm can be very great. The hurt caused by an online flirtation, affair or addiction can rip apart relationships and cause lifelong suffering.

When society urges people to utilize technology to take control and get what they want sexually, when media says love is never-ending happiness and when gadgets pull everyone away from loved ones rather than bringing them together, how does anyone find a measure of balance and healthiness in their love life?