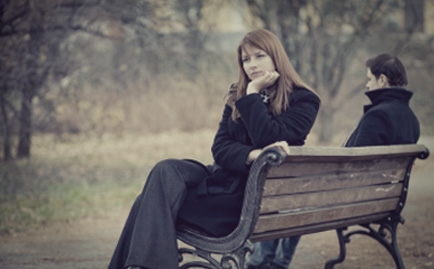 CNN recently posted an article that shares the latest update from PEW researchers about cohabiting couples. Their research found more couples are living together, splitting cost and making it just fine, apparently better off than married couples. The U.S. Census Bureau records more than 12 million unmarried partners live together in 6,008,007 households [American Community Survey: 2005-2007]. And, according to Vital Health and Statistics, 55 percent of different-sex cohabiters do marry within five years of moving in together. Forty percent break up within that same time period, and about 10 percent remain in an unmarried relationship for five years or more.

On PEW’s website, their research suggests “… living as an unmarried couple typically is an economically productive way to combine two incomes and is a step toward marriage and childbearing.”

Based on their surveys, they are promoting cohabiting and are calling it a financially sound decision. But although this theory appears probable to some, I can’t help but argue this still doesn’t make cohabitation the best decision from a practical and spiritual perspective.

When I was single, I never officially moved in with my ex. But, more often than I expected, I ended up spending the night at his house. At that time, my current uncomfortable living conditions gave me an excuse to stay with him. When I was there, it was as if we were married. I’d wake up in the morning and we’d stand before the sink getting ready. He shaved, while I applied makeup. We both got dressed and headed out the door for work. A typical day, followed by my trip to the grocery to grab something to eat, prepare dinner and finally we’d sit down to eat and discuss our day. Sounds a little innocent, right? Well, unfortunately, as  a Christian woman, conviction constantly hovered above my head like a thick fog and I could barely see what was really happening.

Although my case wasn’t because of financial gain, it still didn’t seem right to me. I knew there was something particularly strange about why I was practically living with someone who I was not married to and acting like his wife. We discussed bills—my very private financial situations—and much more at the dinner table. I cleaned up after him—including the hair he left in the bathroom sink from shaving. Yes, it was deep. I treated his place like it was my own. And, to add insult to injury, our relationship suffered greatly because of it. We both knew we were wrong and we weren’t even having sex.

If you ask a group of single people whether or not living together is right or wrong, you’re going to get many different responses. In fact, I recently overheard a conversation that discussed this very issue. The comments were unsurprising. The majority support co-habitation because “how else would you get to know someone if you don’t live with them?” However, I beg to differ, for both practical and biblical reasons.

Cohabitation can devalue the idea of marriage.

I’ve heard some single people say, "Why get married when we have everything we need right here?” The problem with living together is that it doesn’t promote true commitment. Some may argue and say that it is a sign of commitment, but that’s not true. It actually proves the opposite. By cohabiting, you’re telling them they can live with you, but they don’t have to marry you. That’s why you see so many couples living together and not getting married. I’m sure we can all agree that many people have devalued marriage anyway. That’s why it’s a popular thing to just live together instead of entering into the covenant of marriage.

We hear that in marriage finances is a top reason for divorce. If you think the statistics about cohabiting is something, hearing about the 51 percent divorce rate within the church would really set it off. It’s troubling. I believe that because of the statistics, many are deciding to live together so they can learn to manage their fiances together first before they get married. Well, the problem is that this is one sure way to bring unnecessary hardship into your relationship. You’ve likely heard people say something like, “You can mess with anything, but don’t mess with my money!” It’s because people value the almighty dollar. People work hard to survive. And sharing or splitting cost with someone can (and most often times does) put a strain on the relationship because of its enormous responsibility. Just like a tenant has the right to evict someone who doesn’t pay their rent on time, so does the person you’re splitting cost with.

In marriage, the difference is stability—or at least, it should be. You can work out your financial hardships with someone you’re married to. My husband and I can attest to experiencing that. You don’t just bail out because the money is tight and times are hard. But when you’re single and if you’re struggling to share rent, the mortgage, utilities and other responsibilities, you can leave that person at the drop of a dime if you wanted to.

Cohabitation is an open door to temptation.

One of the biggest arguments people have when they are living together is, “We aren’t sleeping together.” Truthfully, whether you’re sleeping together or not, you’re still opening the door to allow an immature spiritual connection to take place—a fake copy of the real intimacy that should only be released after you jump the broom. In the event the conversation comes up, I encourage you to stand firm for holiness and say no. The Bible says we should flee from the very presence of (evil) temptation (2 Timothy 2:22). Making that commitment opens the door for temptation to intensify; getting in a car to drive to someone’s house may take longer than walking down the hallway—but it also gives you more time to think carefully before making a mistake.

As Christians walking on this journey of faith, we are the ones the youth look up to as examples. If we continue to live together, how does that look to our youth who are already a part of a sexually perverse generation? As much as we don’t think they should, appearances often do matter. It’s important to set a proper Christ-like example. Living together is not the way to do that.

What do you think about cohabitation? Is it ever OK? Why or why not?

Kennisha Hill is a faith-based author, speaker and journalist who examines hot topics from a Christ-centered perspective. Visit her site and sign up for her e-zine, Faith.Hope.Love.

Ripples of Hope in South Africa

How to Develop a Vanishing Community