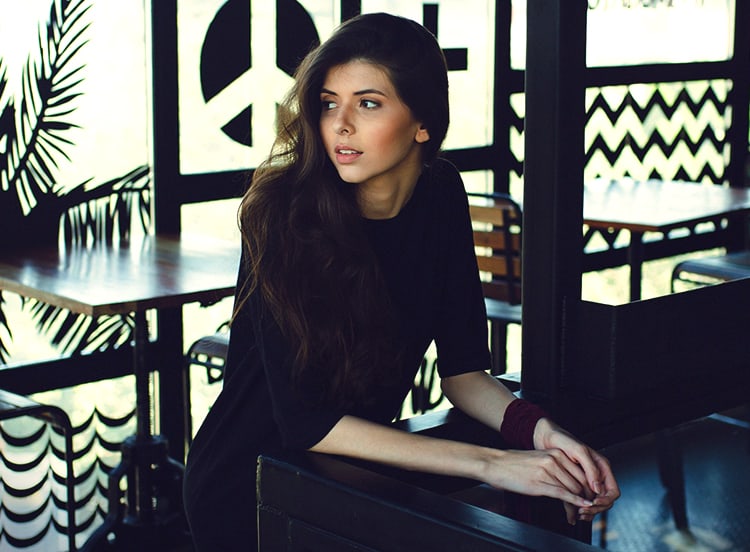 A friend recently shared the article, “Are Christian Guys Not Taking Dating Seriously?” on her Facebook page. She garnered many responses running the gamut of support, qualifications and criticism. The gist is: It’s complicated. The author, a man, looks critically at Christian dating culture and the ways that men feed into some unhealthy trends that have infiltrated the Church.

Because of his poignant observations, a woman is tempted to lift up her hands with a loud and hearty, “Amen!” We have shared these sentiments for years; the men are finally catching on!

Let’s withhold our excitement for a moment, though, and ask ourselves: How do we factor into this equation?

Are you willing to surrender your obsession with finding your soul mate?

Maybe we watched too many princess movies as kids. We long for our Prince Charming to sweep us off our feet and live for the moment when he finally will. Guess what? We’re designed that way. When we look at the ultimate marriage between Christ and His Church, Christ is clearly the dashing knight we’ve always dreamed of. He will stop at nothing to win our affections.

I don’t want to belittle a woman’s desire for marriage. That is also biblical, just as a call to singleness can be, and God places desires in our hearts for a reason. Regardless, we have got to stop the inward dialogue that questions whether or not every somewhat attractive, single, godly seeming man is the “one.” We enter into this immediate evaluation of their character, the timing, our prayer life, mutual friends and interests, etc., Next thing you know, we’re playing a love story in our head that hasn’t even happened.

We need to stop obsessing about finding our soul mate because we already have one. His name is Jesus. It’s not corny. It’s not cliché. It’s the truth. No wonder our brothers in Christ scare easy, we’ve made an idol out of marriage and that won’t end well for anyone.

Speaking of brothers in Christ … is that how you treat the Christian men in your life?

We will encounter a multitude of relationships with other believers throughout our lives. They will be friends, authority figures, mentors, disciples and maybe even a husband one day. There are many roles that God has designed and accounted for within His body, but the most important one that we all share is that of His children—heirs to the King.

We cling so desperately to the security that dating labels bring. Maybe it’s “talking” or “courtship.” Maybe it’s “boyfriend” or “best friend” or “fiancé.” Defining a relationship is important, but the moment we find comfort in that alone is the moment unfair—and often un-communicated—expectations find their foothold.

There is freedom in recognizing that, above all else, these men are your brothers in Christ. This fosters respect and puts the intensity factor that we often associate with intentionality into perspective. It brings us from a critical posture into a spiritual one where we recognize God’s sovereignty and conduct our relationships with His grace and love, trusting in His direction.

Are you willing and able to genuinely communicate?

My mom has a famous saying: Communication is the key to every relationship. Oftentimes we place this ball in the man’s court and passively expect him to facilitate conversation perfectly tailored to our specifications and needs. Then we hold un-communicated hurts and disappointments against them. How a man communicates and leads a relationship is important, but we cannot expect him to carry the burden alone. Hiding who you are, what you think and what your desires are prevents a man from knowing whether or not he could potentially lead you one day in marriage.

We, as women, don’t often reflect on the role of submission when we dream about marriage one day, but I can guarantee you that leadership is on the forefront of many godly men’s minds. Just ask around. As we communicate concerns, express feelings and resolve conflict we sharpen one another and learn whether or not we are willing to submit to another’s communication style.

Is pride getting the best of you?

An exercise I’ve noticed within Christian circles is this concept of a “list.” You write the “list” of who you want your spouse to be, and then you write another list of who you need to be in order to “get” this fictional all-too-perfect spouse you have created.

Everything My Church Taught Me About Sex and Marriage Is Wrong

Don’t discount your intuition. Sometimes you know that it just won’t work and that’s OK. But when that sweet, kind of quiet guy who loves Jesus works up the courage to ask you on a date and you resist because the guy you envisioned is a really funny extrovert who leads worship, question your heart. You aren’t signing a marriage certificate; you’re getting dinner. You never know what the Lord may reveal regardless if it’s only one date or the start of forever.

Can you let go of your frustration and just enjoy the process?

There is a mounting frustration that guys aren’t making moves. Trust me, I was there. I was surrounded by a ton of beautiful, godly women and awesome, godly men and no one was going on dates. Why wasn’t everyone just getting hitched already?! I was among the women who would have immediately hollered “Amen!” at the article about men’s dating hang-ups. Through that season, I became bitter and annoyed. It wasn’t until I was sharing my frustrations with one of these awesome, godly men who should have been asking those beautiful, godly women on dates that I realized how petty my attitude was and how little I was trusting God in the process. It was a really subtle shift that I barely recognized but had been living in for years.

The fact of the matter is that we don’t make it easy for a lot of these guys. There isn’t a clear-cut guidebook in navigating Biblical dating and they want to love us well. Godly men take intentionality seriously and will do anything to avoid breaking our hearts.

Being single is hard. I think it’s something that is often easier appreciated in retrospect. Though the challenges of the giant question mark that is your future spouse are real, it’s so important to actively fight to let go of that impatience and bitterness. Scale down the intensity factor and take things one day at a time. Be honest with the Lord, but fight to embrace His journey. It’s way better than anything you could have come up with, trust me.

is a native to Orlando, Florida and currently works with KLIFE, a youth ministry with chapters throughout the US. She received a B.A. in History from the University of Central Florida, an MBA in International Business from John Brown University and completed an 8-month discipleship program at the Kanakuk Institute. She was recently married to Joshua and resides happily with him and their dog, Maizey, in the Sunshine State.