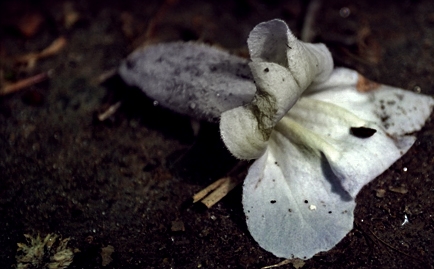 Cosmo and Maxim aren’t the only places that lie. The Christian community—the church—also perpetuates some false ideas about sex. The church’s intention, no doubt, is noble and laudable, but in its fervent determination to preserve sex for marriage in a broader culture that is ever more hostile to Christian sexual ethics, the church tells a few fibs of its own.

Lie #1: Premarital Sex Is Guaranteed to Make You Feel Lousy

A theme that runs through many Christian conversations about sex is the insistence that if we have premarital sex, we’ll feel bad about it. If we go to bed with our boyfriend, we will feel wracked with guilt, or, even more likely, we’ll wake up in the morning feeling lonely and bereft.

To be sure, that is sometimes true. Sometimes after a one night stand, or after sex with your girlfriend of two years, or even after kissing a guy you don’t know very well, you feel lousy. You feel ashamed, or alienated, or lonely, or just plain down in the dumps.

But sometimes it is not true. Sometimes, even after sinful sex, a person will feel fantastic. Consider one unmarried woman’s reflections on her first sexual experience: "Because I felt so safe and comfortable, it was a beautiful experience, which grew into more fun and playfulness and touching and love throughout our four-year relationship …. [When I told my dad I’d had sex, he] wanted me to feel guilty, but I didn’t; I felt sure of myself and happy in my relationship."

The second myth that pervades Christian conversations about sex—and I should admit that this particular myth really ticks me  off—is the notion that while men are randy brutes, raring to leap into bed at the first opportunity, women don’t really like sex, and aren’t that interested in having sex (premarital or marital). The idea that women aren’t that interested in sex is certainly not new, nor is it uncontested. For much of Western history, women were thought to be less rational, and therefore more likely to abandon themselves to passion, than men. But beginning in the seventeenth century, women (in particular, white women) came to be seen as less passionate, less interested in sex, frankly less carnal, than men. Women might dispense conjugal favors, but they didn’t crave sex.

Current opinion—popular and social-scientific—suggests that men’s and women’s libidos are actually quite similar. Over 57 percent of 800 women surveyed in 2004 said "they want more sex, no matter how much they are actually having." Adolescent girls are exuberantly, daringly sexual. Getting into a debate about who is more interested in sex—men or women, teenage boys or teenage girls—is futile. It is sufficient simply to acknowledge that women have libidos. Many unmarried women want to have sex, not simply because they are trying to please their boyfriends, but because sex is enjoyable for women, too. Women’s bodies (like men’s bodies) are wired for sexual pleasure. Women (like men) crave the emotional connectivity that sex seems to offer.

This anxiety about bodies runs counter to the radical embodiment of the Christian story—which unequivocally proclaims that we were created with bodies, that God called our bodies good, that Jesus came as a body and saved us with His body, and that He is and we will be resurrected as bodies. As Paul tells the Corinthians: "You were bought with a price. So glorify God in your body."

And yet Christians have been beset by ambivalence about bodily matters, especially sex, from Paul’s day to the present. Many of us share a sneaking suspicion that bodies don’t matter. Or we’re confused about what role bodies play in our spiritual lives. Or we think of Christianity as something we do with our souls and minds and hearts; our bodies get sort of left behind.

But somehow the church still manages to convey anxiety and discomfort about sex writ large. In subtle ways we hear that the body is not important. We don’t get much teaching on caring for our bodies or thinking about the food we eat, and as teenagers and single adults, we are told over and over not to have sex, but no one ever encourages us to be bodily or sensual in some appropriate way. Thus, many of us find it hard, once we marry, to accord sex respect, dignity, pleasure, or value; we’ve learned to reduce sex, and everything else bodily, to something that has only utilitarian function.

Rather than spending our unmarried years stewarding and disciplining our desires, we have become ashamed of them. We persuade ourselves that the desires themselves are horrible. This can have real consequences if we do get married. We spend years guarding our virginity, but find, upon getting married, that we cannot just flip a switch. Now that sex is licit, sanctioned-even blessed by our community-we are stuck with years of work (and sometimes therapy) to unlearn a gnostic anxiety about sex; to learn, instead, that sex is good.

For more from Lauren Winner, check out her conversation about spiritual practices with Don Miller, from the Convergence series.

This article is excerpted from Real Sex: The Naked Truth About Chastity (Brazos Press, 2006) by Lauren Winner. All rights to this material are reserved. Material is not to be reproduced, scanned, copied or distributed in any printed or electronic form without written permission from Baker Publishing Group.

How (and How Not) to Bring Christ to Work