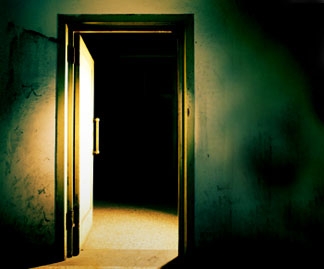 Another reason those years were weird was because I went one step further by agreeing to speak about being a virgin on some British TV talk show. It turns out the host of that TV show was kind of famous. (He had a new movie come out last week called Bruno.) He specializes in making idiots of people through the magic of editing. For our episode, he took over two hours of footage and edited it down to six minutes of silliness. I laughed a lot when I saw it. It was funny. He kept calling me "Virgin." HBO aired it. And so did dozens of other television stations all over the world. It’s amazing that you can be on global television and make $0.  When I was asked to use one word to sum up my position on the issue of sex, I said, "Nobility." It was a weird word to use. I gained the nickname "Nobility Virgin" on message boards. I still get emails and Facebook messages to this day. I’ll probably get more after this article comes out. (I wrote an article for RELEVANT about my experience.) Just a heads-up: If you get a phone call from an unidentified British TV station and they ask you to come be on their show, you might want to investigate further.

Before we begin, let me say that if you don’t believe that the Bible is fully trustworthy, inherent and divinely inspired as the words of God Himself, chances are you going to find yourself disagreeing with a lot of what I say. This belief is fundamental to how I see the world and how I interpret who Jesus is (seeing as the Bible is our source of knowledge of Jesus, I find it odd that so many people believe in Jesus and yet reject the authenticity and authority of Scripture). I believe that God outlines in Scripture His clear desires for humanity and that includes human sexuality. So when you read this, I do so not to espouse my own ideas of truth, but instead I hope to reverently convey the truth of God given to us in Scripture. Scripture precedes all things as defining truth.

This is the reality of intimacy that Paul described when he wrote, "Your life is hidden with Christ in God" (Col. 3:3).  These are words of deep intimacy and closeness.

This intimacy leads to total pleasure found in God. The psalmist wrote "In Your presence is fullness of joy; In Your right hand there are pleasures forever" (Psalm 16:11).

As a living example of the marriage, intimacy and pleasure we are to find in God, He gave us the gift of marriage here on Earth. "For this reason a man shall leave his father and mother and shall be joined to his wife, and the two shall become one flesh. This mystery is great but I am speaking with reference to Christ and the church" (Ephesians 5:31-32).

In the end, all of these things point to God’s glory and our own personal good. Scripture paints an image of a complete union between us and God. When we attempt to find fulfillment outside of God’s design, we may find temporary enjoyment, but ultimately it leads to pain, disconnection and death. It’s like donuts. They are delicious and when I eat them, a smile emerges from ear to ear. But they do not bring a lasting fulfillment and when my life is littered with donuts, it ultimately leads to pain, disconnection, death and husky jeans.

Media offers us fantasies. The men and women of magazines, movies and pornography are not ordinary people. In fact, usually their bodies have either been airbrushed or implanted in some way as to make them different than the way they were born. In my singleness, I saw enough of these types of women that I began to believe it was realistic and fair to expect a future spouse to live by these standards of appearance. When I cultivate these ideas and images in my mind, I create an idol that replaces a total and complete love for my wife. I replace Christ as my treasure who guides my life and keeps my mind whole and healthy and I make my fantasies my treasure. "For where your treasure is, there your heart will be also" (Luke 12:34). When I give my mind over to these fantasies, it is lust. "But I tell you that anyone who looks at a woman lustfully has already committed adultery with her in his heart" (Matthew 5:28). How can a spouse in the real world ever compete with the on-demand response of our fantasies that masturbation encourages?

As a man, I am called to have a sanctifying love for my wife, "that he might sanctify her, having cleansed her by the washing of water with the word, so that he might present the church to himself in splendor, without spot or wrinkle or any such thing, that she might be holy and without blemish"  (Ephesians 5:26-27). My bride should become more beautiful and more whole and lovelier as time passes. Masturbation isn’t a recipe for that. In fact, it makes her feel less-than whole, less-than complete, less-than desired. When I give my time and affections to some fantasy woman, it communicates to my wife that she is not desirable. When I do not come on to her, it makes her feel unattractive. When I disconnect from her repeatedly, it breaks down the “one flesh” that Scripture talks about and leaves us both incomplete.

As a man, I am called to have a selfless and attentive love for my wife, "In the same way husbands should love their wives as their own bodies. He who loves his wife loves himself" (Ephesians 5:28).

The Problem With Casual Dating

"I appeal to you, brothers, to watch out for those who cause divisions and create obstacles contrary to the doctrine that you have been taught; avoid them. For such persons do not serve our Lord Christ, but their own appetites, and by smooth talk and flattery they deceive the hearts of the naive. For your obedience is known to all, so that I rejoice over you, but I want you to be wise as to what is good and innocent as to what is evil" (Romans 16:17-19). Our desire as Christians is to be known as people obedient to God, not as people who serve our own appetites.

If I could go back to the 23-year-old that wrote those words, I would first punch his throat because a dude trying to justify his own sin is a dangerous dude and deserves a good throat punch. Then, I would encourage him to not share his thoughts publicly yet. Instead, I would encourage him to grow some roots in a community that loves the Scriptures and boldly loves their neighbors. I would encourage him to confess his sin to other Christian men and to keep holding out for hope that God has better things in store for him. If I were allowed to tell him the future, I would tell him about the beautiful woman he was going to meet two years later and that he was going to become so insanely in love with her that he will find new victory over sexual temptation like he’s never known before. I would warn him that temptation would still spring up and that he’d better keep his guard up because the moment he thought he had victory would be the moment he fails and that his unrepentant sexual sin will cause him public shame. But more than anything, I would remind him of what he always knew—that God loves him too much to let him stay where he is, and that even though it’s painful, that God is at work and making all things new—including him. And that grace is big enough to cover his mistakes—even when he writes articles full of stupid advice and then has to go back and correct them.

Jesse Eubanks is a program director for an urban missionary program and lives in Louisville, KY with his wife and daughter. This article was written in the context of community with input from many wonderful spiritual leaders and friends.

You, Too, Can Be a Cocktail Party Wonk