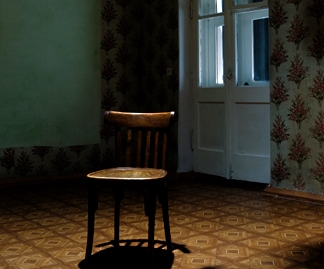 Jesse L. Eubanks is the worship director for The Port Community Church in Philadelphia and a musician.

Josh Hatcher is the father of three small children, and the husband of a hard-working stay-at-home-mom in rural Pennsylvania. Josh is a freelance writer, graphic designer, musician and youth leader.
Editor’s Note: Comments are enabled at the end of the article (page 2).

There is no way around the fact the majority of Scripture that discusses sexuality does it in two ways — 1.) the celebration of sex within marriage and 2.) the inflammation of sexual desires from sources outside God’s design of a man and a woman united in marriage.

Well, we agree on many points, and I think that I should retouch them briefly to establish some common ground.

We also agree that sexual immorality is wrong, that lust is wrong, and that masturbation in the lives of those called to celibacy is wrong. Sexuality does have its place in all our lives, but along with that comes a lot of warning labels, and some of them glow in the dark like the Mr. Yuk stickers that tell you which bottles under the bathroom sink are poisonous. But every now and then, we come across a scenario that is not as clearly written in stone, and we must turn on our spiritual goggles and tune in to the word of God to determine what is safe.

In Scripture, sexual immorality is sometimes discussed in terms of specific behavior (Leviticus 20:10-21). However, sexual immorality was perhaps so well understood in the Hebrew culture that the authors of many of the books of the Bible had little reason to define it. We find it used most often in a very broad ways—language that implies the recipients already understood the expected behavior (1 Corinthians 5:1, 1 Corinthians 6:18, 2 Corinthians 12:21, 1 Thessalonians 4:3-6). Now though, we live in a society and world far removed from those days, where sexual immorality has been defined time and again, now leaving us with a muddy picture of unclear outlines. In the books where sexual immorality is outlined more clearly, it dives into the realm of who to sleep with or who not to sleep with (Leviticus 20: 10-21). God instructs his people not to have intercourse with animals (Leviticus 20:16). God tells men not to have intercourse with women during their menstruation period (Leviticus 20:18). Jesus talks of lust (Matthew 5:27-30), Paul of sexual offenders and adulterers (Ephesians 5:3, 1 Corinthians 6:9-13).

Sexual immorality is not completely outlined for us in Scripture. I offer the previous verses as pieces to the picture. They show us some of the things that are clearly black or clearly white, but they also remind us that much of the specifics we search for are somewhere in the gray area. They also leave room for the extremely unpopular belief among modern Christian culture that there are some cases where things are not universal—some actions are sinful for some and not sinful for others.

I do not see evidence that the sexual practice of masturbation necessarily falls into the category of sexual immorality for everyone. I am no fool though. I do see that it walks a fine line—a fine line because of the necessary discipline of the mind it requires. And the thoughts of the mind should not be questions of, "How far can I go?" but rather seek the desires of "Lord, I want to offer you all of my being." Anything desired more than God himself, any sin we are willing to commit knowingly to obtain something, any thought that if committed would be a sin, is still wrong and contrary to God’s commands for his people. It is sin.

So, to answer your question, "Is masturbation really a healthy practice, considering the fine lines of lust and addiction that surround it?" There are many people that are over eaters. They eat too much. They are food addicts. That does not mean all people should shut down eating food all together because of the potential dangers involved. It means that we should guard what we eat and balance our eating habits with the rest of our lives. It means that those with eating problems should receive encouragement, help and support and continue to ask for God’s grace and mercy. On a lesser level the same principles apply to sexuality. (I say lesser level because sexuality is not essential for survival and life in the same way that food is.)

What our whole debate comes down to, and what will be the subject of many message board debates is the age-old question regarding moral absolutes and where the fall in relation to life. The truth is, I waffle in my understanding of right and wrong frequently. I believe that there must be moral absolutes, or none of it makes sense. But to say it is always wrong to kill someone takes on a new meaning when the lives of my family are threatened, or when our country must defend itself. So in procession, I need to define my own convictions and explain them in common sense. In other words, you will probably not hear me say, “The Bible says…” I do believe that the Bible is our standard, as God’s holy Word. But the minute I start to comb through it looking for a verse that tells me to do or not do something, I have slipped in my understanding of “living by the law” versus “living in the Spirit.” Paul’s explanation is that all things are permissible, but not all things are beneficial.

In general terms, we are all sexual beings, and each of us has sexual desires and hormones that define our buttons for what turn us on and off. That is the way we were created. That cannot be changed. A large debate could be made specifically about the reason that sexuality itself was created, but to steer clear of another endless debate, lets just assume the common position that sex was created to bring a married man and woman closer together as one flesh. In that, there is also a picture that reminds us of Christ’s level of intimacy and self-sacrifice for the church.

When that conditioning meets a married relationship, look out. The man has conditioned himself in such a way that endurance is minimized, and the woman has conditioned herself to a certain rhythm or pattern, and the result is both parties are incapable of enjoying the same satisfaction as they would have had they not been conditioned.

In the life of a single person, with no intent to marry right away, it may seem harmless and even enjoyable. However, it’s like playing with fire. In proverbs, while speaking about an adulterous woman, the writer said, “Can a man scoop a fire in his lap without being burned?” And in common sense that applies to any dangerous activity. Can a man play Russian roulette without shooting his head off? Sure, if he’s lucky.

Did we get anywhere with this debate? Basically I wonder if we did any more than get people to feel free to talk and think about it. That’s the first step. Taking it out from under the covers and into the open. If we hold the whole thing up to the light, and examine it with a willingness to keep it or let it go, only then can we really see God’s will on the issue. We have cloaked individual sexuality with such shame, that those who do struggle with sexual sin can’t seek help. Millions of Christians struggle with sexual addictions, lustful attitudes and other sexual sin. There is hope.

How to Develop Student Leadership