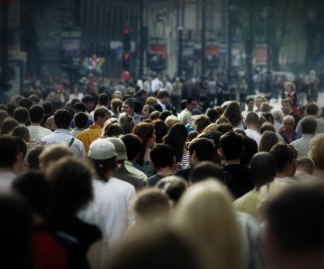 The email arrived early one morning from my neighbor friend Judie. Part of getting to know Judie involved sharing our respective spiritual journeys. I shared how discovering God’s unconditional love and acceptance in Christ was changing me. We both experienced Jesus as love and peace, and we were encouraged by Jesus identifying these as distinguishing characteristics of His disciples. Judie is someone who holds the highest regard for Jesus Christ and considers Him her role model, yet she never dug into the world of religion, or its accompanying teachings and specifics about the life of Christ. Let’s just say her interactions with Christians didn’t spark a motivation to engage whatever it was they were focusing on. In one conversation, I mentioned that Jesus’ first followers lived out His example and teachings with such devotion they became known as “little Christs.”

Judie had been mulling over my “little Christs” comment and came to a disturbing conclusion, which she expressed in her email. Jesus’ message, displayed in His life, was love and peace. His first followers accepted that reality and lived it. But pondering the present world and her own life experiences, she was left to wonder: “I kept hearing the song ‘Where have all the flowers gone?’ in my head, except I was hearing it with the words ‘little Christs’ … ‘Where have all the little Christs gone?’” It was more than a clever rhetorical question. Even though her personal goal in life is being the same love Jesus is, Judie didn’t seem to cross paths with many choosing to live this way, though many people call themselves Christians.

She has a point. Many people choose to fill their world with hate, hurt, division, fear and despair even though we are all desperate for love and peace. Statistically, the world is chock full of “Christians”—intelligent Christians, artistic Christians, successful Christians, churchgoing Christians, politically active Christians—but what about “little Christ” Christians? Christians who risk everything for love? What about Christians who love indiscriminately, unconditionally and sacrificially? Apparently, these kinds of Christ followers are MIA. Every now and then, one like Mother Teresa pops up and we practically create a cult around them because they live an existence so decisively beyond our normal way of living.

I worried a bit that perhaps I talked too much about love. What I’m finding myself is that virtually every aspect of knowing God is related to love. Here are several examples of how love altered my understanding of God and my relationship with Him and others.

Before: God is synonymous with religion.

Now: God is synonymous with love.

Before: Christianity is a belief system.

Now: Christianity is a school of love carried out in apprenticeship to Christ.

Before: God hates sin because it disgusts Him.

Now: God’s motive for hating sin is love. Sin causes hurt and suffering for me and others.

Before: I primarily experience God through religious rituals and acts of obedience.

Before: Christian living is trying harder to be more and do more.

Now: Christian living is an overflow of God’s love in me.

Before: My source of love is outside myself and I’m dependent on others to supply it.

Now: My source of love is within me and while I enjoy the love of others, I’m not dependent on it and can freely love others without the expectation of receiving love in return.

Before: I am created in God’s image, which means I have the capacity to make rational choices and exercise my free will.

Now: I am created in the image of perfect love, which means love is the core of my identity and I can choose love.

Before: The main thing is getting people to adopt my beliefs about God.

Now: Loving people creates desire within them to know God.

Before: Somewhere out there is God’s purpose for my life and I must find it.

Now: At every moment, God’s purpose for me is to be love.

Before: Being “in love” is some temporary euphoric guy-meets-girl experience.

Now: Being “in love” is walking in the conscious awareness of and dependence on God’s love in me and as me.

10 Ways to Simplify Your Life

Before: Tough love is withholding love from others as a means of disapproval or attempt to bring change.

Now: Tough love is loving others without condition, regardless of the result.

Before: The most powerful force on earth is hate.

Now: The most powerful force on earth is love.

Being love comes with its own supply of courage and conviction, but people concerned about their reputation need not apply. Love often requires relationships with others, and those “others” might not meet the societal standards of normalcy, which can stir up controversy. During my religion days, I essentially classified people into three groups. “Believers” were the in-group of people on the same page with our main beliefs and practices. “Unbelievers” were those we associated with in some way, hoping to convert them. Normally unbelievers were very similar to me in terms of race, culture and lifestyle. The third group, “really bad people,” is actually a subset of “unbelievers,” but we pretended they were in a different group altogether. These people’s beliefs or behaviors seemed to epitomize everything we were against or didn’t believe in. The group was mostly comprised of people with erroneous theology and/or politics, or grossly immoral behavior. It was not appropriate for believers to hang out with “really bad people.” This is where the religious version of “tough love” kicked in—withholding love altogether.

Now I see these limitations I placed on love had no basis in the life or teachings of Jesus. Jesus pretty much undid my comfortable theory of love when He said, “love your enemies.” This is a reminder that love is the foundation and, as such, a prerequisite for peace. The religious establishment condemned Jesus for hanging out with “sinners.” They had limits on their love; Jesus didn’t.

For many years, following Jesus’ example of love was implausible because my religious logic pitted my belief in God’s “holiness” in conflict with God’s “love.” At times it made God seem schizophrenic. One minute God was too holy to look upon sinners; the next minute He was hobnobbing with the worst of them. The Christian belief system I constructed rested on the notion that God rejects sinners. Yet Jesus offered unconditional love and acceptance to them (us). Religion often implies one must “clean up your act” before receiving anything from God. Jesus, however, had no qualms about leaving open forever the floodgates of God’s favor for people regardless of what condition they were in. Once, when questioned about it, Jesus responded, “It’s not the healthy who need a doctor, but the sick.” In fact, I think Jesus never had floodgates to begin with. In Him, love flowed continuously and without even a means of restraint.

There was a time when I considered Jesus’ emphasis on things like love and peace as a nice but unrealistic ideal. My religious sensibilities told me to grow up and let go of those silly, childlike notions. Instead, I acquired a militant view of life. I was a Luke Skywalker-type Christian soldier in a war, striving to defeat Darth Vader and the evil empire. You were either with us or against us. One way or another, it was all headed toward Armageddon.

I began to change the day I became conscious of and allowed myself to receive and depend on the love and peace of God within me. At the center of my being, I experienced the fulfillment of Jesus’ words, “All things are possible with God.” Having grown up in a love-starved home, I set out into adulthood striving and groping for love any way I could get it. I turned to Christianity in hopes of fulfilling my need in God. Instead, I began chasing the proverbial oh-so-close-but-just-beyond-my-grasp greased pig of works-based love and acceptance. After reaching top status in the world of Christendom, I felt more empty and weary inside than when I began.

The magnitude of my ceasing to strive, and instead learning to rest in God’s love and peace, is sort of like the Cubs winning the World Series back to back and science figuring out how to produce a fat-free Krispy Kreme donut. There may be no greater miracle than a contented Jim Palmer!

As miracles began happening in my life, I started believing in them. Things I once considered impossible now seemed possible with God. A new kind of logic began forming within me, and I began wondering. If I can experience peace and love, why can’t everyone else? If love and peace are true of my inner world, why can’t they exist in my outer world? If I’m not conflicted within myself, why must there be conflict in my relationships with others? Anything is possible.

Excerpted from Wide Open Spaces: Beyond Paint-by-Number Christianity (Thomas Nelson) by Jim Palmer. (Used with permission). You can see his upcoming book tour dates at his blog http://www.divinenobodies.com/blog/.

Where Am I Wearing Wednesday: Uzbek Cotton