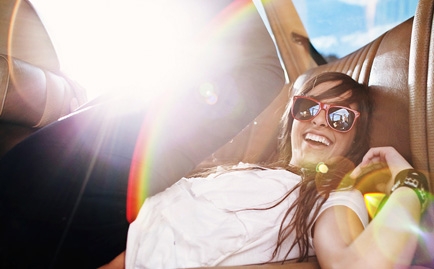 The Temptation of House

For Bryan Coley, 38, the time he spent in his 20s felt like a checklist of accomplishments. There was college, getting a job, advancing in that job, finding a spouse and buying a house. When he reached 30, someone asked him, “If you won the lottery, what would you do?”

He answered, “I’d open up a theater company.” His friend’s response? “Why aren’t you doing that now?”

It was a question that changed his life.

“Having to answer that question forced me to revisit what I was doing,” he said. “It was the best question anyone ever asked me.”

That question clarified his passion—what he was created to do versus what he thought he should do (or what his parents wanted him to do). It led him to become the artistic director of Art Within in Atlanta, Ga.

Many twentysomethings struggle with the transition into the real world. Dealing with the disappointment of a boring job, a failing relationship or a struggling spiritual life can diffuse dreams.

Twentysomething Sarah can identify. “I have this innate sense that there is a larger meaning to my life, that I am meant to do something great,” she said. “And this is somehow leading me to the conclusion that what I am doing right now (and getting paid quite well to do it) is not of great meaning and gives me no passion. Instead, I go through the same motions each day to do just enough to make my supervisor happy and get a paycheck.”

Coley looks back and sees his 20s as a time of preparation and learning. Although at the time, he felt like he was checking off a list of societal expectations, he was able to use the experience he got (attending film school in New York and working at Turner Broadcasting) to springboard into pursuing his dream in his 30s.

“I don’t think you can get around this learning period,” he said. “However, I look back at my time at NYU and think, Man, I wish I could have had the passion I have now and the confidence and security of my talents and gifting during my time at NYU.”

Brian McLaren, speaker and author of The Story We Find Ourselves In (Jossey-Bass), views the decade of your 20s as an experiential one—experiences that help you grow personally, professionally and spiritually the rest of your life. “One of my mentors said in your 20s, you think you’re good at everything, so you try everything,” McLaren said. “In your 30s, you find out you’re not good at some things. In your 40s, you try to get out of the things you’re not good at so you can concentrate on the areas where your best gifts lie. In your 50s, you actually try to thrive in your areas of gift and strength. That’s proven pretty true in my life.”

McLaren advised to get as much experience as you can during these twentysomething years. If you don’t have a clear sense of your passion, dream or calling, then try everything. Be daring, try new adventures, broaden your worldview and build relationships. “Through this, you develop character and insight as you live your life with Christ,” he said.

He stressed the importance of making your spiritual walk a priority. “Of course, during this decade, we often make our most important decisions as well—life partner, career, etc.—so it’s essential to be seeking God’s kingdom first in everything,” he said. “Matthew 6:33 has been my main guiding star since my 20s.”

The Message translation puts it like this: “Steep your life in God-reality, God-initiative, God-provisions. Don’t worry about missing out. You’ll find all your everyday human concerns will be met.”

Kristen McNulty, a 21-year-old university student who lives in Timmins, Ontario, Canada, has a dream to own and operate a radio station. In her free time now, she hosts and produces the syndicated Making A Difference (MAD) Christian Radio Show. She feels taking small steps toward a big goal is all that is required. “When we do take that step, God honors it,” she said. “For some, it may mean going back to school or pursuing a relationship; for others, it may be applying for a job, quitting a job or starting a ministry. It doesn’t matter what the step of faith is; what’s important is that you take that step.”

Shaunti Feldhahn, a Wall Street analyst-turned-author, said when she and her husband lived in New York, their church was full of people who moved to the city to pursue a big dream, whether in the theater or in finance. Very few made it. Their pastor had sound advice. He encouraged everyone to look at their dream as a three-legged stool. The necessary legs are these three questions: What is your dream; what are your skills (as evidenced by what those around you say of your skills); and what are the opportunities being presented to you? If one wasn’t solid, the dream would collapse. “You may dream of being an opera singer, but if everyone around you says you sound like a frog and you can’t get an audition, you may have to recognize that your dream- is not necessarily from the Lord,” Feldhahn said.

Feldhahn’s dream as she worked as an analyst was to write a book. “I thought that was crazy, because all I knew about book writing was that it was impossible to get published,” Feldhahn said.

At the time, Feldhahn was working through Henry Blackaby’s Experiencing God Bible study and was challenged by Blackaby’s observation that Christians often limit God by not responding when He calls us to do something, because we see it as impossible. “And of course, that’s the whole point,” Feldhahn said. “Because if God is calling us to try something that only He can accomplish, it is a God-sized work, not just a man-sized work, and He gets all the glory, not us. Blackaby encouraged His readers to just take the next step, and see if the Lord was opening doors.”

So Feldhahn did what she could. She started writing. But she acknowledged that God would have to take care of the publishing part.

Two days later, an acquaintance put her in touch with an executive at a Christian publishing company. Two weeks later, she had her book deal. Y2K: The Millennium Bug—A Balanced Christian Response became the number one bestseller in the Christian market for four months. She has released six books in the subsequent six years.

“Now, there was absolutely no way I could have accomplished all of that,” Feldhahn said. “And it wouldn’t have happened at all if I hadn’t made that first step of starting to write and actually telling someone that. God knows it is scary to step out and try something, which is why He says, ‘just the next step.’ And then, if that one works, the next, and the next.”

This article originally appeared in a 2005 issue of RELEVANT. Photo by duckduck.

Getting Healthy on the Cheap

A New Kind of Thanksgiving