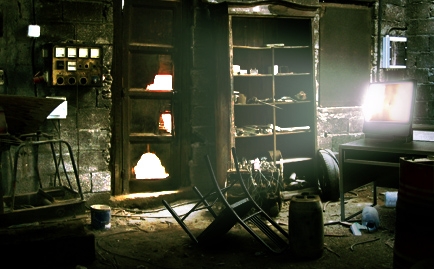 The woman on the phone was emphatic: “I want my husband to succeed.” A bright, resilient 30-year-old not yet past her third anniversary, Faith (not her real name) was describing what marriage had already taught her about sexuality, self-sacrifice … and pornography.

The latter was not something she had expected to deal with.

“I knew he had struggled with pornography in the past,” Faith told me, but she thought this was largely a “result of him not being able to have sex … of him being single. I had no idea.”

“I don’t think there’s a human being alive who’s not affected by it,” says author and counselor Dan Allender. “We live in a debauched era, no question.”

But where some might blame the Sexual Revolution for a loosening of morals, Allender faults an increase in availability and accessibility to pornography and the accompanying sense of shamelessness this produces more than any seismic shift in human nature.

Certainly, if one reads the Old Testament, there are accounts that might give even the most brazen TV talk-show host pause. Why, then, does pornography still have the power to surprise?

Naive though it seems in retrospect, Faith’s ignorance of what drives the largely (but by no means exclusive) male use of pornography makes a certain sense in a Christian culture where lust is so much more often vilified than sins like self-righteousness, laziness and gluttony. After all, aren’t we constantly told to control sexual desire while we’re single? No wonder Paul said that it was “better to marry than to burn with passion” (1 Corinthians 7:9, TNIV).

There have, of course, been other kinds of fire that Christians have faced historically. Blaise Pascal, the 17th-century mathematician and physicist, is famous in religious circles for what some call his “night of fire”—an encounter with God so vivid, he kept the piece of paper describing it sewed in his jacket until he died.

Hearing such descriptions today, we might be tempted to say that sexual longing is merely being mistaken for something spiritual. Notice the inversion: Sex is ultimate; God is secondary. Put so baldly, the heresy is obvious.

But when the rising average age of marriage is combined with the Christian’s call to unmarried abstinence, the ache within can seem less a panting for God than for the sort of companion God created for Adam.

In his book Inside Out, Dr. Larry Crabb blames this on a failure to distinguish crucial from critical and casual longings.

“Nothing can satisfy our crucial longings except the kind of relationship that only God offers,” he writes. By contrast, he defines critical longings as “the legitimate and important desires for quality relationships that add immeasurably to the enjoyment of living.”

“When pleasures of any kind are used to satisfy (or at least to quiet) our crucial longings, then the craving for what only God can provide becomes a demanding tyrant driving us toward whatever relief is available,” Crabb writes.

“There definitely can be this power orientation around sex, that ‘this is about me getting my needs met,’” agrees author and speaker Sally Jane Morgenthaler. “Isn’t that what the Fall is, that we chose ourselves? That self-serving, that narcissism—that is sin. And it’s really graphically portrayed in sexual sin.”

God’s plan for marriage and sex points to the unity intended for His people and originates within the Trinity, she says. “The sexual act is a fusion. It’s a oneness that’s really not achievable except in the early infancy, in the womb. That’s certainly something that we seek with God.”

Because of this, Morgenthaler says, “the sexual act is sold as a pathway to intimacy in that way. But what actually happens in the perversion of it is the escape from intimacy … when we insert power into it. Then it becomes a way for me to escape being known.”

Allender calls this “flight from the human face,” and he says it’s why pornography usually involves far more than sex. As much as we long for closeness with other people, after all, intimacy cannot happen without vulnerability and a measure of exposure.

Because of how these fears and insecurities play out in men’s most intimate relationships, Allender finds that “sex is never [only] about sex—[in particular,] pornography is almost never about mere sexuality.”

Rather, he says, “It’s far more about power.” He acknowledges this is a far darker view of human nature than we might prefer. “It’s almost easier to think, ‘My husband struggles with lust’” than face the larger issue that “the problem is that he’s a coward.” But by the same token, it may be much easier for wives to let a husband’s pornography stir up old fears about their worth and beauty than face their struggle to base identity solely on God’s approval.

One traditional response to pornography has been to do whatever possible to dampen wayward and excess desire—guard one’s speech, dress modestly and so on. However, these measures don’t do much to combat the larger, darker sin behind pornography. So what does it mean to succeed in the fight against pornography if some of the biggest struggles are not lust but insecurity and cowardice? Allender says one key is to “deal with what the real issues are.”

“You can’t confess something until you name it,” he says. “When truth is engaged, the heart is set free.”

Not easy questions to answer, but as Keller explains, the Christian hope is realizing “we are more wicked than we ever dared believe, but more loved and accepted in Christ than we ever dared to hope.” Thus, one of the major ways for men and women to help each other succeed may be pointing to the supreme and perfect success of Jesus on our behalf.

As the author of Hebrews put it: “Day after day every priest stands and performs his religious duties; again and again he offers the same sacrifices, which can never take away sins. But when this priest [Jesus] had offered for all time one sacrifice for sins, he sat down at the right hand of God, and since that time he waits for his enemies to be made his footstool. For by one sacrifice he has made perfect forever those who are being made holy” (Hebrews 10:11–14).

So ultimately, what should we do? “Give grace,” Faith says. “If you want him to really succeed … give him the grace.” As in most areas of sin we encounter, there can never be too much grace. We recognize and confront our sin—and then remember that Jesus forgives us.

Anna Broadway is a writer and editor who works in San Francisco and is the author of Sexless in the City (Doubleday/Broadway, 2008). This article originally appeared in Radiant.

Serve God, Save the World