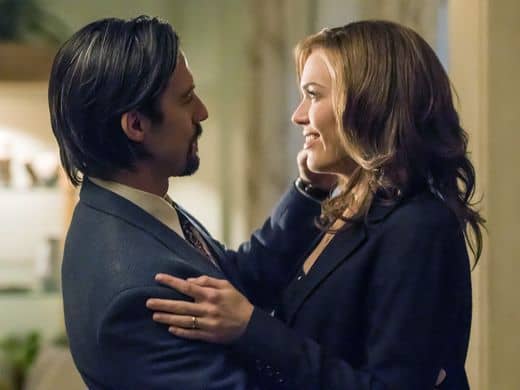 After an entire season and a half of nail-biting anticipation, This Is Us writers finally uncovered the cause of death behind everyone’s favorite TV dad, Jack Pearson.

The episode, titled ‘Super Bowl Sunday’ picked up right where the previous one left off — a kitchen fire, started by a faulty crock pot. And like most (all) episodes in the series following the Pearson family, this one took us on an emotional rollercoaster. Without giving too much away, let’s just say… we are shook.

The stars of NBC’s hit show appeared on The Tonight Show Starring Jimmy Fallon following the heartbreaking episode. The cast revealed that the script pages containing the big reveal were so secretive that the scripts were actually printed on red paper so not to be photo copied and leaked, and that they actually had a password when speaking about the actual event.

Later in the interview, the Tonight Show audience and the beloved cast came together to do a “Big Three” chant in an attempt to soften the blow of Jack’s death, followed by embracing America in a big hug.

We need it after this episode. And maybe a day off of work to mourn.

But Milo Ventimiglia promised that though Jack’s final moments were revealed, this isn’t the end of the Pearson patriarch.

Following the episode, he tweeted, “Just so everyone knows it….#JackPearson lives in all of our hearts. He’s you. He’s me. He’s Us. Thank you all for supporting our show. We love you all. And this isn’t the end of Jack. Stay tuned.”

In the days leading up to the episode, Mandy Moore revealed that she was “not okay” after watching the episodes with her cast mates on Wednesday night. Us either, Mandy.

The series returns with a new episode on Tuesday, which Moore says may be “even more heartbreaking.” Just what we need.