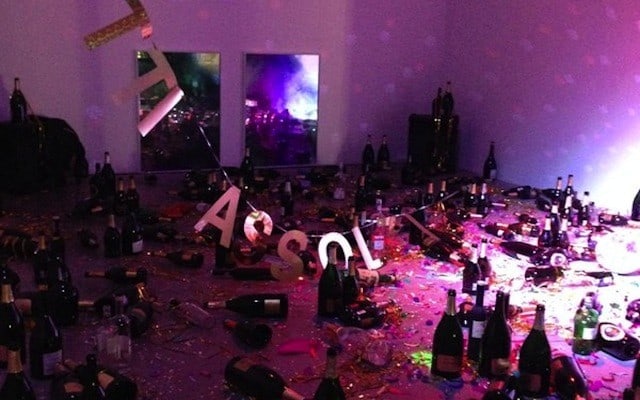 Ever been in an art gallery and thought “I could do that?” Well so do janitors, apparently. A cleaning crew at Museion gallery in Bolzano, Italy recently mistook an installation for post-party refuge (takes one to know one, right?) and cleaned it up. Of course, who could blame them? As described by TheLocal.it:

“On arrival, they found empty bottles strewn across the floor, cigarette butts, confetti and even shoes and clothes. It looked like it had been quite a night, but the cleaning staff were unfazed and set about restoring order.”

Thankfully, the refuse—which was actually a piece titled “Where shall we go dancing tonight?” by Milanese artists Goldschmied & Chiari—was saved before it hit the recycling bin. “It takes more than a broom to wipe out a decade of Italian history and declare an artwork rubbish!” the duo declared to IB Times UK. Party on, guys. Party on.

Have We Made ‘Adventure’ an Idol?