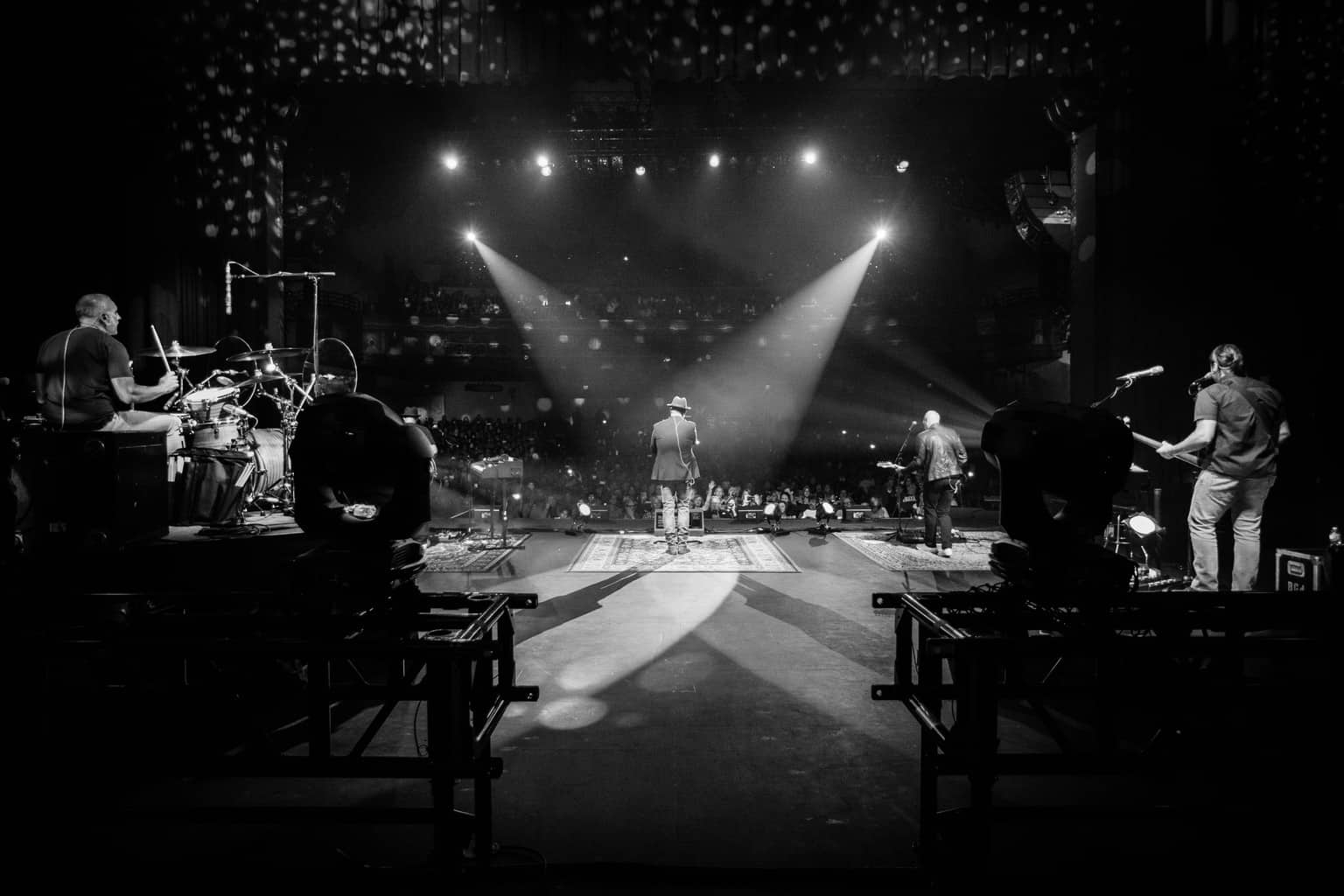 In 2001, Christian rock band MercyMe released “I Can Only Imagine,” a song inspired by a true story that quickly made its way to the top of the charts. The single has since sold over 2 million copies, and is, to this day, the only Christian song to ever reach this milestone.

Now, 17 years later, the story behind the song has been turned into a film of the same name in theaters now. The film follows the life of the lead singer-songwriter of MercyMe, Bart Millard, who wrote a memoir to accompany the movie to give viewers the full story.

To a casual observer, Bart’s childhood looked perfectly normal. But his formative years were marked by constant abuse. Bart was primarily raised by his father, who became a monster after a horrible accident with a semi-truck. Bart became the focal point of his father’s uncontrollable anger and was consistently abused until high school.

RELEVANT had the opportunity to chat with Bart leading up to the release of his memoir, the movie and the song that started it all, as well as his methods of overcoming childhood abuse.

RELEVANT: You share some intensely personal moments in this book following your abuse as a child. Was it cathartic to share these moments?

Millard: If I hadn’t had 20-something years of working through this, there’s no way I could ever do it. It’s still difficult to go back and revisit it, yet there’s something incredibly therapeutic about getting it out there.

Knowing that something possibly good could come out of it, and hearing someone say, “I can relate, I thought I was alone” or whatever … It definitely makes it easier to tell these stories.

Yeah. I mean, I think the movie did a great job depicting this as best as they could without getting an R-rating. My dad was very abusive. He never drank or did any kind of substance abuse. It talks about it in the book, but he had an accident where he was hit by a truck, while doing construction at a worksite. This is before I was born. He went into a coma for several weeks. My mom said that he was always a big teddy bear, loved by everyone, and that he the absolute greatest guy ever. But when he woke up, he was a nightmare. Later on, family doctors say they think it was a lot of the frontal lobe damage from concussions.

And from there he just had rage that he couldn’t control. If someone cut him off in traffic while I was in the car, he would take a swing at me as if he was punching the dashboard. And I don’t think he ever had any regard that he was hitting me, he just needed to hit something. And I happened to be that something a lot. And that’s aside from being a punk kid or needing to be disciplined. A spanking would turn into a fit of rage. So most of my life I lived in fear.

Then, when my dad was diagnosed with cancer, I started to notice this crazy transformation, where he fell desperately in love with Jesus. Just for background, all of the abuse I got was behind closed doors. Most people really loved my dad in town and never knew he was like that, it was like a Jekyll and Hyde situation. The change was also taking place behind closed doors. And for him, if it wasn’t genuine, why bother? Because no one was ever going to know either way. So I’d find him praying. Every night I could hear him through the walls praying, and he would fall asleep with his face in the Word every night. And I would have to go move it, then he’d wake up and we would start talking for hours on end.

It’s really hard to put into words how exactly he changed. But I can say that, if anyone didn’t want grace to be for him, it’s me because I was hurt and angry. And so if it was gonna be convincing, I’d be the hardest to convince that the change was real. But I’m telling you, by the time he passed away … not only was he my best friend, he was the godliest man I ever knew. His heart completely changed, and I wanted my heart to be like his heart.

Did you ever get mad at God for what you went through?

No. I really didn’t. God was always a refuge for me growing up. The only time I actually got mad at God is when my dad completely changed and was my closest friend, and then he was taken from me too soon.

Like, really? The dad I’ve always dreamt of and now he goes? That was the hardest time. I know it sounds crazy after the beatings and everything, but that was really the most difficult time.

What would you say to someone who may be going through what you went through growing up?

I think the biggest thing is, as long as there’s breath in your lungs, don’t assume your story is over. It’s still being written. If you’d asked me, who’s someone that God can’t reach? I would have said my dad 100 out of 100 times. But here we are talking about the most amazing change I’ve ever seen. I wrote him off many times, and we have people in our lives who we feel like there’s no hope for. But there’s always hope, as long as there’s air in our lungs and our heart is beating. No one’s out of the reach of Christ, and their story is still being written. Of course, I don’t know how every story ends, but there’s always a reason to have hope.

You Need to Forget the ‘5-Year Plan’